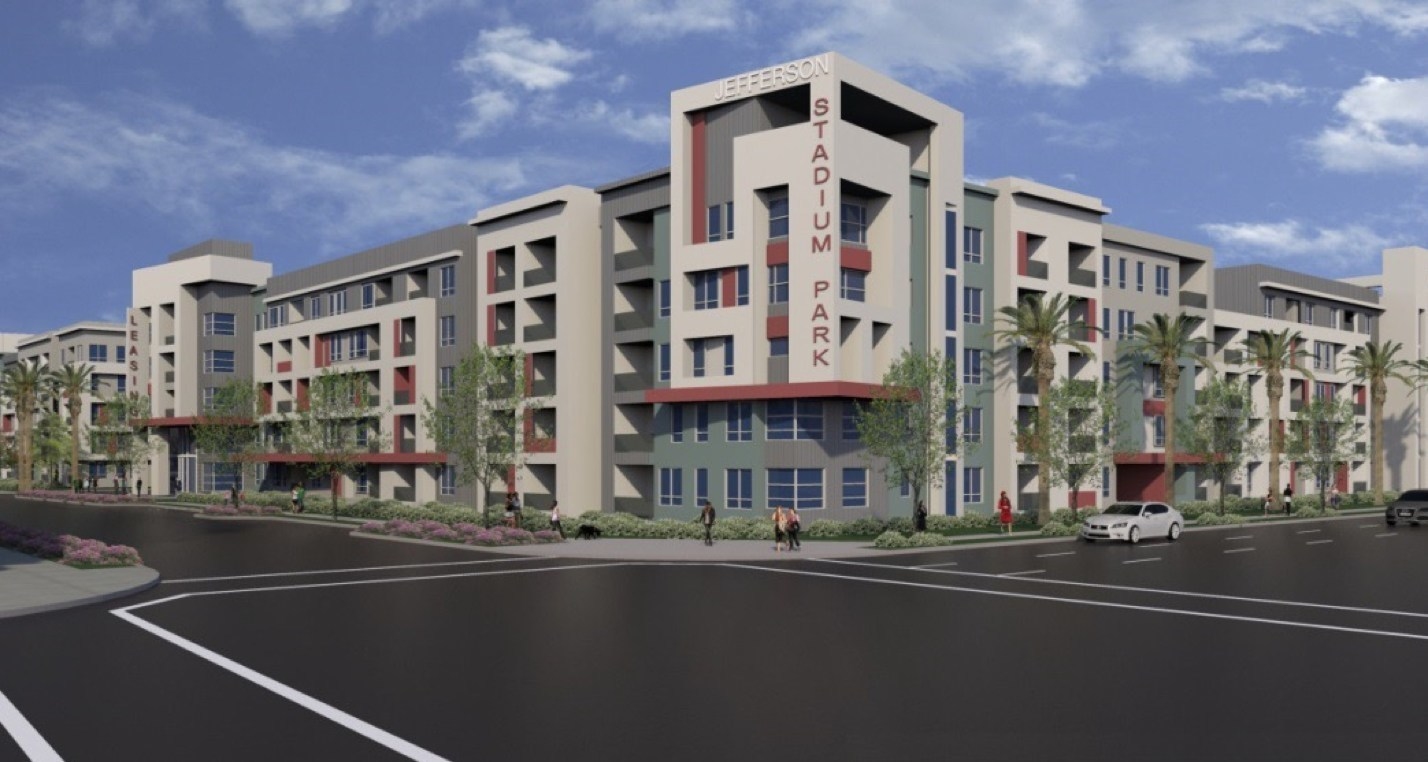 Anaheim, Calif.—The mayor and city council of Anaheim have unanimously approved the development of Jefferson Stadium Park on a 17.6-acre site in the city’s Platinum Triangle. JPI will develop a mixed-use property on the site.

JPI, a multifamily specialist, plans that Jefferson Stadium Park will be a 1079-unit apartment community that also includes a 1.1-acre public park and 14,600 square feet of community-oriented retail. Scheduled to break ground in December this year, Jefferson Stadium Park is directly adjacent to Angel Stadium of Anaheim, on the southwest corner of State College Boulevard and Gene Autry Way.

Residents will have access to Anaheim’s Regional Transportation Intermodal Center (ARTIC), as well as including Major League Baseball’s Los Angeles Angels of Anaheim, and the National Hockey League’s Anaheim Ducks. The development is also one mile away from the Downtown Disney Shopping District, Disneyland and California Adventure theme parks.

The development is the second one for JPI in Anaheim’s Platinum Triangle. Currently under construction is its $120 million Jefferson Platinum Triangle, a 400-unit apartment community located near the intersection of State College Blvd. and Katella Ave., scheduled for occupancy in the fall of 2017.