The buyer, a foundation, owns 1,425 affordable units across Los Angeles. 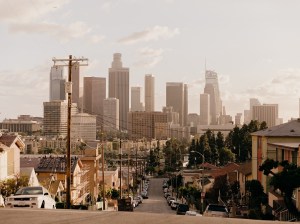 Image by Dillon Shook via Unsplash.com

The AiDS Healthcare Foundation has acquired a 62-unit hotel in downtown Los Angeles for $6.7 million. Leland Hotel will be transformed into affordable housing for the homeless and extremely low-income residents.

Previously known as Rathwell House, the hotel was built more than a century ago. Throughout the years, the three-story building was owned by several individuals. Charles Hoff is the most well-known former owner, whose initials are still engraved on the facade.

The property is located near the intersection of Fifth and South Los Angeles streets, next to the Baltimore Hotel. There is a variety of retail spaces, dining options and entertainment venues in the area. The Pershing Square subway station is within a 2-minute walk.

In 2017, AHS started a housing program to help with the city’s homeless and affordable housing crises. The Healthy Housing foundation spent approximately $183 million for acquiring various residential properties and transforming them. Currently, the foundation owns 1,425 affordable units across Los Angeles.