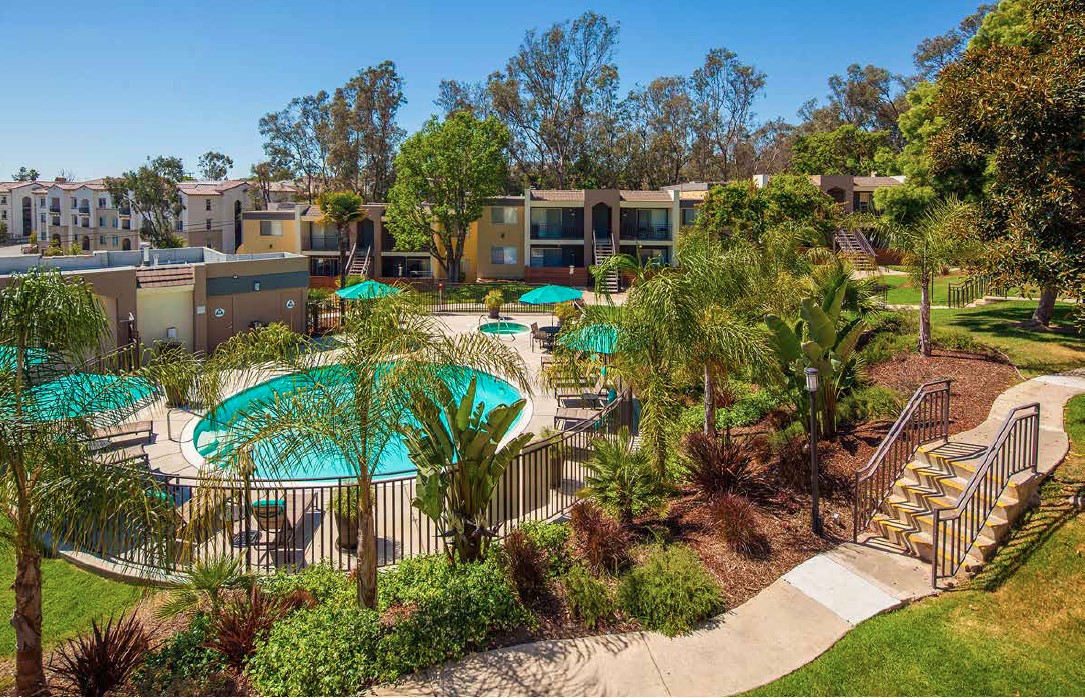 IEC will rebrand the development as The Cove.

“Prior ownership made a series of meaningful upgrades to the leasing office, amenity space and grounds, however, nearly all of the unit interiors were relatively untouched,” Brendan Gibney, IEC’s senior acquisitions associate, told MHN. “This made the asset very appealing as it provided a significant opportunity for upside potential.”

The Cove La Mesa provides residents with a fitness center, a pool with a spa and well-kept grounds. IEC will integrate a series of interior improvements such as installing new washers and dryers along with dishwashers in every unit.

“Installing key in-unit upgrades such as washers and dryers and dishwashers is one of the main ways we will improve the quality of life for residents at The Cove,” Brendan Gibney, IEC’s senior acquisitions associate, said. “By revitalizing the property with these interior improvements, while offering affordable rental rates, we are delivering a product that will attract renters throughout the area and support tenant retention for years to come.”

Located at 7400 Parkway Drive, the Cove is situated just 15 minutes from downtown San Diego, and is close by San Diego State University and its student population of more than 33,000.

“La Mesa is well-positioned to benefit from San Diego’s continued growth. Situated just north of I-8, The Cove is located approximately 15 minutes from downtown San Diego and other major employment hubs throughout the area,” Gibney said. “Over the next four years, median household income in the market is expected to rise by more than 10 percent and IEC expects a depth of demand for renovated rental product such as The Cove La Mesa.”

The region continues to show promising job growth, with the metro creating nearly 29,000 jobs in the past 12 months. It’s also home to some of the most advanced research centers in the U.S., especially within the life science field. Over the past year, local life science companies received 66 percent of the nearly $1.1 billion that was invested by venture capitalists throughout the area.

“La Mesa is gaining ascendancy within the San Diego market,” Boyd said, adding that the median household income is expected to increase 10.7 percent by 2021.

IEC is set to position the asset as a more affordable option compared to Class A apartments in the market, where the current in-place rental rates are trending below market for comparable properties in La Mesa.

According to Gibney, The Cove La Mesa fits squarely within IEC’s acquisition criteria in terms of size, vintage and location.

“As a firm, we specialize in renovating and repositioning value-add assets in durable infill markets throughout California where there is a tremendous opportunity for value creation,” he said.