How to Be a Reputation Management Success Story

Tips on standing out from the competition from experts at the J Turner Summit. 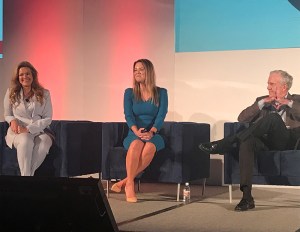 Many apartment operators today continue to struggle with the unknowns that are coming from the COVID-19 health crisis, making their day-to-day decisions on property management more challenging.

More communities, however, are realizing the benefit that comes from one aspect of property management that is in their control: reputation management.

The J Turner Summit offered several ways that apartment communities can improve their Online Reputation Assessment (ORA™) scores. One is to work toward getting residents to post reviews on multiple sites (not just Google, for example). Having multiple sites with reviews helps to build trust in the community, which can be viewed favorably by apartment seekers.

J Turner Research’s ORA score has been the leading indicator of community sentiment for many years. Research shared at the Summit validated this and its worth when comparing individual properties competing against market averages in all types of residential properties based on monthly ORA scores.

Using a statistical model, these ORA scores serve as benchmarks to compare a company’s individual properties and portfolios nationally, regionally, and against the competition.

The ORA score is an aggregate compilation of a property’s ratings across various review sites and ILSs.

The ‘Art of the Ask’

Additionally, the company was able to create a great deal of effective social content from its residents who were posting fun and entertaining images and comments on social media channels.

Having residents post reviews can come down to the ‘art of the ask’ but “you really shouldn’t need to have to have contests to do this,” Shannon said. “It should be a part of your everyday messaging with your residents so that they are aware of posting reviews.”

No Such Thing as ‘Going Above and Beyond’

Trevor Workman, the concierge manager of the Windsor Bethesda community in Bethesda, Md., shared his story of success for his property with an ORA™ score of 98.

Workman epitomizes excellent customer service and attitude. The community has earned 120 five-star reviews that mentioned him specifically by name. He celebrated the 100-mark milestone by tattooing five stars on his arm.

“With customer service, you either have a passion for it or you don’t,” Workman said. “And remember, there’s no such thing as going ‘above and beyond,’ because doing so every day is part of this job. The best time to treat your residents right is all of the time.”

Workman doesn’t consider his property to be a community, but rather “a castle.” That castle’s occupancy rate has steadily been between 98 percent to 99 percent.

He told the story of how one injured resident contacted him and asked if the property had any crutches. It didn’t, so Workman went to the nearby CVS and got him some, using FaceTime while at the store to communicate with the resident, who of course, also asked for some Icy Hot, bandages and other first aid care items while he was there.

In another instance, a boy, age 5, came to the leasing office looking for a package while Trevor was training a new associate. The boy was excited about the shipment of his first baseball glove to be delivered for the season, which began that day. There were so many packages there that, at first, the front desk said it didn’t have time then to hunt the package down.

“That should never happen,” Workman said. “We hunted the package down; and if you could have just seen the look on the boy’s face when he opened it.”

Giving Residents a ‘Seat at the Table’

At Memorial Creole apartment community in Houston, the onsite staff this year cooked for 48 hours to prepare a home-made Thanksgiving meal for residents who didn’t have holiday plans. The residents who would have otherwise been alone, sat and ate together with the team sharing memories and gratitude for the meal. An unforgettable experience, to say the least.

Joseph Batdorf, president at J Turner Research, said he doesn’t think that customer service will be taken over by today’s technology of bots and the reliance on non-human contact to serve residents.

“If your company is relying on that to provide the service experience you want your residents to have, I feel like you are going down the wrong path,” Batdorf said.