Guest Post: Charting the Uncharted–What to Expect in 2013 and Beyond

By Patrick S. Simons, Principal, Strategic Property Economics With the recent announcement of an additional $45 billion per month in bond purchases by the Federal Reserve, the U.S. economy, and by extension the prospects for rental apartments, is entering uncharted waters.. Although we track enough economic data points to make one’s head spin, let’s take […] 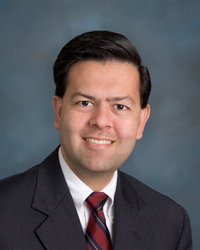 With the recent announcement of an additional $45 billion per month in bond purchases by the Federal Reserve, the U.S. economy, and by extension the prospects for rental apartments, is entering uncharted waters.. Although we track enough economic data points to make one’s head spin, let’s take a look at three of the biggest in order to get a sense for what the future might hold for the apartment industry in the coming year and the years beyond. And, keeping with the cartographic theme, two of the three macroeconomic drivers are geopolitical.

On the heels of the Fed’s announcement, German President Angela Merkel prognosticated dim economic prospects for the European Union, “We will have very low growth rates, we will see negative growth in some countries, and we can expect very high unemployment levels to continue.” That’s a tough forecast for a $17.5 Trillion economy that imported approximately $269 Billion of goods and services from the United States.

Meanwhile, in Japan, a landslide election has given new Prime Minister Shinzo Abe and his party a mandate to pump the Japanese economy for growth. The only problem is that their national debt already surpasses 200 percent of the Japanese Gross Domestic Product.

And, to round out the major international trading partners of the United States (other than Canada and Mexico), the Chinese economy has moderated from its double digit GDP growth to somewhere around 7-8 percent; not bad, but still in a slowing trajectory.

Although the United States still boasts the largest national economy in the world, any growth we may see here will be tempered by inertia or contraction elsewhere. Aside from any geopolitical shocks stemming from the Middle East, North Korea, or elsewhere, this is the single biggest economic factor that will limit the growth potential of the U.S. economy in the near term meaning that, regardless of the stimulative monetary policy being ramped up by the Fed, the overall U.S. economy is likely to grow slowly for several years to come.

A slowly growing U.S. economy isn’t necessarily bad for apartments. In fact, although we would all like to see a more robust recovery and a quick return to full employment, the persistently sluggish recovery is likely to mean continued realignment of the homeownership rate in favor of renting. It is also likely to restrain construction lenders from fueling overbuilding of apartments. And, finally, despite the unprecedented quantitative easing by the Fed, we are not likely to see significant inflation or a rise in interest rates for at least 12 to 18 months. 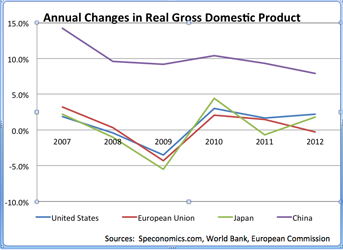 In the nearly two months following the November election, it is now clear that we will continue to see gridlock in the nation’s capital. That will also moderate the potential for economic growth in the United States, and will, therefore, mean that employment growth will likewise be slow and choppy.

Of course, the big question is whether the political gridlock can be loosened enough for long enough to avoid the dreaded “Fiscal Cliff.” As I write this, the jury is still out on that one. But, suffice it to say, the delay in solving the “Fiscal Cliff” has already caused slowing in the economy, and has a chance to cause an outright recession if not resolved.

Even if the “Fiscal Cliff” is avoided, don’t let down your guard. There will be other political land mines to navigate. For instance, the Federal debt ceiling is likely to be hit yet again sometime in the First Quarter of 2013, if not raised as part of a larger agreement to the “Fiscal Cliff” issue.

If these and other fiscal policy issues are not resolved in a timely manner, the economy could be affected to a great enough degree that the small employment gains we’ve accumulated will be eroded. That will, of course, not be good for the apartment market. So, I would place the political gridlock in Washington, D.C., at the top of the list of risks for apartments in 2013 and beyond.

The one bright spot in the three factors we’re looking at is the absorption of office and industrial space. In most major markets, commercial brokers are reporting positive net absorption. In fact, in the first three quarters of this year, an estimated 30 million square feet of office and industrial space has been absorbed nationally. It is undeniable that a recovery, as tepid as it may be, has taken hold since we first saw positive net absorption in the Second Quarter of 2010.

This is an important leading indicator we consider in our forecasting model, especially on the local level, as positive net absorption of workspace points to the near-term addition of jobs in that area. And what we like about this indicator in particular is that these additional jobs should be around for a few years. Think about it; when a company signs a new lease or builds a new building, they are making a long-term commitment to occupy that space.

So, although the steady absorption of office and industrial space could be one of the casualties of our political gridlock, it does indicate the reality of our recovery, however slow that recovery may be.

Patrick S. Simons is the founder of Strategic Property Economics (www.speconomics.com), an internationally recognized innovator in market research with a particular focus on attached residential development and investment including rental apartments, for-sale condos, mixed-use projects and transit-oriented development nationwide. He may be reached at [email protected]