By Morgan Stewart, Partner, Manly, Stewart & Finaldi In response to the recent article by Multi-Housing News Senior Editor Jessica Fiur, titled: “What Renters Want with Jessica Fiur: What Should Property Managers Do About Legal Marijuana,” we have developed this piece, which addresses some of the other complicated legal implications for the multifamily industry about this… 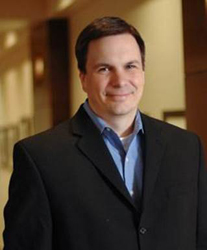 In response to the recent article by Multi-Housing News Senior Editor Jessica Fiur, titled: “What Renters Want with Jessica Fiur: What Should Property Managers Do About Legal Marijuana,” we have developed this piece, which addresses some of the other complicated legal implications for the multifamily industry about this confusing and complex issue.

The trend by states to legalize marijuana for medical and recreation purposes while federal law still classifies it as an illegal drug is leaving many businesses confused. Lack of congruity between state and federal laws regarding marijuana is a growing concern for many in the real estate industry, with everyone from landlords to lenders caught in the middle of this issue.

The debate over what needs to be done is hotter than ever, especially now that the federal government has issued guidelines that seemingly ease the way for banks to work with marijuana-related businesses, yet has stopped short of providing explicit authority for them to legally do so, thus keeping financial institutions at risk for prosecution and other penalties.

Meanwhile, multifamily property owners have been left to grapple with a maze of conflicting laws when it comes to marijuana-related resident issues. They have received little guidance on how to comply with contradictory obligations in those states where marijuana has been legalized for medicinal and/or recreational purposes, despite the federal government’s continued classification of pot as an illegal controlled substance.

The U.S. Drug Enforcement Agency continues to list marijuana as a Schedule 1 substance. This classification, which includes heroin, cocaine, methamphetamines and LSD, carries the toughest criminal drug penalties and recognizes no medical use. Yet, the District of Columbia and 20 states have legalized marijuana for medicinal purposes. And more than a dozen other states have introduced pending legislation that will legalize medical marijuana if passed.

The issue has grown even more complex now that states have begun legalizing marijuana for recreational use as well. Colorado and Washington are the first to do so thus far, but an increasing number of states are looking to join them, with many citing the potential to generate millions of dollars in tax revenue annually.

Retailers in Colorado have already reported more than $1 million in tax revenue collected for the first month of legal recreational marijuana sales there. They say they are on track to collect nearly $100 million in tax annually, which is more than double the nearly $40 million that was brought in by sales, use and excise taxes from alcoholic beverages in Colorado in 2013.

In light of increasing marijuana legalization at the state level, 18 members of Congress recently sent a bipartisan letter to President Barack Obama asking him to instruct Attorney General Eric H. Holder, Jr. to drop pot from its current Schedule 1 drug classification. However, the federal government does not seem likely to legalize marijuana anytime soon, with the DEA chief of operations James L. Capra recently calling the decriminalization of marijuana at the state level “reckless and irresponsible.”

This deep divide between how federal and state governments are handling the issue of marijuana has caused significant challenges for apartment landlords and others in the multifamily industry.

The difficult position in which multifamily landlords find themselves is typified by a memorandum issued by the U.S. Department of Housing and Urban Development in 2011. This memo states that public housing authorities (PHAs) and owners of federally assisted housing properties may not grant reasonable accommodations that would permit residents to possess, use, grow or distribute marijuana, even if these individuals are complying with state laws authorizing medical marijuana use. In this same statement, HUD did note that PHAs and owners can use their discretion as to whether or not to evict current residents who are medical marijuana patients. However, HUD also determined that PHAs and owners must deny admission to those potential new tenants who are using medical marijuana at the time of consideration.

Though HUD has directed landlords to turn away potential residents based on their medical marijuana use, those who do so may find themselves in violation of state law. For instance, Rhode Island’s Medical Marijuana Act specifies that “no school, employer or landlord may refuse to enroll, employ or lease to or otherwise penalize a person solely for his or her status as a cardholder.”

In Colorado, a resident recently challenged a local housing authority’s zero tolerance policy regarding both medical and recreational marijuana–and won. The agency had decided to terminate the resident’s housing assistance after realizing that she is a medical marijuana patient. Her use of cannabis edibles was discovered after she listed the cost of them as an expense. After her case went public, a lawyer took on her case pro bono and met with Helen Kanovsky, HUD’s attorney. Kanovsky reiterated HUD’s prior stance that it would leave the decision to take away a medical marijuana user’s housing benefits up to local housing authorities, despite HUD’ position that it can not allow disabled clients to use medical marijuana because of its federal classification as an illegal drug. The resident’s lawyer then met with the local housing authority, which set new guidelines in 2014 that it will review marijuana-related resident issues on a case-by-case basis, whether they involve medical or recreational use of the drug. This new policy permits the agency’s staff to work with residents and landlords to resolve any disputes involving pot use, rather than just ending the resident’s housing benefits.

Even landlords who do not receive federal housing subsidies are caught up in a complex legal predicament when it comes to marijuana-related tenant issues.

All property owners who allow marijuana on their premises are putting themselves at risk of losing their buildings to the federal government, as any asset that represents the proceeds of, or were used to facilitate federal crimes, are subject to seizure and forfeiture. In recent years, the federal government has filed civil forfeiture cases against a number of commercial property owners leasing space to marijuana-related businesses in California. With no requirement that criminal charges be filed against an owner, civil forfeiture cases could also conceivably be brought against apartment landlords whose tenants are engaged in marijuana-related activities.

On the other hand, the decision to evict residents whose marijuana use is considered legal under state law could result in the threat of a court battle–and generate bad press. These risks are exemplified by the fallout from a Washington landlord’s response to the recent legalization of recreational marijuana in the state. After pot use was decriminalized in Washington, the landlord’s management company sent out notices to all residents in the 171-unit building to advise them that marijuana in any form would be strictly prohibited on the premises. All residents were asked to sign a lease addendum stating that any use or possession of marijuana would give the landlord grounds for eviction. One building occupant who spoke out against the lease addendum is a medical marijuana user who uses a liquid form of pot. After he went to the press with the story, an attorney offered to represent him pro bono. Meanwhile, the management company released a statement that the new policy was instituted to create a smoke-free environment in the building and that they were unaware of the tenant’s need to use a marijuana tincture for his medical issues.

With marijuana legalization continuing to be a complex issue with no clear resolution in sight, multifamily property owners need to be diligent about exploring all options in terms of how to respond to loan compliance obligations, tenant disputes, fair housing implications and all other areas potentially affected by the conflict between state and federal laws. There are no easy answers, but making the most informed decision possible is the best course of action when it comes to successfully navigating the legal maze caused by contradictory marijuana legislation.

Morgan Stewart is a partner with Manly, Stewart & Finaldi, an Irvine, Calif.-based law firm that specializes in real estate. He devotes his practice to advising national multifamily and commercial real estate clients on legal issues including construction litigation, insurance bad faith, general corporate formation issues, contract negotiation and development, and personal injury. As an emerging leader in the industry, Stewart’s reputation for detailed and thorough counsel has allowed his clients to focus on their core business, while avoiding costly and unnecessary legal action.