The firm is in charge of all third-party development of the $22 million residence hall project. 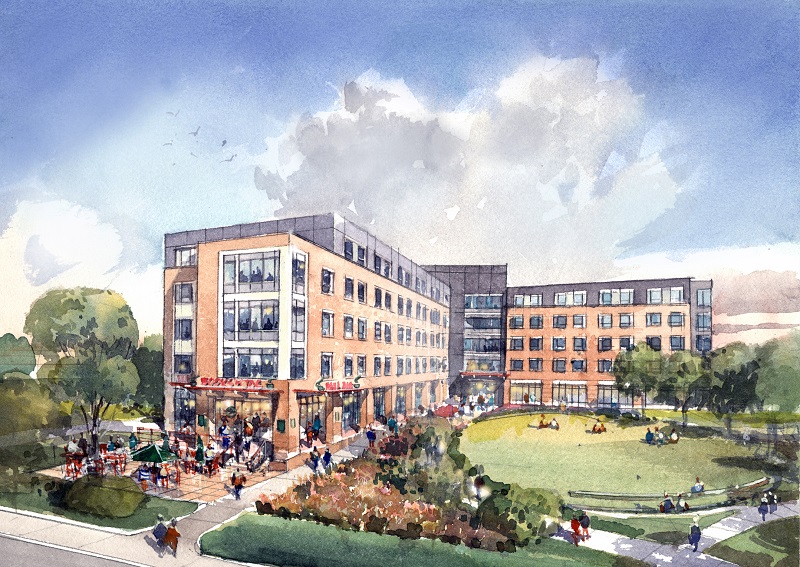 A rendering of the new residence hall at Shepherd University

Memphis, Tenn.—Student housing developer, owner and manager EdR is expanding its presence in West Virginia with the start of construction on a new residence hall at Shepherd University in Shepherdstown. Shepherd University Foundation Supporting Organization (SUFSO) chose EdR to oversee the third-party development of the $22 million student housing project, including financing, design and construction. Raymond James Financial Inc. provided some funding as well.

“Shepherd University and its Foundation have embarked upon an aggressive strategic plan called Crossroads,” EdR President Tom Trubiana told MHN. “EdR is proud to have been selected to assist with development, financing and construction oversight of this housing portion of the university’s transformation.”

The new residence hall will include 298 single and double suite-style units in the five-story building. Residents will have access to amenities like a food service and dining area, classroom, student lounges and study rooms with Wi-Fi capabilities. The community is set for completion in summer 2017, at which point SUFSO will take over ownership of the building and the university will manage the building.

“We have learned that successful on-campus housing communities provide living spaces that create an environment where the students can grow both intellectually and socially…EdR has a long and successful history of producing on- and off-campus housing that answers the needs of today’s students while also making universities’ strategic visions a reality and relevant long into the future,” Trubiana said.

The university has been facing a decline in enrollment and this project will provide much-needed, modern student housing to attract students to the campus, James Vigil, vice president for administration, said to Herald-Mail Media. According to the report, the university’s current student housing consists of 1,300 beds in 14 buildings, several of which are 40 years old and many of which do not have air conditioning.

“This residence hall is a noteworthy example of Shepherd’s commitment to strategically navigate with a purpose,” Shepherd University President Mary Hendrix said at the groundbreaking ceremony. “This new addition will inspire student development, beautify the campus and stimulate the economy in Shepherdstown and the entire region, which are all pathways we are following to advance our premiere liberal arts university.”

In addition to this project, EdR is developing two off-campus housing communities for Michigan State University and Texas State University, projects totaling $90 million and $29.6 million, respectively, that are scheduled for completion in summer 2017. Cornell University also chose EdR to develop an $80 million on-campus community that is planned for a summer 2018 completion.