In its wake, the election has generated reams of speculation about the future of the economy, but for now the panic was short-lived. 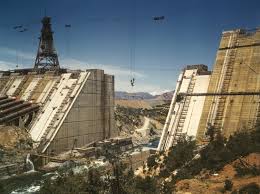 In its wake, the election has generated reams of speculation about the future of the economy, but for now the panic was short-lived. U.S. and European equity markets on Wednesday didn’t follow the drops in the Asian markets, and the dollar did better than expected, especially against the yen. Treasury bonds reversed early gains and gold dropped again after a short spike.

And the economic data keeps coming. The Dodge Momentum Index grew 4.1 percent in October to 133.6 from its revised September reading of 128.3 (2000 = 100). The index is a monthly measure, complied by construction data specialist Dodge, of the first report for nonresidential building projects in the planning phases. Those have been shown to lead construction spending for nonresidential buildings by a full year.

October’s gain nearly reversed the loss in September, and returns the Momentum Index to the rising trend that began earlier in the year. The commercial component of the index rose 6.1 percent in October, and is 20 percent above last year. That suggests that despite being in a more mature phase of the building cycle, commercial construction has room for further growth in the coming months. The institutional component of the index increased 1.4 percent in the month, and is now 10 percent higher than a year ago.