The national vacancy rate increased again during the first quarter, rising by another 10 basis points to 4.5 percent. 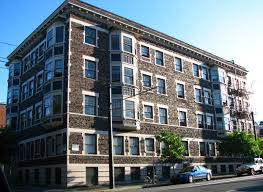 The U.S. apartment market is still very strong (good news as far as landlords are concerned), according to Reis Inc.’s report on the market for the first quarter of 2016, which the company released on Tuesday with commentary by senior economist and director of research Ryan Severino. But the market isn’t quite as robust as it was during the years after the recession.

The national vacancy rate increased again during the first quarter, rising by another 10 basis points to 4.5 percent. The rate has now risen 30 basis points since reaching its cyclical low of 4.2 percent, Reis said, most recently during the second quarter of 2015.

Also, the company noted, asking and effective rents for apartments both grew by 0.4 percent and 0.5 percent respectively during the quarter. That’s a noticeable slowdown in rent growth from recent quarters, when rents had been growing at a pace of at least 1 percent per quarter. The first quarter’s year-over-year rent growth of 4.5 percent for both asking and effective rent was also a slowdown from last quarter, when annual growth was roughly 5 percent for both measures.

New apartment construction during the first quarter totaled 41,769 units. Although this too is a decline from recent quarters, it still represents that highest first quarter construction total since Reis began tracking the market quarterly in 1999.

Over the last 12 months 200,142 new apartment units were completed. That represents the highest year-over-year tally since back in 1988, when 216,167 new units came online. The strong start to the year could mean that 2016 will experience the most new U.S. apartment construction since 1987.