Lucas Haldeman was just trying to be a nice guy. So when one of his residents couldn’t pay his rent, Haldeman, the owner of a portfolio of Iowa apartments, cut him a deal. Rather than evict him, he allowed the renter to pay $20 daily from his day wages until he’d made good the full sum of overdue rent.

Haldeman later visited ApartmentRatings.com to see how his company and apartments were being viewed. There he found six negative ratings. Who’d posted the nasty comments? The very renter to whom he’d lent a helping hand! 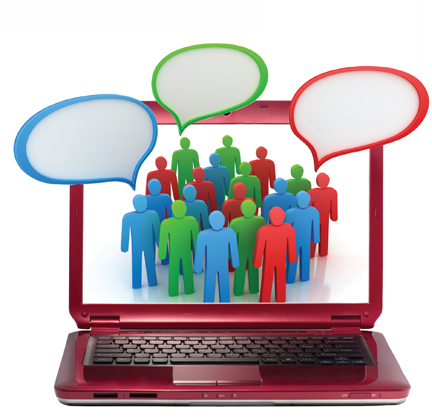 The sheer unjustness of the experience hit him like a lightning bolt strafing the flat Hawkeye prairie. “I thought, ‘There’s got to be a better way,’” he recalled. “There’s nothing more frustrating than trying really hard, and then having someone who’s being dishonest ruin your reputation.”

Two years ago, Haldeman launched ApartmentGrade.com, a Coralville, Iowa-based site with a different rating methodology. It doesn’t invite renters to air gripes, but instead actively polls residents about staff, living conditions and the apartments themselves. This active, rather than passive, approach in collecting information and grading communities results in scores on a five-point scale. Only properties with scores of 3.5 points or better are posted, a fact reflected in the site’s tagline: “Only those apartment communities that make the grade.”

ApartmentGrade.com has 200 communities across the country on the site, and it plans to feature more than 1,000 within the next six months, according to Haldeman.

It’s an effort to make fairer, more accurate ratings available to would-be renters, who by many accounts depend heavily on ratings to identify their next apartment. “Ratings are extremely important, and we have multiple research sources that tell us that,” says James Nail, vice president of marketing with Atlanta-based RentWiki, a social rental research site. According to at least one consumer research source, 87 percent of Americans use consumer reviews and ratings in making decisions across many buying categories, Nail says.

One way apartment rating services impact renters is by confirming and reinforcing what they already believe about a community, says Heather Campbell, director of marketing and training for RedPeak Properties, the owner, manager and developer of 2,200 apartments in Denver.

“But if the comments are particularly strong, or trending in a certain way, it may be a powerful influence,” she adds. “It can work for or against a community if the renter is at a tipping point in the decision-making.”

However, most observers agree that for ratings to have the most impact in influencing renter behavior, they have to be regarded as fair and unbiased.

“Reviews are important only when they’re balanced,” Nail says. “ApartmentRatings.com tends to have lower ratings of apartments on average than other ratings …They’re sampling people already in the moving process, and the fact they’re moving indicates they’re not happy.”

By contrast, RentWiki solicits reviews from both current residents and those on the move, says RentWiki president Robert Turnbull. It finds 75 percent to 80 percent of reviews are positive, in line with the overall world of consumer ratings, he says.

“We look at positive and negative ratings as a means of understanding how well we’re doing … I want to make sure we’re doing as well as we can and maximizing our efforts toward customer service and resident retention.”

Reviews and ratings are deemed so critical at Mission Residential that the company’s employee bonus program ties numbers of positive reviews per month and overall approval ratings of properties to staff bonuses, Gilbert says.

You can’t please all renters all the time, so there’s no avoiding occasional negative reviews. What can be fine-tuned is a company’s strategy regarding when and how it responds to unflattering observations, industry experts say.

RedPeak winces at the $280 a year Apartment-Ratings.com charges companies to respond to reviews, Campbell says. “It’s feels like extortion,” she adds. “But there have been several times when we paid the money, because we felt it was worth it when, for instance, a resident was being egregious with incorrect statements about mold problems at one of our high-end communities.”

One site free to managers to list a property is RenterReviewed.com, recommends Campbell. Managers only pay when a review results in a signed lease.

An advantage of ApartmentGrade.com, Haldeman says, is that it gives property management firms ammunition when responding to scurrilous reviews. “You can go on these sites where the false review took place and say, ‘This is absolutely untrue. Based on an independent rating service called ApartmentGrade.com, our current residents are rating us four-and-a-half stars. This is empirical fact,’” says Haldeman.

RentWiki’s Turnbull advises property management firms and apartment communities to adopt a hard-and-fast rule. “Never go in and try to explain why the renter giving the negative review is wrong; it looks argumentative,” he says.

“Instead, address what’s being done or has been done to respond to the issue. Then add that if there are any additional questions or problems, ‘Here’s my number; call me at the property.’ There’s value in transparency.”

To comment on this story, e-mail Diana Mosher at [email protected]