The 220-unit multifamily property sold for nearly $90 million and features a mix of one- and two-bedroom apartments across four buildings. 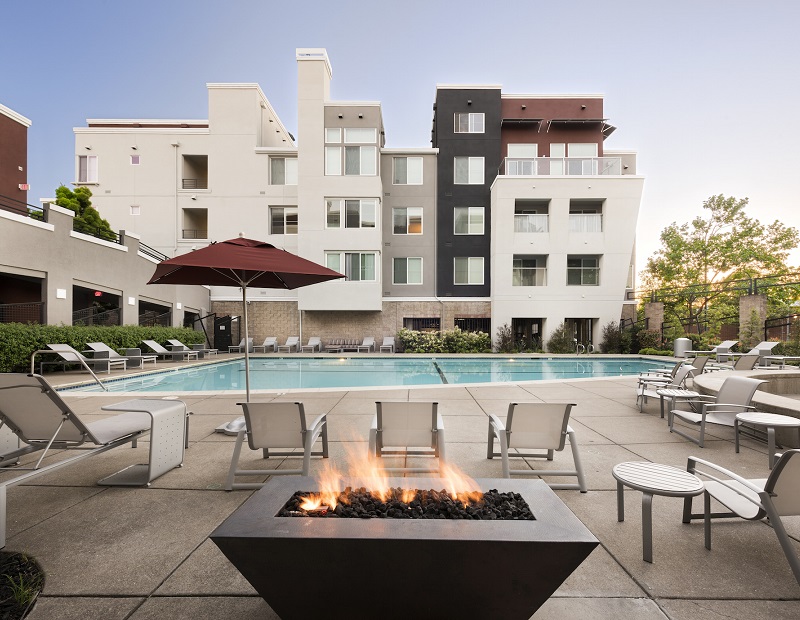 Decron Properties has acquired Bridgecourt, a 220-unit apartment community in Emeryville, Calif., for $87.4 million. The seller, a joint venture between Bascom Group and Carlyle Group, purchased the property for $45.1 million in 2015, according to Yardi Matrix. The sale comes as San Francisco rents and investor activity in the area are leveling off.

Built in 1998, the community’s four garden-style buildings feature a mix of one- and two-bedroom units ranging in size from 554 to 1,268 square feet. Community amenities include a fitness center, a swimming pool, a spa and 360 subterranean parking spaces. The previous owner started renovation work on 126 of the units, and Decron will continue the project, adding a dog park and updating building common areas, the fitness center and the clubhouse.

Located at 1325 40th St., the property sits near the intersection of interstates 80 and 580. Residents can reach downtown San Francisco, less than nine miles away, via the San Francisco – Oakland Bay Bridge. The buildings are within a short walk of a number of big-box retailers, including IKEA, Best Buy and The Home Depot.

“We believe the greatest demand comes from those looking for how much of San Francisco they can have without having to pay San Francisco prices or long commutes from cities like Concord or Fremont. In addition to being located in the center of the Bay Area triangle formed by San Francisco, Oakland and Berkeley, Emeryville also has reinvented itself into a vibrant corporate hub and prominent biotech cluster. It also boasts some of the most popular shopping and dining destinations in the East Bay,” said David Nagel, president & CEO of Decron Properties, in a prepared statement.