Trellis House is a newly constructed property in the city’s Shaw/U Street Corridor with 319 units and 11,000 square feet of ground-floor retail. 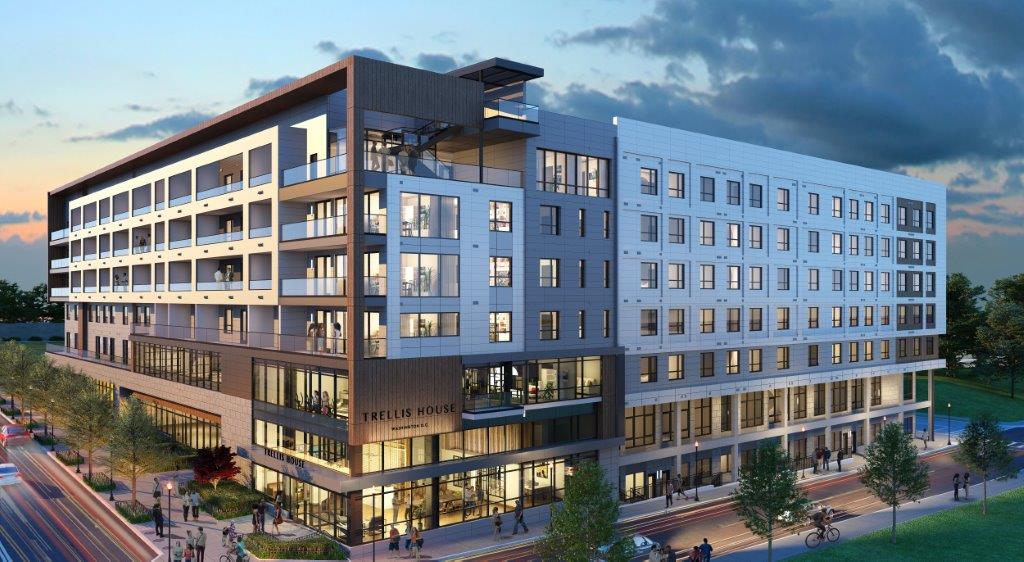 Built on the site of a former Howard University warehouse, the project at 907 Barry Place NW, was developed by Gateway Investment Partners and RISE, a Real Estate Company, and designed by Niles Bolton Associates. CBG Building Co. was the general contractor. In addition to the rental apartments, the property has approximately 11,000 square feet of ground-floor retail and a parking structure with about 140 spaces.

Bozzuto Management Co. will continue as the property manager for the building located at the intersection of two Washington, D.C., neighborhoods—Shaw and the U Street Corridor. Located adjacent to Howard University, the area is a short walk from shops, restaurants, nightclubs, galleries and music venues. It is within blocks of the Metro’s Green Line subway that connects to the entire Metro network. Two Capital Bikeshare stations are also located near Trellis House for use by residents.

CIM, an active owner, developer and operator in the greater Washington, D.C., area for more than 15 years, has built or managed more than 4,000 residential units in the region. The firm was attracted to Trellis House in part because of its LEED Platinum status. Trellis House is an infill development that provides new housing in a walkable area, which aligns with CIM’s focus on sustainability, quality and efficiency in its properties and the communities in which they are located.

Trellis House has a mix of studios, one-bedrooms, two-bedrooms and townhomes with modern finishes and fixtures as well as in-unit washers and dryers. The property has a 12,000-square-foot courtyard and pool deck with fireplaces and grills. Other amenities include:

Established in 1994, CIM owns and operates $28.6 billion of real assets across North America. In June, the firm topped off The Independent, its 58-story, 363-unit condominium in Austin, Texas, that is the tallest residential tower west of the Mississippi River. The building has been under construction for about two years.

In March, CIM broke ground on a 333-unit residential community located at 40 Harrison St. in Oakland, Calif. The 1.7-acre development site in Oakland’s Jack London Square waterfront district will also include 2,400 square feet of retail. The project is expected to be completed in late 2020.