The community is one of the largest newly constructed residential buildings in the city. 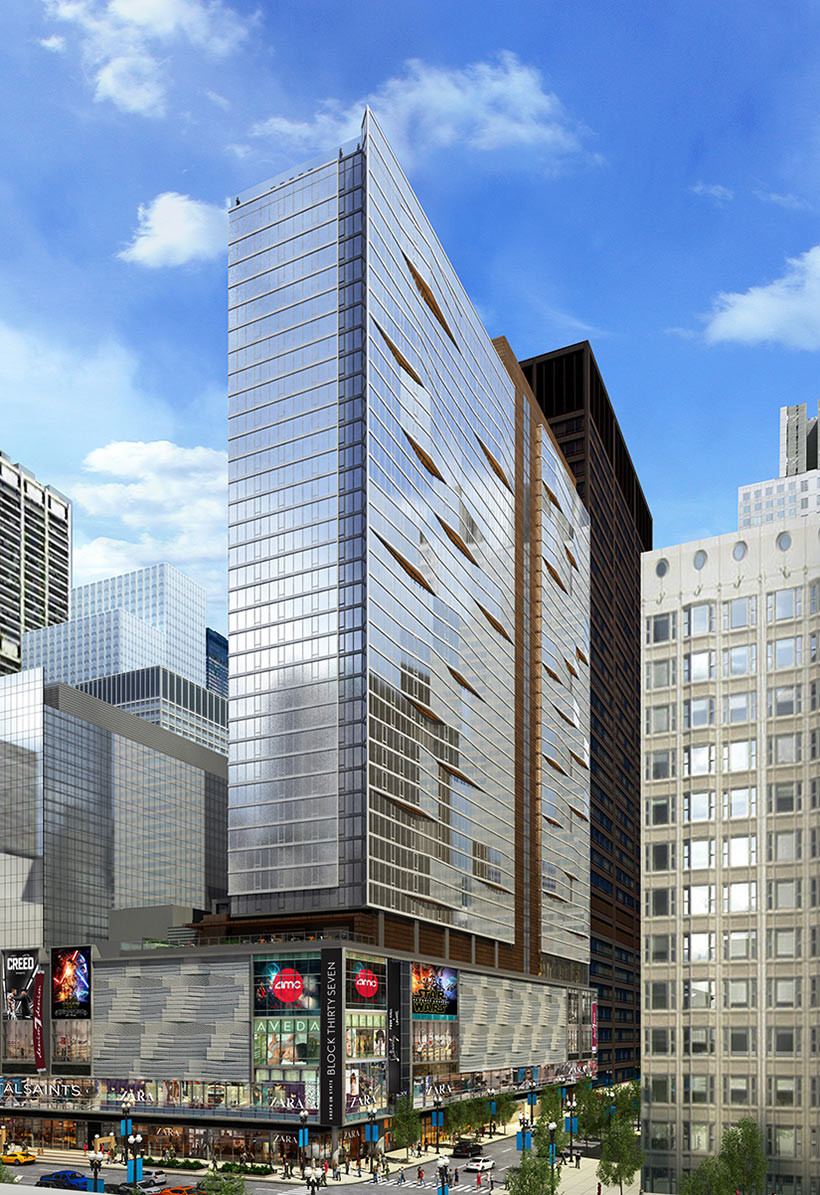 Chicago—CIM Group has completed construction of the 690-unit Marquee at Block 37 apartment tower, with the first residents scheduled to move in today. The building sits 34 stories above the northern end of the four-level Block Thirty Seven retail center, and is one of the largest newly constructed apartment buildings in the city.

The development is the final structure at the storied Block 37 site, for which redevelopment began in the late 1980s ended up taking decades. CIM Group, which acquired the retail center at 108 N. State Street in February 2012, repositioned it and began construction of the residential tower in October 2014.

The tower and retail center are among CIM’s growing portfolio of investments in Chicago’s Loop, which the company said fits its investment model, focusing on established and emerging urban areas with solid infrastructure and transportation networks.

The leasing office for Marquee is now relocated onsite. The property brings new transit-oriented residences to The Loop, offering direct access to the city’s extensive pedway system, which connects to the CTA’s Red and Blue Lines as well.