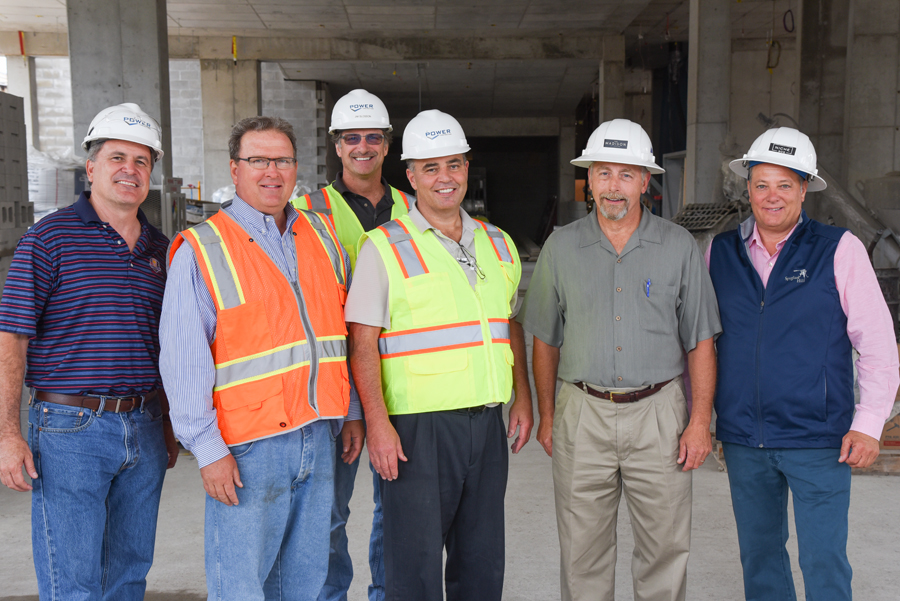 Chicago—Niche 905, an 18-story, 202-unit rental property under construction at 905 N. Orleans St. in Chicago, has topped off. The project is a development of Ascend Real Estate Group and Intercontinental Real Estate Corp. FitzGerald Associates Architects is the project’s design architect; Power Construction is the general contractor.

Designed for LEED certification, Niche 905 broke ground in November 2015, with delivery scheduled for April 2017 and pre-leasing slated to begin later this year. The property will offer studio, one-, two- and three-bedroom apartments, many with views of Lake Michigan and the downtown skyline.

The units will be outfitted with USB ports and fiber optic Internet service capable of reaching speeds of 1 gigabyte per second, which is more than 100 times faster than the industry standard. Common amenities will include a rooftop pool, spa and sundeck; indoor and outdoor bar, grilling stations and fire pit; community garden; dog run and pet wash station; and bike workshop.

Residents will also have access to a fitness center with yoga studio; private party room with full-service kitchen, bar and big-screen HDTVs; lobby with workstations and sitting areas; coffee bar; and a fully equipped business center and conference room. The tower will include 1,750 square feet of ground-level retail, parking for more than 150 vehicles and storage for 110 bikes.