Nearly half of the industry professionals polled think demand will outstrip supply. 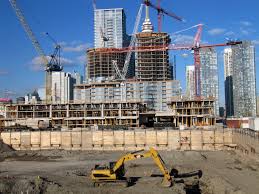 Washington, D.C.—A new survey from Capital One revealed that multifamily professionals have mixed expectations for supply and demand in the markets this year.

“We closely watch planned and permitting numbers across the country and monitor areas with a lack of supply,” Jeff Lee, executive vice president of Capital One’s multifamily finance, told MHN. “There are no doubt some cities where overbuilding is a problem, as evidenced by the 38 percent of survey respondents who said that they anticipated supply to outstrip demand to some degree. But we anticipate growth to continue in those parts of the country that have had a shortage of supply.”

According to the survey of more than 130 industry pros, only 16 percent of respondents expect supply and demand to be in equilibrium this year, while 46 percent anticipate demand to outstrip supply and 38 percent predict supply will exceed demand.

“One thing that stood out for me was that 51 percent of the respondents said that they were going to be a net buyer in 2017,” Lee said. “This was surprising, given the anticipation of rising interest rates. In a broader sense, the results also made it abundantly clear that there is an expectation among professionals that the multifamily market has additional room to grow. That is an incredibly positive sign as we head further in to 2017.”

The percentage of survey respondents who said that they anticipated construction financing being important to their business in the year ahead was 25 percent in this most recent survey—up from 18 percent the year previous.

“Then when we asked, ‘What keeps you up at night?’ overbuilding came in last place,” Lee said. “However, I don’t think that construction financing is on the rise, but rather the demand for it has been and this demand is starting to taper as new planned and permitting numbers slow slightly and the markets absorb what is coming online this year and next.”

Compared to 2015 expectations, more multifamily professionals believe urban and suburban markets will see an increase in value (up 3 percent and 4 percent, respectively)—and less value in tertiary markets (down 6 percent from 2015).

Global uncertainty remains the top issue keeping them up at night, but 6 percent more respondents cite this as their No. 1 concern than last year.

According to Lee, Capital One is anticipating another strong year for multifamily, with continued refinancings and acquisitions.

“Taken altogether, this year’s survey paints a picture of a sound multifamily market that continues to exceed expectations for longevity,” he said. “The worries about global uncertainty are understandable, but any changes we may experience are likely to be gradual. In these circumstances, it makes sense for investors to seek out lenders who value long-term relationships and offer the breadth of products to serve investors no matter the market environment.”