BEC II is the second phase of an affordable housing preservation project developed by a partnership between Hudson Properties and BEC New Communities. 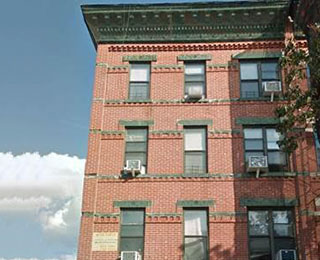 New York—A portfolio of rent-regulated buildings located predominantly in Brooklyn is on track to be rehabilitated as part of an affordable housing preservation project.

Developed by a joint venture between Hudson Cos. and BEC New Communities HDFC, BEC II is the second phase of this project that aims to renovate and preserve 550 units in 43 buildings and 13 commercial spaces located predominantly in Bedford Stuyvesant and Crown Heights.

Local firm Aufgang Architects has been selected to design the interior rehabilitation of the rental buildings comprising 31 studios and 66 one-bedroom, 179 two-bedroom, 90 three-bedroom and 11 four-bedroom apartments. The development team has also taped Heritage Architecture to create the design for the rest of the portfolio.

All units will be preserved as affordable housing for New York families earning 60 percent or less of the area median income (AMI), and a portion of the unit will be set aside for formerly homeless New Yorkers.

Construction is set to begin this summer and be completed in fall 2019 by Notias Construction and Broadway Builders, according to the development team. None of the existing residents will be displaced from their homes during the rehabilitation project, which will include repointing of masonry, new windows, new roofs, building system improvements, new energy efficiency LED lighting, and new kitchen and bathrooms for all units.

“New York City is fortunate to have extensive solidly built multifamily housing stock, including buildings dating back to the early 20th Century or earlier, that are well suited for—and deserving—of preservation. Many—such as these buildings in Brooklyn—are ideal to be rehabilitated to provide appealing affordable housing to families and individuals qualifying under New York City programs,” Ariel Aufgang, AIA, principal of Aufgang Architects, said.