Brookfield Multiplex to Deliver $1B Mega Mall in Abu Dhabi 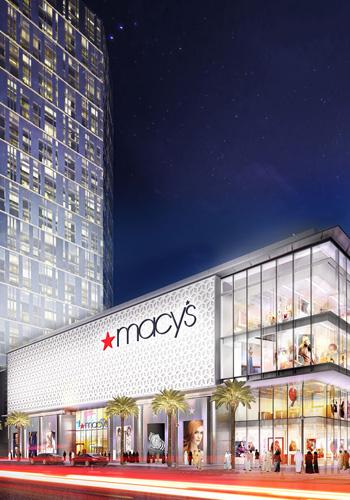 The upcoming 2.3 million square foot regional mall will feature more than 400 retailers, including the first Macy’s department store outside of the United States, as well as Abu Dhabi’s first Bloomingdale’s. Plans also call for 145 restaurants and cafés, a 20-screen cinema complex, a medical center, a crèche, a health-club, a public library, a food market and three rooftop parks. Subsequent development phases will bring luxury residential units and a hotel in two high rise towers.

Al Maryah Central’s excavation and foundation construction work has just been completed and Brookfield Multiplex’s $425 million contract covers the remaining full build-out of the retail mall. Vertical construction is expected to begin this month and wrap up by March 2018.

Other partners in the project include Gensler as the main architect; Elkus Manfredi Architects as the retail specialists; the Rockwell Group on F&B, AECOM as the local engineering partners; and WSP and Thornton Tomasetti as consultants.

Gulf Related is a partnership between Gulf Capital, one of the Middle East’s leading alternative asset management firms, and New York-based Related Cos., one of the largest private real estate development and investment firms in the United States.

International contractor Brookfield Multiplex is renowned for projects such as the Emirates Towers and The Gate at DIFC in Dubai; the Eastern Mangroves complex in Abu Dhabi; the redevelopment of London’s Wembley Stadium; or the construction of King Street Wharf in Sydney.