Blurring the Line Between Cities and Suburbs 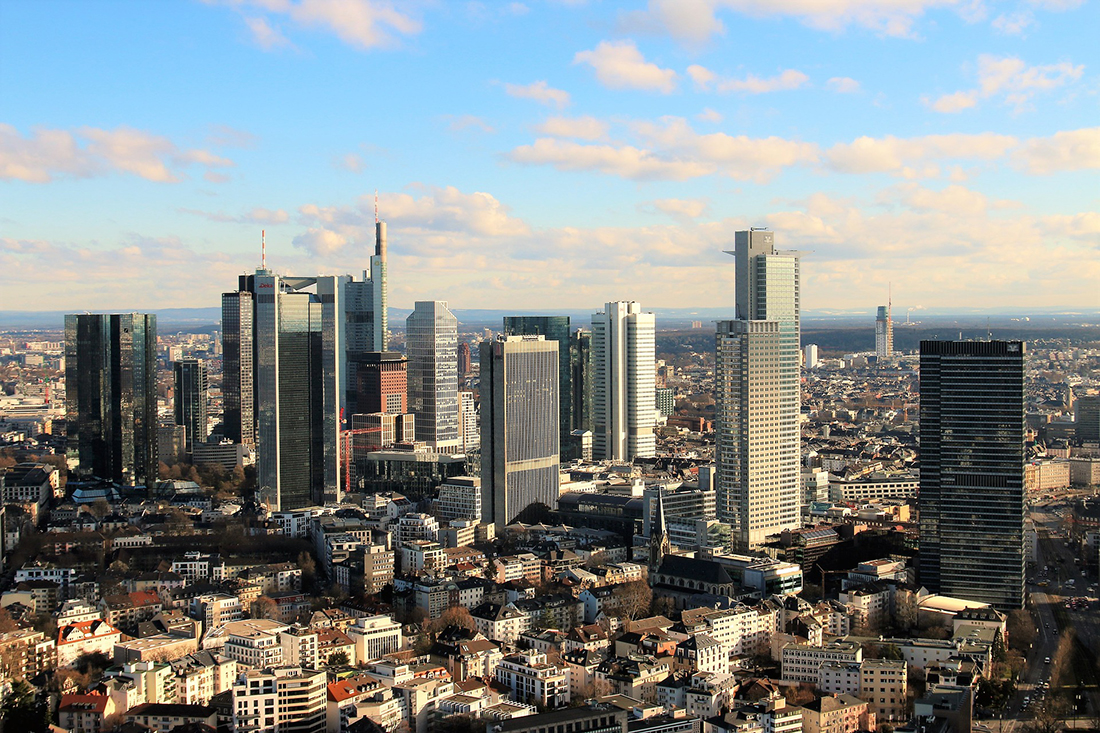 Locations within metropolitan areas have traditionally been divided into “cities” and “suburbs.” For many, the idea of suburbs recalls the image of a detached single-family house with at least one person commuting to work in the central city by car. In contrast, cities were largely downtown business areas, dominated by office buildings and government agencies and with limited residential housing options.

While this delineation may have been clear in the mid-20th century, the lines between cities and suburbs have blurred as the picture of today’s metropolitan areas has grown much more complicated. Yet the availability of data regarding the definitions of cities versus suburbs has failed to evolve, reinforcing the old dichotomy of city versus suburb and ultimately leading to incomplete, if not inaccurate, conclusions about our metro areas’ structure and needs.

Building on previous research to more clearly delineate suburbs using alternative frameworks, the NMHC research team recently investigated how geographic density levels can provide additional insights into certain housing characteristics compared to government definitions of city vs. suburb. The results showed that the traditional approach can be limiting, while accounting for density can provide more nuanced housing intelligence. Recognizing these subtleties is important for long-term planning and policy.

In 1950, there were fewer than 200 standard metropolitan statistical areas (MSAs), most of which contained only one so-called principal city. The Census Bureau defines a principal city as either the largest city in a metro area or one that meets certain population and employment criteria. As population and employment have continued to grow in many parts of our metro areas, including some previously described as suburbs, so too have the number of areas that meet the principal-city criteria.

This traditional approach draws rather arbitrary lines around parts of our MSAs, using overly simplistic categorizations to lump together such disparate geographies as Frederick, Md., and downtown Manhattan.

Moreover, this framework provides a rather one-dimensional view of an area’s characteristics. Take the composition of the housing stock in areas considered cities versus suburbs. Through the city-suburb lens, the multifamily share of housing units in Census-defined city tracts is 40 percent, compared with 18 percent for suburban tracts. On the surface that may seem reasonable, but the reality is that, with new development patterns and styles such as transit-oriented or town center development, many geographies now possess some combination of both urban and suburban characteristics, which is why we need more refined measures of our urban and suburban areas.

More important, this relationship between density and housing composition holds regardless of whether a Census tract is technically categorized as a city or suburb (Figure 1). These shifts in the composition of housing inventory suggest that density can be a more effective tool for distinguishing apartment trends. 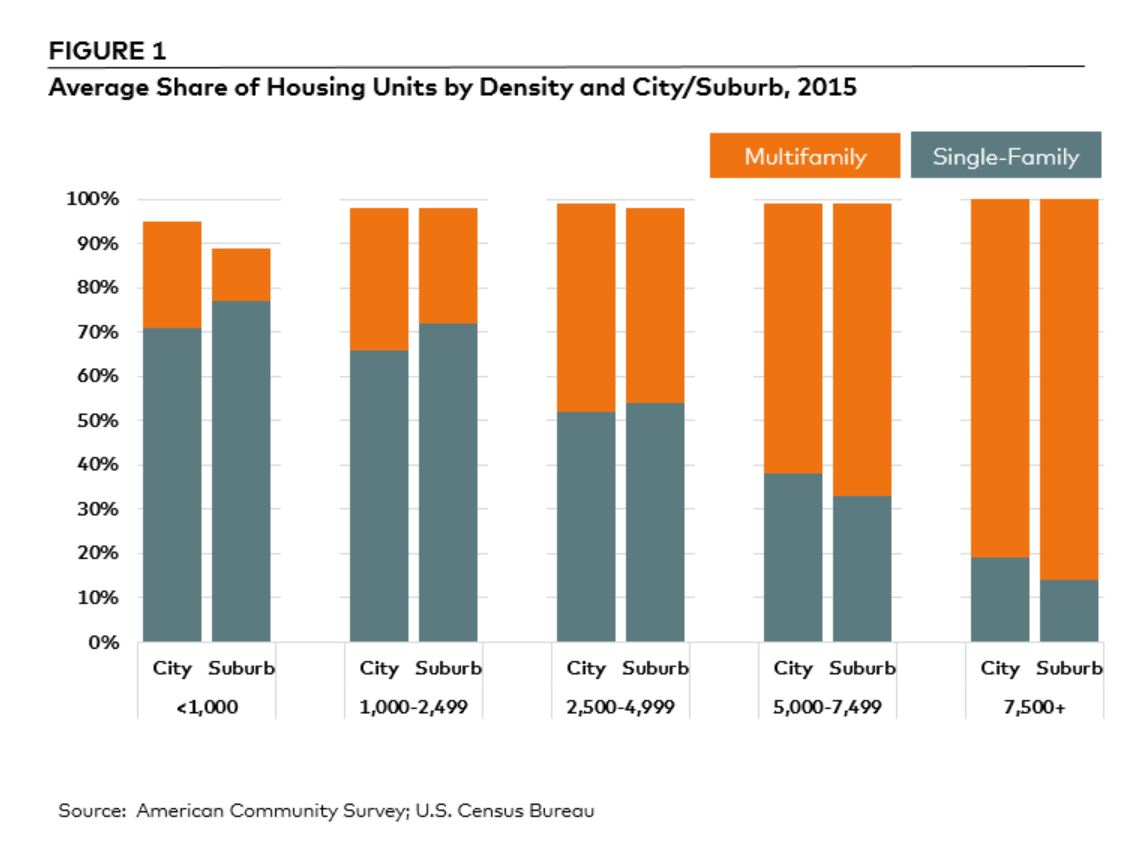 While it is impossible to truly test this using publicly available data, we are able to further evaluate the framework through a private-data comparison analysis. Using the results from the 2017 NMHC/Kingsley Associates Renter Preferences Report, which provides descriptive information about apartment residents in addition to their preferences on a variety of housing features and amenities, we used zip code-level survey data to perform analysis by density as well as traditional city/suburban designations.

We started by looking at car ownership trends among apartment renters. Figure 2 below shows that the distribution of the number of vehicles per household based on city/suburb status is very similar. Using just the city/suburb distinction, one would conclude that (1) the number of vehicles per household is similar whether a household is in a city or a suburb; and (2) carless households are a very small part of the overall sample. 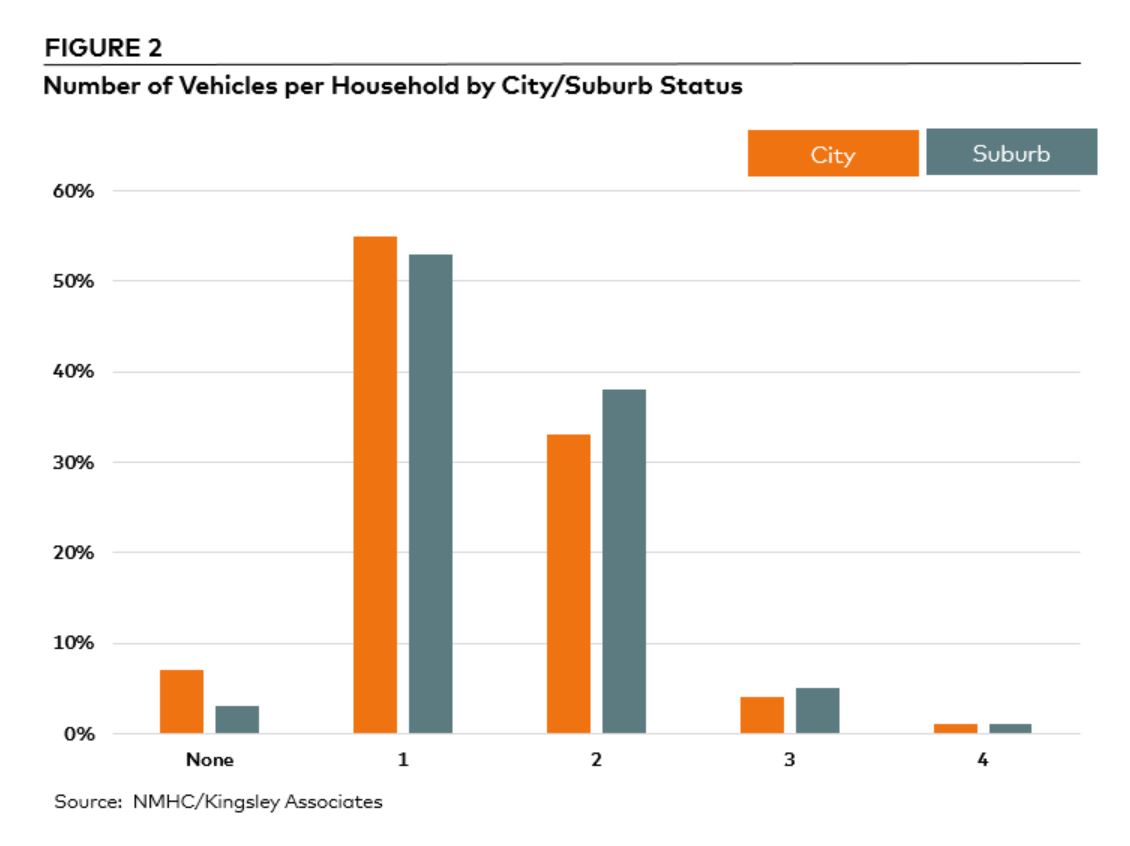 However, when density is factored in, a much different picture emerges (Figure 3). For the highest-density category, 39 percent of households had no car. That density category also had the highest use of mass transportation for commuting.

While the highest-density category accounts for only about 5 percent of the overall survey respondents, it’s clear that renter households in these areas have a significantly different relationship to car ownership than those in lower-density areas. This is a trend that traditional analysis of city/suburban designations was unable to surface. 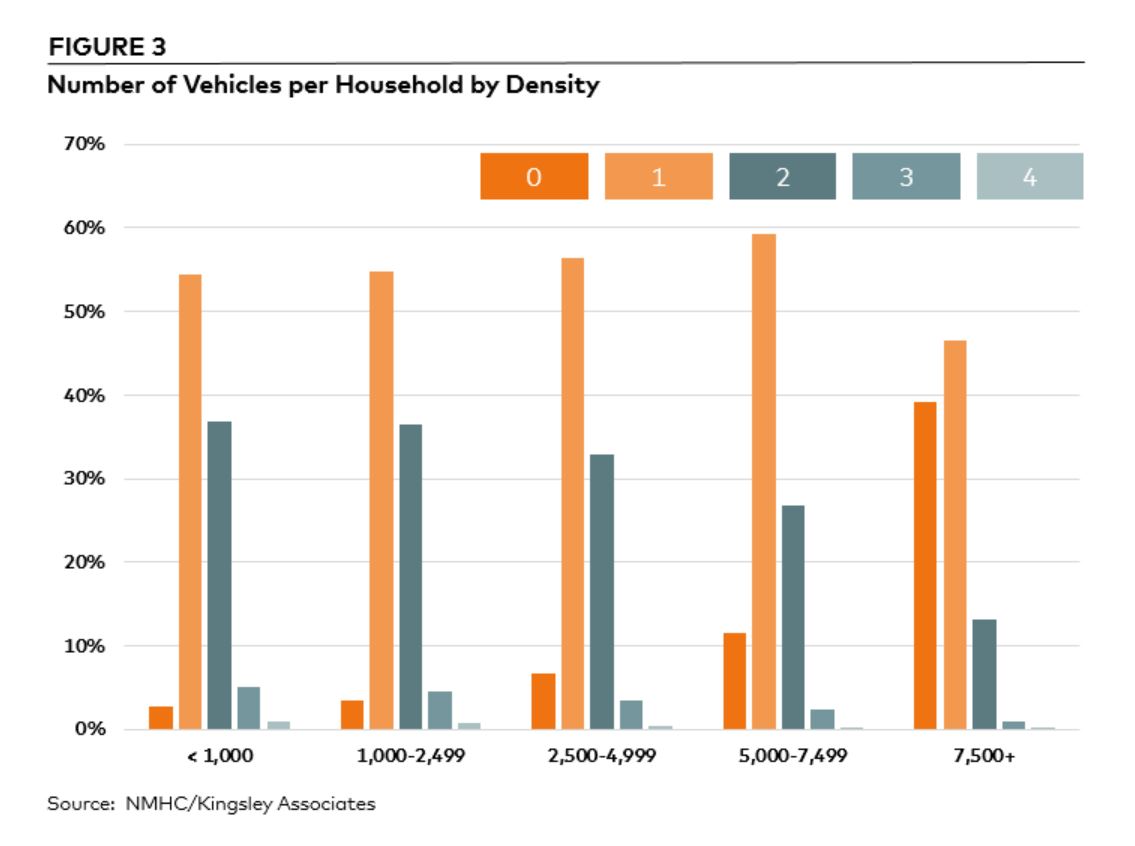 Housing types differ greatly between city and suburban areas. Cities have traditionally had higher density, with more multifamily units than areas traditionally known as suburbs. However, as our research shows, the term “city” should not be confused with “high density.”

Clear differences in the composition of the housing stock and resident characteristics emerge when viewed through the lens of density that would otherwise go unnoticed when traditional city or suburban designations are used. As development continues to change the landscape of our metro areas and more areas qualify as “cities,” density may prove a more reliable indicator of housing trends.

Caitlin Walter is the senior director of research at the National Multifamily Housing Council in Washington, D.C. She can be reached at [email protected].