The two firms will focus on acquiring value-add properties in primary and secondary markets across the country. 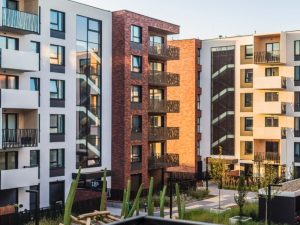 Photo by Isaac Quesada via Unsplash

Bain Capital Real Estate and Magnolia Capital have formed a new joint venture to spend more than $900 million on multifamily acquisitions across the U.S. over the next several years. The two companies will look to buy, renovate and operate communities in primary and secondary markets in a value-add strategy.

The partnership plans to focus first on acquiring garden-style, middle-income apartment communities built between 1975 and 2000 in strong Sunbelt markets, the firms said in their announcement. After purchasing the properties, the venture plans to implement capital improvement plans that will include upgrades to unit interiors, building exteriors and resident amenities.

Bain Capital Real Estate Managing Director Kavindi Wickremage said in prepared remarks that the firm believes there is a long-term need for middle-income housing in growing markets in the U.S. where housing affordability issues are worsening, and that by teaming up with Magnolia Capital, the venture can increase the availability of quality housing at an affordable price point.

The joint venture launch comes one week after global investment manager Investcorp announced it had sold eight apartment communities in four states for more than $900 million.

While experts expect the multifamily market will face increasing pressure toward the end of the year, there have been positive signs for the sector. A recent report from CBRE found that certain market fundamentals—namely net absorption and vacancy rates—improved in the third quarter.

The big move into multifamily for Bain Capital Real Estate comes more than a year after the company began selling off life science assets across the country. In April of last year, Bain sold a 77,805-square foot property in the Boston area for $128 million, followed by the firm’s sale of a 314,000-square-foot life sciences campus in San Diego for $255 million. The biggest sale came in August 2019, when the company closed on the sale of a life science portfolio in the Research Triangle area of North Carolina for $405 million.