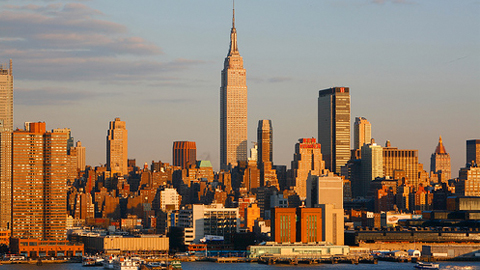 New York—A new threshold in New York City apartment pricing was established this year. For the first time, average prices of Manhattan apartments, including co-ops and condominiums, exceeded $2 million, having climbed from $1.9 million in 2015 to approximately $2.2 million this year.

These are among the findings of the recently-released CityRealty.com Year-End Manhattan Market Report. Tracking apartment sales, the report also offers data and analysis of significant trends this year in the New York City real estate market, as well as market projections for the 12 months to come.

“It’s clear that developers of new Manhattan condos have reached new peaks in terms of pricing, and proven that there’s investor appetite at the top end of the market,” CityRealty.com Director of Research Gabby Warshawer told MHN. “Buildings like 432 Park Avenue and One57 have created new price thresholds for developers mining the top of the market.”

Among the report’s highlights for this year are the following findings:

One of the most significant predictions for the coming year is that average prices for condominiums will decline in 2017, representing the first drop in more than five years. However, average price overall will remain the same, the report’s authors stated.

“There has been much discussion of a glut of units at the top end of the market in Manhattan,” Warshawer said. “So far, average prices have not borne this out as a trend because a great deal of the sales in new, luxury condos—such as 150 Charles Street or 432 Park Avenue—were actually in contract two or more years ago.

“We’re expecting to see fewer of those sales in the next year or two, which will likely have an effect on the overall average price. It will be very interesting to watch how the next wave of very expensive condos—such as 220 Central Park South and 520 Park Avenue—fare. It is unlikely that we will see closings in those buildings next year. “