The company purchased Pier 5350, a 400-unit community in Jacksonville, and plans to make green upgrades to the property. 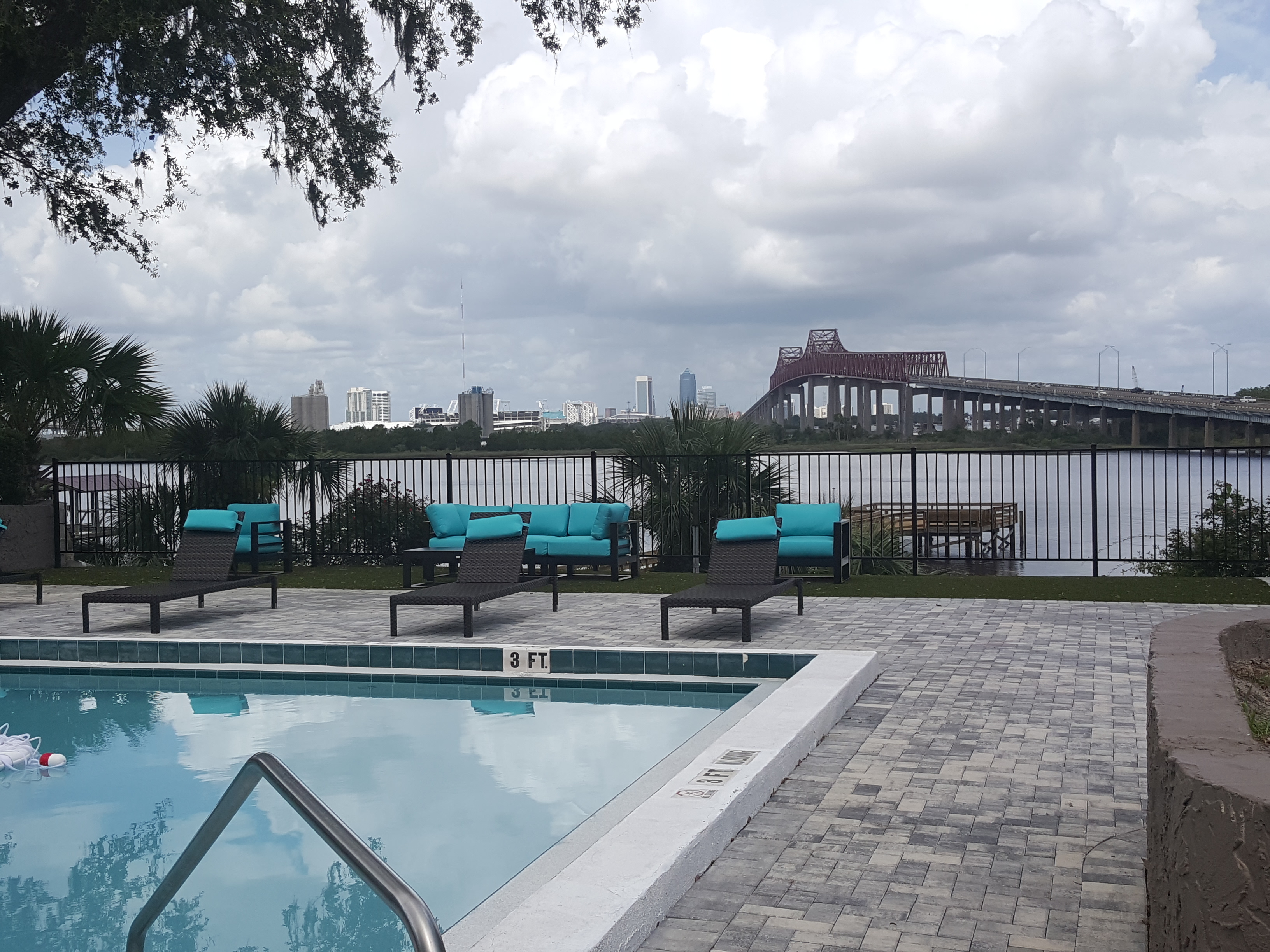 Attracted by the market’s strong apartment fundamentals including population, income and employment growth as well as the asset’s value-add potential, Atlas Real Estate Partners made its first multifamily acquisition in Jacksonville, Fla., with the purchase of the 400-unit Pier 5350.

The seller was 29th Street Capital, a privately held real estate investment firm from Chicago which had owned the property since Dec. 30, 2016. The garden-style community is located at 5350 Arlington Expressway near the Mathews Bridge.

“Pier 5350 perfectly fits our investment strategy of acquiring Class B apartment communities at a significant discount to replacement cost that can be repositioned to create additional value,” Arvind Chary, Atlas managing partner, said.

Stampone said the property’s waterfront was another strong selling point and one that Atlas felt previous owners hadn’t focused on.

“It was completely underutilized. It was seen as an afterthought. We’re making it a true focal point,” he told MHN.

Plans call for moving amenities to the waterfront, including adding barbeque grills, fire pits and seating. The team will also upgrade the riverfront pier, adding umbrellas and lighting to encourage people to enjoy the views of downtown Jacksonville, Stampone said. He said Atlas will also be upgrading the pool area with new furniture, cabanas and water features. It also plans to add agility equipment to the dog park and barbeque grills to the sport court. Other exterior upgrades include enhancing landscaping, lighting and the parking lot. Unit interiors will also be renovated.

Stampone noted that the firm will be making green upgrades including adding energy efficient appliances and implementing water conservation systems as the property was financed with a Freddie Mac green loan. The 12-year fixed-rate Freddie Mac loan was originated by Mitch Sinberg and Matt Robbins of Berkadia Commercial Mortgage.

Pegasus Residential, a regional management firm based in Georgia with a strong local presence, is the new property manager.

Atlas executives said development plans for downtown Jacksonville and city leaders’ support of creating a live/work/play environment were also important when deciding to make the acquisition. The property is a three to five minute drive to downtown, Stampone said.

The Jacksonville MSA population grew by 19.8 percent from 2000 to 2010, more than double the national growth rate, according to Atlas. It also grew by another 13 percent from 2010 to 2018 and is projected to grow about 7 percent through 2023. Rents in the Class B space have been rising 5.1 percent year-over-year and rents in the submarket are expected to increase 4.5 percent, 4 percent and 3.8 percent, respectively, over the next three years.

The firm currently owns properties in Naples and Sarasota, Fla., and Stampone said they are also interested in Orlando as well as Fort Myers, Tampa and St. Petersburg. Other multifamily assets are located in Virginia, including Richmond, Norfolk, Hampton Road and Newport News, he noted. In February 2016, Atlas and joint venture partner Blue Whale Enterprises sold Sawgrass Cove Apartments, a 336-unit, garden-style apartment community in Bradenton, Fla., for $39.3 million. The partnership had owned the asset 2011.