Many generalizations have been made, primarily by marketing professionals, about today’s young adults, but are they really that different from other generations at the same age? We debunk some common myths. 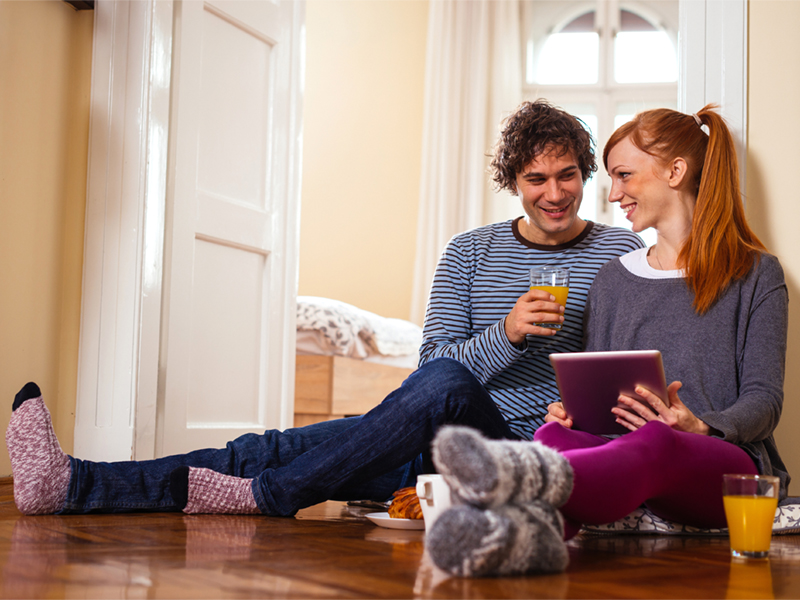 Many industry professionals tout the size and preferences of the Millennial generation as the main contributor to the current healthy state of the apartment industry. The maturing of many Millennials (those roughly age 18 to 34 in 2015) into adulthood coincided with the post-housing crisis recession, combining a massive influx of people into the age cohort most likely to rent their homes with an economy that made it difficult for many people to to buy houses.

But the sheer size of the Millennial generation, larger than even the Baby Boomers, can also muddle its real effects on the housing market. Many generalizations have been made, primarily by marketing professionals, about today’s young adults, but are they really that different from other generations at the same age? Here, we debunk some common myths about members of the Millennial generation and set the record straight.

Renting less than you think

The 18-to-34 cohort has historically had the highest rentership rate of all age groups, but that level has varied over time. In the 1980s, which opened as the Baby Boomers were turning ages 16 through 34, rentership for the cohort started climbing and kept it up well into the following decade. But in 1999, when the oldest Millennials became adults, it actually started to fall. From 2005 to 2016, it was actually the 35-to-44-year-old group known as Gen X that registered larger increases in rentership.

Today’s young adults are increasingly late to form households; the share of young adults living at home with their parents has grown from 29 percent in 1983 to 32 percent in 2016. As a result, young adults make up a smaller share of apartment households than previous generations at a comparable age.

One reason for this decline in the share is because young adults today are delaying traditional life events, particularly marriage and parenthood. In 1980, the median age at first marriage for women was 22; by 2016, it was  27. For men, it rose from 25 to nearly 30. Similarly, the median age at which a woman gave birth to her first child rose by a year and a half between 2000 and 2014.

Young adult households that have been established are different than they used to be. In the 1980s, married couples accounted for 30 percent of apartment households headed by someone 18 to 34 (with or without children); by 2016, that number had fallen to 21 percent. During that period, the share of multifamily households composed of roommates had increased from 12 percent to almost one quarter (22 percent).

A common refrain is that members of the Millennial generation are burdened by debt and high housing costs, which prevent them from completing traditional life events. That could be true—the only time the rentership rate for young adults fell was from 1998 to 2005, when the economy was booming, mortgages were readily available and homeownership was rising.

No one disputes that the recession was hard on young adults; the unemployment rate for 18-to-24-year-olds and 25-to-34-year-olds increased dramatically from 2007 to 2009 before starting its slow recovery in 2010. This may explain in part the increase in young adults living with their parents, as well as the increase in roommate households, although it’s worth noting that the number of young adults living with their parents also increased in the early and mid-2000s.

Another financial pressure on young adults has been lack of income appreciation. In real terms, the median income for an individual apartment renter age 25 to 34 (as distinguished from the entire household’s income) was almost the same in 2016 as iit was in 1980, and for 18-to-24-year-olds, it was slightly lower. And 57 percent of apartment households headed by the 18-to-24 set spent more than 30 percent of their income on housing in 2013.

So what does this tell us? It means that attributing this cycle’s historic apartment demand largely to members of the Millennial generation is inaccurate; in fact, many age groups have contributed to the growth in rentership. Much of the demand ilikely reflects both long-term changes in the lifestyle choices of young adults as well as their financial situation.

These fundamental shifts could change how our industry should anticipate future demand, as renting may now have a longer life cycle than ever before. There also may be a need for a paradigm shift in land use to accommodate this lengthening cycle. The traditional narrative that individuals graduate from college, move into an apartment, get married and then buy a house no longer holds true.

Caitlin Walter is the director of research at the National Multifamily Housing Council in Washington, D.C. She can be reached at [email protected]

Originally appearing in the May 2017 issue of MHN.