Property managers can learn a lot about how a certain company responded to the 'Sex and the City' spinoff. 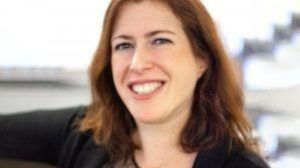 Spoilers ahead! Stop reading if you don’t want to know what happens in the first episode of And Just Like That…

Hold on to your Manolos, everyone. The much-anticipated Sex and the City reboot And Just Like That… premiered last week. Before the first two episodes aired, it seemed like almost everyone was abuzz: How would they address Samantha not being there since Kim Cattrall refused to do the show?

Well, that mystery was solved right away via character exposition. Samantha’s in London. Womp womp.

But what really excited me, personally, was finding out that a Peloton instructor, Jess King, was going to be in the first episode, playing an instructor named Allegra. I love my bike. And it’s not just me. People who have Pelotons famously always mention their Pelotons. The instructors are talked about like they’re close, personal friends. (We’re a special breed of insufferable.)

In the beginning of the first episode, Big says he can’t go with Carrie to a recital because he was going to take a Peloton ride with his favorite instructor, Allegra.

And at the end of the episode, after that fateful ride, Mr. Big proceeds to have a heart attack and die right next to the bike right in front of Carrie, while she just stands there, not calling 911 (I might still be bitter about that).

And just like that, Peloton’s stock prices dropped dramatically.

I mean, personally I love riding the bike, but after that episode, I was like, maybe I’ll just do some yoga today or something.

Peloton reportedly did not know how their product was going to be represented in the show. Speaking to BuzzFeed News, Peloton spokesperson Denise Kelly said, “Due to confidentiality reasons, HBO did not disclose the larger context surrounding the scene to Peloton in advance.”

Talk about a reputation management issue!

But, within 48 hours, Peloton put together a commercial that showed Mr. Big, alive and well, in a secret rendezvous with Allegra, talking about how biking is good for your cardiovascular health.

And, just like that, the company’s reputation is on the mend. (I couldn’t help but wonder, would the company ever agree to work with HBO again? Something, something, cosmopolitans.)

Of course, it’s important for multifamily companies to also be on top of their reputation management. A bad review on a review site could dissuade potential renters from considering the community. So what can property managers learn from the And Just Like That…/Peloton debacle? Here are a few suggestions:

What else should property managers do in regards to reputation management? And what did you think of the first two episodes? And do you want to be my friend on the Peloton leaderboard? I’d love to hear what you think! Post your comments on our Facebook page or send a tweet to @MHNOnline or @jfiur.