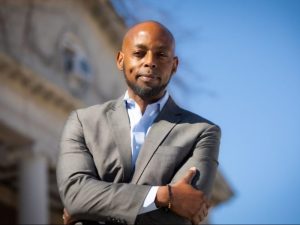 For minority developers, obtaining financing for affordable housing projects has always been a major challenge. Black and Brown developers involved in low-income housing in the nation’s largest market, New York City, have experienced firsthand all the difficulties that one needs to overcome to gain access to critically needed capital and resources.

Carthage Real Estate Advisors CEO Ed Poteat is a Harlem native who grew up in an affordable housing community. He’s now building such projects for others, so we asked him to talk about the barriers he constantly needs to break down to see his projects come to fruition. Poteat also shared his thoughts on ways to induce systemic change for minority-owned companies that strive to address the chronic affordable housing shortage in New York City.

From a diversity standpoint, how would you describe New York City’s multifamily market today?

Poteat: The market hasn’t significantly diversified since I began my career more than 20 years ago, but I do see signs of change on the horizon.

How difficult is it for Black developers to obtain capital for their projects, particularly when trying to get funds for affordable housing developments?

Poteat: Over the past five to seven years, the City and State have done a good job finding incentives within existing programs to make the process as simple as possible for Black and Brown developers. There’s been a lot of progress since I began my career in the industry.

However, barriers do still exist regarding access to capital. People prefer to work with people that look like them. It’s human nature. Today, capital markets are mostly made up of non-Black and Brown people. It’s no one’s fault but does explain why Black developers are constantly fighting for access to funding.

You have a large project underway in Harlem. Where did you find support for it? Who opened their door when you needed it most to get this project going? 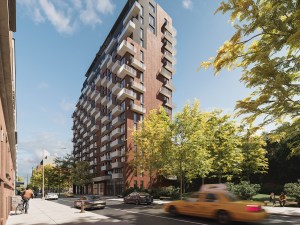 Poteat: We had to go abroad to find capital for Marcus Garvey Village, which comprises 212 and 224 West 124th St. Luckily, our partners invested patient capital despite several delays. Our first building is complete and we’re breaking ground on our second building soon.

The expiration of New York’s 421a tax abatement has generated a lot of concern in the metro. How do you expect the affordable housing industry to move on without it?

Poteat: Individuals who aren’t well-versed in our local real estate industry don’t understand how detrimental the elimination of the 421a program is to New York City. There are two types of affordable housing: the type that I do, which is 100 percent affordable housing, and the type that large multifamily developers like TF Cornerstone and Durst are known for. These developers used to rely on the 421a program to build residential buildings because they couldn’t justify the cost of construction with the current tax structures in place.

The 421a program provided a good incentive to bring affordable units to expensive neighborhoods such as Flatiron, Midtown and downtown Brooklyn. With the elimination of the program, we’ll no longer see affordable housing development in Manhattan, downtown Brooklyn and Long Island City. Legislature leaders believe the $1.7 billion-a-year developer tax break can be used to build pure affordable housing, but the mechanisms aren’t there yet. We’ll lose mixed-income units in better parts of the city and won’t be successful in building units elsewhere.

Why is it important for you to focus on affordable housing development specifically? Why do you feel the need to give back to your community?

Poteat: I grew up in the Mitchell–Lama Affordable Housing program. My family was lower middle class, so having access to good housing was one less headache we had to deal with. I always considered the roof over my head to be a gift and wanted to provide homes for Black and Brown people just like me.

I’ve been happily pursuing this dream for more than 20 years. The ultimate payoff is when tenants living in one of my buildings thank me for the work I’ve done. I can’t help but smile.

What systemic changes do you think are imperative in New York City’s legislature to help companies such as Carthage build more affordable housing projects where they’re most needed?

Poteat: New York City has done a great job welcoming Black and Brown developers into the fold. Our leaders have enacted policies that have produced results. However, the City’s legislature needs to allocate more money to affordable housing. It should also improve its infrastructure so that Black and Brown developers can secure funding more easily. 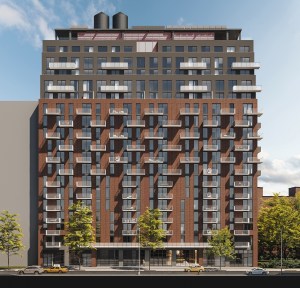 Poteat: Black and Brown developers understand the full impact affordable housing can have in empowering communities. Everyone recognizes that affordable housing benefits low-income tenants, but I like to argue there’s a short-term economic stimulus that comes from it. New affordable housing developments create jobs through construction and staffing but can also introduce social good into a community.

For example, with Marcus Garvey Village, we’re allocating space for Community Board 10 and building out a rooftop performance area for local artists. On the ground floor, we’re creating Harlem’s SGL-LGBTQ Center with office space, program rooms, a library with LGBTQ history archives, a café and lounge, and a drop-in medical clinic.

We enlisted the help of local LGBTQ organizations to design programs including arts and entertainment classes, entrepreneurship classes, mental and physical health services, senior services, youth services, trans services, outreach for local community-based organizations and a food pantry. All of this wouldn’t be there if we weren’t building 168 units of affordable housing above it. Simply put, Black and Brown developers are keyed into their local communities and know how to bake benefits into their projects.

Is there anything else you would like to add about the future of affordable housing development in the New York City area?

Poteat: There’s a lot of talk now about the need for more affordable housing. I’ve had conversations with politicians who really want to act, but don’t know how. The answer is simple: We must build more densely. There should be large zoning bonuses in place for affordable housing development. On the state level, we need to allocate more money to affordable housing. We’ve done it before and it’s not complicated. We need to convert the will into policy. I’m hopeful we can get there.