Thomas Bozzuto, chairman of The Bozzuto Group, discusses the affordability crisis, and what can be done to fix it. 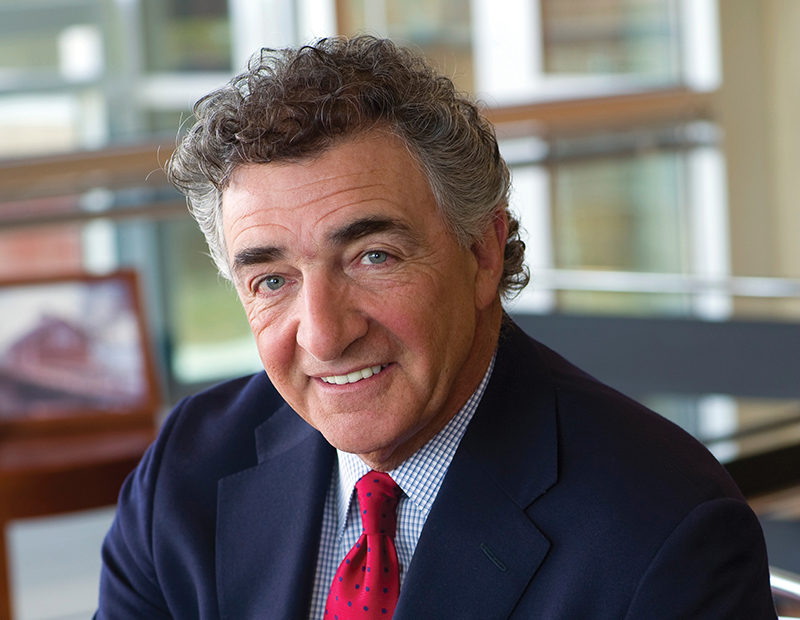 There is a tremendous housing problem in America. It was also the case 45 years ago, when I studied urban issues in graduate school. Some things have gotten better; some have not. But if we make some changes now, in another 45 years the situation might be somewhat better.

Fifty years ago, when rioting spread through American cities, we as a country had a two-pronged housing crisis. First, there were thousands of Americans living in homes that were physically deteriorated, lacked basic infrastructure, and were very far from being “decent, safe and sanitary.” Second was a financial crisis: Many Americans were paying far more than 30 percent of their income for rent.

We have done a remarkably good job of eliminating much of the substandard housing that existed not only in our cities but throughout our rural countryside. What we haven’t been as successful dealing with is the affordability problem. According to the Harvard Joint Center for Housing’s just published “State of the Nation’s Housing—2016,” more than a third of our citizens pay greater than 30 percent of their income for housing. And of those people, almost half pay 50 percent or more of their income for shelter.

One could conclude that if these housing-poor people are the same ones who can’t afford food or health care, then perhaps the solution is to find a way to supplement their income. It would certainly be simpler. But for a variety of philosophical and consequently political reasons, our public officials have chosen not to do this, and instead have tried to find ways to provide these goods and services with individual subsidies or somehow with lower costs—in other words, by creating affordable health care or affordable housing.

Most students of housing are aware that the government has had many different approaches to the housing problem since the 1930s, when President Roosevelt first focused on addressing it as a national issue. One of these approaches involved direct ownership of the housing by government agencies; another, with numerous variations, involved subsidies to private builders; yet another involved providing housing vouchers to the lower-income person themselves; and finally, another involved using the Tax Code to provide support for this housing. Implicitly, all recognized that without government help, the private market could not meet this affordable housing need.

But as the affordability crisis has persisted, and as the percentage of the federal Treasury available for housing support has declined, local officials have attempted to deal with this problem themselves by imposing requirements on builders that they set aside, usually, somewhere between 10 and 15 percent of market-rate housing for lower-income renters or buyers. While there are as many variations on this program as there are municipalities that have tried it, generally these requirements are collectively addressed as “mandatory inclusionary zoning.”

The theory behind inclusionary zoning is that in exchange for, and because of, additional density, over and above what would be available if the law didn’t exist, the builder can afford to set aside a certain percentage of the units being created at a lower price or rent than he or she would otherwise charge. The problem with this theory is that additional density loses its economic benefit the minute it becomes mandatory. That is, while it would indeed be a benefit to a builder if he got something another builder didn’t get, as soon as every builder is required to do something, it is no longer a benefit; it is a tax.

Now, all that does not mean I am opposed to inclusionary zoning. On the contrary, I think it makes sense in those jurisdictions where the strong demand for housing is sufficient to make it possible for builders or land owners to afford this tax. (I add land owners to this because it is often the land owner who receives materially less money per unit for these “zoning bonus units” than they receive for the market-rate units.) I point out that this is a tax just because I am opposed to public officials, or the public, thinking that they are getting something for free.

Where inclusionary zoning doesn’t work is in jurisdictions where the demand for housing is so low that a builder can’t afford the tax. And in my opinion, where it doesn’t make sense is in communities where there is an abundance of affordable housing but the housing just doesn’t happen to be new.

Social scientists today argue, based on some compelling case work, that poor people tend to prosper more when given the opportunity to mix with higher-income people, when they are given the chance to get out of ghettos of poverty. While I recognize and respect the merits of this argument, we need to examine the best method of achieving mixed-income housing.

We need to start by recognizing that housing for poor people doesn’t cost any less to build than housing for more affluent people. A brick, a piece of lumber, a sheet of dry wall pretty much cost the same regardless of where they’re used. And if our goal is to create housing for which the majority of the occupants are market-rate citizens who have choices of where to live, then the housing better look as attractive and offer as much in the way of amenities as housing in another jurisdiction without any affordability requirement. Additionally, capital that is used in a jurisdiction with affordability requirements expects at least the same return it can attain in another jurisdiction without such requirements. Finally, we need to recognize that much of the cost of housing—in some places at least 30 percent—is a direct result of fees and charges imposed by the government.

The foregoing should help us understand that if government, local government in particular, is interested in creating new affordable, mixed-income housing, it has to do more than simply mandate it.

Secondly, we should understand that the majority of housing available to people of lower income 10 years from now already exists today, and it is private, market-rate housing. At 10 to 15 percent of new construction, we cannot build our way out of the affordable housing crisis the Joint Center describes. Recognizing this should lead us to the conclusion that if we want poor people to be able to afford housing, we, American citizens, have to find a way to make it possible for them to pay for that housing.

Based on this, I would recommend a multi-pronged strategy for addressing housing affordability. First, as to new housing where a jurisdiction decides to impose inclusionary zoning, the community has to help. It should do everything possible to eliminate the fees and charges it would otherwise collect on housing governed by this law. That would include waiver of fees and real estate taxes for at least the affordable units.

In addition, we must increase funds available under the housing assistance program. This federal program, known as the Housing Choice Voucher Program, provides funds directly to lower-income citizens and allows them to decide where to live. Created in the 1970s, the “Section 8” Housing Choice Voucher Program has become the dominant form of federal housing assistance. There are today more than five million people in 2.2 million low-income families using vouchers. Yet the need is substantially greater.

Of course, we live in a time of constrained federal spending, so where will this money come from? My answer is that we should substantially curtail the mortgage interest deduction offered to home buyers, which is the largest housing subsidy program in America. Approximately 75 percent of housing expenditures by the federal government went to homeowners. And the bulk of this goes to the top fifth of households based on income. As public policy, this is perverse.

Some would argue that if we increase the demand for housing by putting more money in the hands of prospective renters, rents will only increase. While this is possible in the short run, our country’s housing industry has shown an incredible ability to build housing if demand exists.

Knowledgeable readers will notice that I have yet to mention the Low Income Housing Tax Credit Program. While this much praised and successful program serves an important purpose in increasing the supply of affordable housing, it is so terribly complicated that it is used by only a very small and specialized segment of the housing industry. Think of how much more affordable housing could be built if we were to simplify and adequately fund this program so that the broader building industry would be attracted to it. Unfortunately, not only are those controlling government funds opposed to this idea, so are those who have figured out the program and benefit from its complexity. While continuing the program as it is makes sense, it is by no means the complete answer to our housing affordability problems.

Our nation’s housing problem is a very serious one. Right-minded people can disagree on the best way to address it. But we can’t just do what we’ve been doing, and we can’t ignore it.