Affordable Housing: What’s Ahead in 2019

Bridge Capital Markets Group Managing Director Inna Khidekel on why the affordable housing crisis got worse in 2018 and where the market is headed.

High construction and land costs, zoning rules, a tight labor market, poor management and regulatory hurdles—these are just a few obstacles behind the country’s severe housing affordability problem. For example, a recent joint research study by the National Association of Home Builders and the National Multifamily Housing Council determined that government-imposed regulations comprise more than 30 percent of multifamily development costs. This has a great impact on the multifamily industry in general and the affordable housing market in particular. 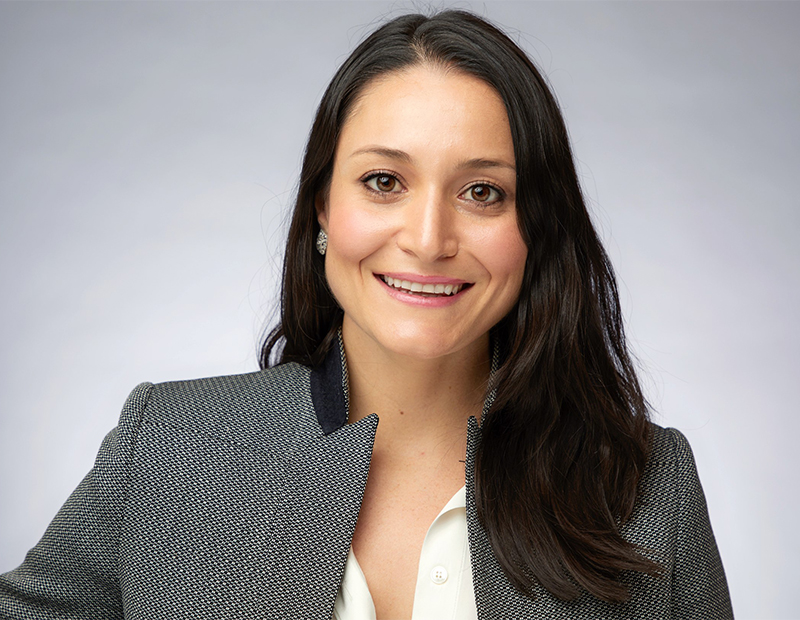 The list of reasons why the affordable housing crisis has become a poignant issue is long. Inna Khidekel, Managing Director within Bridge Investment Group’s Capital Markets division, thoroughly reviews the affordable housing market in 2018, highlighting the aspects that concerned investors and developers alike. She also assesses the effects of Opportunity Zones on the sector and offers an outlook for 2019.

How has the affordable housing crisis evolved in the U.S. in 2018?

The affordable housing crisis in the U.S. continued to get worse in 2018 for the following reasons:

Please tell us about the most important implications of Opportunity Zones on affordable housing and local communities.

Khidekel: While Opportunity Zone legislation, when executed thoughtfully and responsibly, should have a positive effect on community development and spur activity in underserved areas of the U.S., the regulations make it difficult to execute an affordable housing strategy. The reason for this is the legislation inherently requires a focus on new development. Given elevated construction, labor and financing costs in a rising interest rate environment, the economics for creating housing that artificially maintains affordable rents becomes highly challenging, unless there are additional local tax breaks or incentives.

However, there will be some Opportunity Zone projects where cities will recognize these issues and provide tax increment financing or redevelopment tax credits that will make the development of new low-income housing more feasible. This is likely to occur in cities that can afford these types of incentives.

Opportunity Zone legislation should still create positive economic impact both directly and indirectly, with new job creation and the development of hubs of economic activity in many areas that did not have much activity previously, with new housing, retail, office and hotel. But to truly make a difference to the affordable housing crisis, some of the structural barriers to the construction of affordable housing will need to be addressed, whether via innovative construction methods such as modular construction, financing support or zoning and entitlement incentives.

Public-private partnerships are surely a way to address the need for more affordable housing options nationwide. Is there anything obstructing these types of partnerships?

Khidekel: Some innovative public-private partnerships exist today and have made a difference. For example, Bridge Investment Group has a first-of-its-kind— and currently exclusive to Bridge—$500 million plus financing facility with Freddie Mac dedicated to the preservation and rehabilitation of housing affordable to U.S. renters earning below 80 percent of the area’s median income. This is the “missing middle” of the U.S. workforce that is most at risk to market forces, as these renters typically earn too much to qualify for the—albeit, scarce—government-subsidized housing programs such as LIHTC and too little to afford new housing or rents that have continuously gotten more expensive from value-add repositioning. Agency and private sector partnerships are hugely powerful as agencies have the backing of the U.S. government and large balance sheets and can make a significant difference at scale on both the debt and equity sides.

There are, of course, a number of government-subsidized initiatives in place that private developers can utilize, but the scale is way too small and shrinking relative to the enormous need. The biggest gap, and where public-private partnerships are most critical, is for workforce housing, the bread and butter of the U.S. workforce—teachers, public city workers, policemen, health-care workers, firemen etc. Historically, there has not been enough partnership between the public and private sectors to address the needs of this population, except occasionally on a local level and often with limited resources and budget to achieve scale. The public sector is already strained by deficits and competing demands on a limited pool of resources.

At the state level, affordable housing budgets are often too small and a number of states are in too much financial trouble to be able to expand incentives. Zoning and entitlement are particularly acute issues in many states. Yet, with the current dynamics, it has never been more critical to address this growing problem. The naturally occurring affordable housing market is an institutionally sized market that is four times larger than that of the government-subsidized affordable one and specifically geared towards meeting the needs of this “missing middle.”

Which would be the ideal PPP?

Khidekel: Bridge has found that outside of the agency financing mentioned, the best public-private partnerships are when the private sector is adding to the solution without asking too much of the public regulatory body in return. In addition to public-private partnerships, those between the private sector and nonprofits can make a tremendous difference to enhancing social and economic mobility and improving both the quality and cost of living for the priced out workforce.

The affordable housing shortage is particularly acute in the special needs segment. How did developers respond to this in 2018 and what do you expect them to do going forward?

Khidekel: Special needs housing has even more prospective construction challenges and costs, and thus is at particular risk. This is an area where public-private partnerships are even more critical, thus I would expect to see more partnerships, subsidies and legislative action established in the future to address this need. Senior housing memory care facilities are also at a deep shortage given the rise in dementia and Alzheimer’s. There is a dire need for more needs-based memory care facilities, particularly with high-touch services, to be developed in the coming years as the “silver tsunami” hits.

Name a few metros that could serve as good practice examples when tackling the affordable housing crisis.

Khidekel: Montgomery County: They have a right of refusal, but when they saw the work we were doing in preserving affordable housing, they provided approval on a property they would have otherwise acquired.

San Francisco: Supporting innovative prefab construction options that would provide affordable housing at a much lower and faster construction cost, with expedited zoning and entitlement, particularly critical in challenged and high-density urban areas.

Las Vegas: Attractive market in this cycle, with rapid growth after a slower recovery and strong market fundamentals for the preservation and rehabilitation of affordable housing for the local workforce.

Most of the upcoming supply is geared toward the upscale segment. How do you expect this to influence the affordable housing market in 2019?

Khidekel: There will likely be a continued exacerbation of the supply-demand mismatch in 2019, without structural solutions to address the development of more affordable housing. Ninety-six percent of new construction in the urban core requires household incomes of over $75,000—83 percent nationwide—yet the median income is only around $60,000, with 62 percent of U.S. renters earning below 80 percent of that number.

Class B housing construction deliveries have declined from nearly one in two in the early 2000s to one quarter of new supply today and affordable deliveries has declined to less than one in 10. A rising interest rate environment will only further dampen this supply. While some supply may be created with innovative construction methods or due to revamped zoning and entitlement in certain markets, supply will continue to be concentrated towards the upscale segment. Obsolescence of existing aging inventory and poor management further reduce supply by about 100,000 units annually. Combined with a forecasted reduction in LIHTC, this does not bode well for supply, especially as demand is growing the fastest from the cost-burdened population.

What are your expectations regarding the affordable housing market in 2019? Any notable changes ahead?

Khidekel: What does look promising is increased private sector solutions that both ameliorate this crisis and generate attractive market risk-adjusted returns for investors. As institutional investors increasingly recognize naturally occurring affordable housing as a recession-resistant, attractive asset class with its own unique operating characteristics from multifamily as a whole, there is hope for an improvement in these dynamics. I would expect increased institutional investment into non-government-subsidized affordable housing in 2019, which would be a hugely positive development.