A Secret Behind the Booming Real Estate Industry

A 2015 Crowdfunding Report released Tuesday by Massolutio highlights real estate as one of the dominating sectors to benefit from crowdfunding, driving $2.5 billion in capital this year alone. 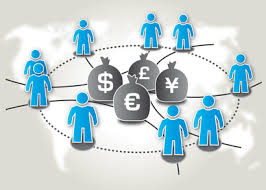 A 2015 Crowdfunding Report released Tuesday by Massolution, a leading analyst and research firm, highlights real estate as one of the dominating sectors to benefit from crowdfunding, driving $2.5 billion in capital this year alone. Crowdfunding allows people to fund their project or venture by raising monetary contributions from a number of people, typically through the Internet. In the past, acquiring investment money meant having a valuable idea, creating a firm business plan and getting loans from banks. It was the old saying of “the man with the gold makes the rules” and this referred to the financial institutions and a few wealthy individuals holding the power in real estate investment. However, today’s technology makes it a lot more convenient for anyone to find financial support for his or her project. Crowdfunding allows investors to pool money together to buy and directly own a portion of a real property.

“The better investment opportunities that are offered by the crowdfunding platforms may change large institution’s methodology of investing,” Steve Cinelli, senior fellow for Massolution Research told MHN. “This may steer them to invest directly rather than use the fund model.”

The report also revealed that in 2014, North America ranked as the largest region by funding volume at 56 percent market share compared with Europe at 42 percent. Picken says this is because the SEC and other regulators have been transparent about the rules, but overall it’s because U.S. real estate makes the most sense as an investment. A report released in 2014 by The Crowdfunding Centre, a London-based industry data analysis firm and Crowdfund Capital Advisors, a U.S.-based, for-profit advisory organization showed the best and worst states for crowdfunding. The best included Washington D.C., New York and Vermont. The worst included Mississippi, Nebraska and Arkansas.

“I think one of the more exciting areas will be the ongoing development of financing products for single-family residential properties,” Cinelli said.

The month of April represents the third anniversary of the JOBS Act, the legislation that opened up millions of dollars in capital access to growing and small business nationally and around the world. By law, crowdfunding sites must register with the United States Securities and Exchange Commission (SEC), either as investment brokers or funding portals for this kind of investment. In spite of the new regulations introducing all types of crowdfunding platforms, only about three percent of Americans participate. The SEC is currently discussing tougher regulations, which could mean more restrictions on investor participation in the future.

This year, U.S. commercial and industrial property crowdfunding expects to see a 250 percent increase. Picken believes this is because there is a growing trend around the world for people wanting to get access to commercial opportunities. Getting a foot in the door of commercial is difficult but crowdfunding makes this possible. Partners on the ground will see crowdfunding is here for the long run and will look to it as a source nationally and internationally.

“There are two takeaways from the data,” Cinelli said. “How will these products perform since real estate tends to be a long-term investment? Different platforms have different economic models. If they perform well there will be a proliferation of more and larger platforms. Next, are the projects looking at the crowd as a means of finance other than their conventional means? Are the projects being financed online and is it really adverse selection? This will be driven by the performance of the projects.”

Crowdfunding is too new of a system to firmly know whether it’s a positive or negative platform in the long run. This technology may offer opportunities to address the wealth gap by nurturing economic enablement and the rise of the wealth ladder. The SEC has recently delayed the release of final equity crowdfunding rules to possibly October 2015, which means they would be unlikely to go into effect no earlier than January 2016.