A Different Take on Amenities

Since the pandemic began, owners have reconfigured their amenities to accommodate social distancing and residents who work from home, explains columnist Lew Sichelman. 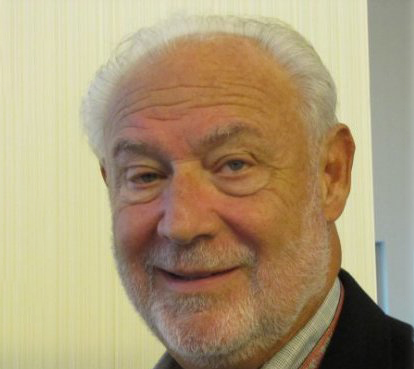 Sherman Residential probably didn’t realize it at the time, but the Northbrook, Ill.,-based apartment operator was way ahead of the curve when it decided to invest in a new amenity wing at The Sovereign at Overland Park outside of Kansas City, Mo.

The 250-unit garden-style property has won numerous awards for its outstanding landscaping. But when Sherman, which has some 24,000 units in 70 multifamily properties throughout the country, purchased the eight-year-old project in February 2020, it immediately “saw an opportunity” to improve the community’s clubhouse.

Working with The Hive Design Collaborative, the company did just that. And recently, it unveiled a new amenity wing that includes, among other things, a resident lounge with a kitchen and seating spread out for small gatherings, a business center with socially distanced work stations, a media room, 24-hour fitness center and package-receiving lockers and coffee bar.

If that kind of package doesn’t sound familiar, you are way far behind the times. Since the COVID-19 pandemic struck in full force last March, many apartment owners have reconfigured their amenities to accommodate social distancing and residents who work from home and rarely leave their safe environments.

But these days, amenities sometimes take on a different meaning. For AvalonBay Communities, the most important feature over-and-above the normal amenity package is soundproofing. Loud and clear, no pun intended, it’s “the biggest thing we’re hearing” from our occupants, says Craig Thomas, the firm’s senior vice president for market research.

“People want quiet,” explains Thomas, whose group provides analysis, modeling and strategy support for all aspects of AvalonBay’s real estate development. “It’s a real challenge for people who stay at home all day.”

Residents also want more room—both in their apartments and in their apartment developments. That’s why they are moving to the suburbs. It’s a trend that started long before the pandemic, but has been hastened by it.

“Ten years ago, the typical 25-year-old Millennial sought luxury rentals,” says Thomas. “Now, they’ve moved into the age where they are likely to want a less dense environment.”

For the last few years, AvalonBay, an Alexandria, Va.-based company which owns nearly 80,000 units, has been “building the heck” out of the suburban market, where it’s easier to spread out, says Thomas. “We’ve been there all along.”

But besides offering land for lower density, “it’s easier to secure entitlements” in suburbia, so developers can put their “money to work more quickly and earn a better yield.”

There’s always been a lot of importance placed a property’s on-site amenity package. But the emphasis is shifting beyond workout rooms, business centers and pools. Now, says Heather Boujoulian, a managing director at Berkshire Residential Investments in Boston, units “need to be larger.” Berkshire operates some 25,000 units on behalf of investors.

Projects where efficiencies account for 25 percent of the apartments don’t cut it anymore, says Boujoulian, who oversees Berkshire’s Development and Construction Investments group and sits on the company’s investment committee. “The average unit size is increasing.”

Today’s tenants “are giving up an urban lifestyle for more elbow room,” she says. “Larger apartments with more bedrooms make a lot of sense right now.”

Another sometimes overlooked amenity: Retail stores and services. Studies have shown that grocery stores, either on the property or within close proximity, add value. “A lot of our developments have a retail component,” says Thomas. “The closer they are, the higher the rent. Tenants will pay extra to be near a grocery store.”

There often are outdoor opportunities to improve a property’s amenity package. But inside, how about wider corridors and stairways? Or perhaps entry vestibules? Maybe higher ceilings, which add volume, and larger windows, which allow for more light?

Of course, these are design elements that are not normally considered to be amenities in and of themselves. But  developers today “have to be one-stop lifestyle providers offering more amenity options,” Serafin Maranan of AO, an architectural firm in Orange County, Calif., maintains.

Take wider hallways, for example. They allow for what Michael Medick, a principal in KTGY Architecture + Planning’s Tysons, Va., office, calls “spacial distancing” as opposed to social distancing. People need a wider berth in which to pass one another, he says, but they “still want to interact.”

Maranan also likes the wider hall concept, perhaps with offset entries for privacy. And in an appeal to today’s more health conscious populous, he favors better ventilation and lighting and with sanitizing stations along the way. “Normal HVAC systems are not enough anymore,” says the California architect, who has been a member of AO’s Multifamily Studio for 16 years.

Vestibules, perhaps with keyless locks and antibacterial surfaces, allow residents to enter into a small private space where they can remove their coats, jackets and shoes and sanitize. Then, they can open the next door and enter their apartments. If not vestibules, then how about recessed entries?

Vestibules are a take on the modern powder room found in most single-family homes. And the powder room descends from the era when builders placed sinks just inside the front door so their occupants could wash away dirt and grime before going further into their houses.

“It was a big part of the way people lived back then,” says Virginia architect Medick, offering that they make just as much sense now as they did then. Today, vestibules serve as a “more utilitarian” buffer between the outside world and residents’ private spaces, he explains.

Developers might also want to consider movable walls that allow tenants to convert their spaces from one use to another. Or taking a hard look at their parking garages. “The era of private car ownership will end within a decade,” predicts Maranan, suggesting that garage roof decks or even some levels can be converted into community lounges or workout spaces.

Speaking of rooftops, they are often the only places left for multifamily properties to help residents connect with the outdoors. So how about what Allison Paul of Lessard Design in Vienna, Va., calls “a yard in the sky.” When there is no open space on the ground, put it on top, Paul offers.

When the property is made up of townhouses, for privacy, Paul suggests consider staggering roof-top terraces, one at the front of a unit and another at the rear of the adjoining one.