Panelists at the NAREE conference were surprised to learn how fast this sector is growing. 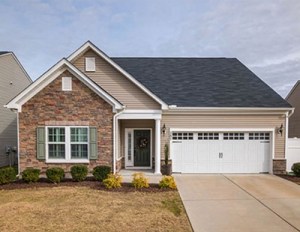 The number of single-family houses built for rent that are going up throughout the country is grossly undercounted, according to a South Florida housing economist who has been following the sector for years.

Hunter, who spoke to MHN at the National Association of Real Estate Editors annual conference in Miami, believes the discrepancy stems from the Census Bureau, which counts only those units their builders intend to hold.

But he says an equal number of units—or possibly more—are sold to other entities that operate them as rentals. “I’m not saying I have an exact number,” he said, “but by the end of the year 100,000 (built-to-rent) units will have been built. And that’s a conservative estimate.”

In it’s Quarterly Starts and Completions by Purpose and Design report for this year’s third quarter, Census counted 47,000 BTR units that had been started over the previous four quarters.

“But Census doesn’t account for everything” that’s being built, said Hunter, who spent 20 years running the consulting department at Metrostudy, which is now part of the Zonda real estate consulting firm. “A huge part of the build-for-rent market is excluded.”

Some industry professionals find Hunter’s estimate surprising, if not shocking. When told of the 100,000 figure, Todd Wood of Christopher Todd Communities, paused for a moment, took a deep breath and then responded “No!.”

Wood said 50,000 might be possible, but not much more. “It can’t be done.” he said. “There’s not enough capacity in the business. The infrastructure is just not there.”

But Hunter contends that market observers, by excluding units built as rentals but sold in bulk to investment groups and other operators, “are not giving enough credit to this aspect of the market.”

Though he won’t identify his clients by name, he says many of them are purchasing houses directly from builders to operate as rentals. “Many are names you never heard of, but within 18 months, you will,” he said. “They are very experienced firms in the real estate field.”

The economist bases his assumption mainly on bulletins from Yardi Matrix. This summer, Yardi reported it was tracking 4,000 built-to-rent units. But it also said it was picking up only 5 percent of the market.

So, Hunter multiplies that 4,000 figure by 20 to get to a 100 percent share of the market. Based on that exercise, he estimates that some 80,000 units are actually in the pipeline for this year.

Yardi also excludes units with shared walls as well as communities with less than 50 units. And in not counting those, Hunter believes 20,000 more units or so “are falling through the cracks.”

Consequently, he believes his 100,000 figure is on target, though he said “it could be that my number is low…It is an estimate based on assumptions, so I don’t want to exaggerate. But 100,000 doesn’t sound unreasonable to me.”