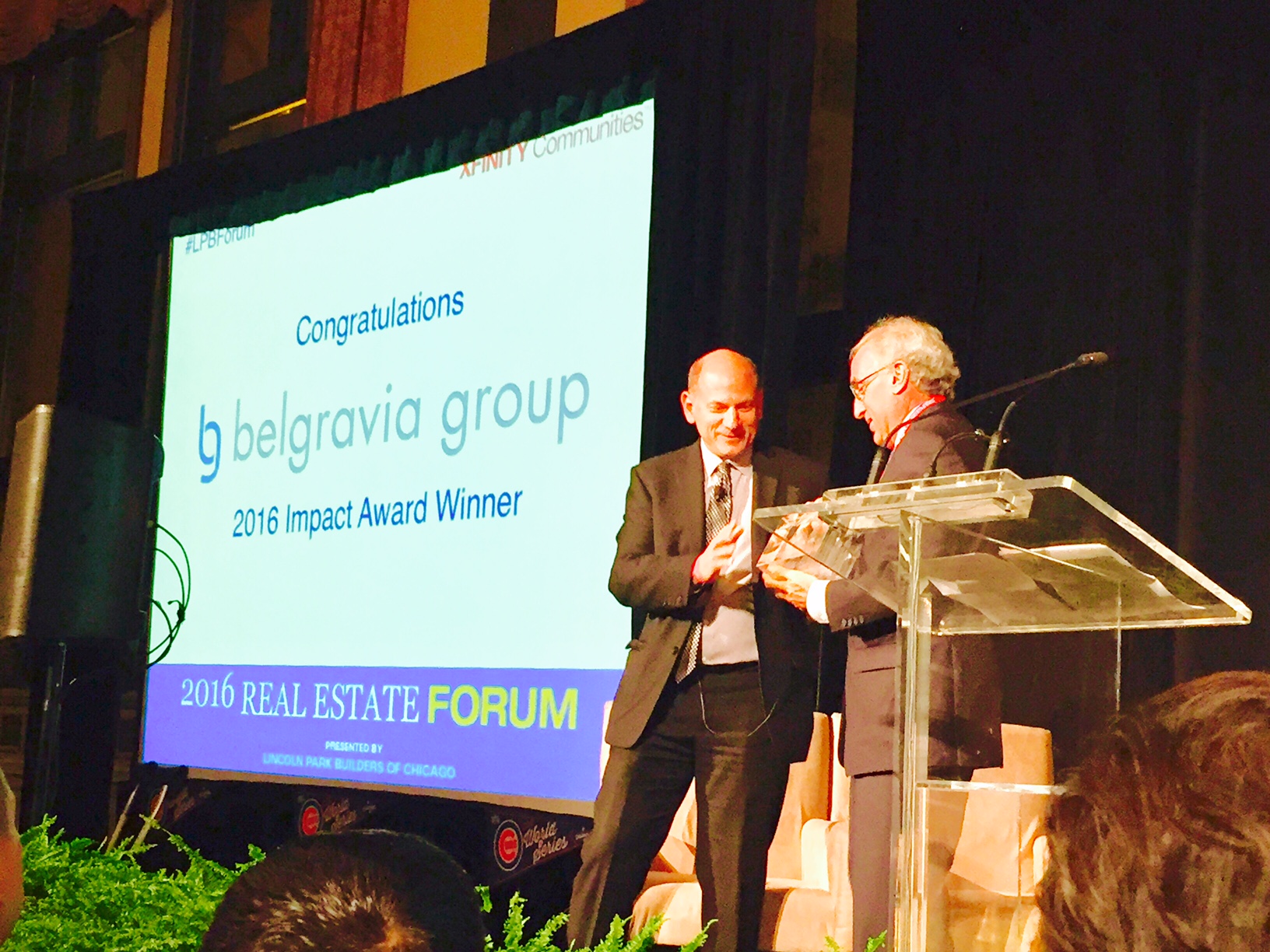 Chicago—At this year’s installment of the Real Estate Forum staged by Lincoln Park Builders of Chicago, leaders in Windy City development convened for a program titled “The Shifting Sands of Chicago Real Estate.” Debating issues from affordable housing to new unit absorption and condo conversion timing, they agreed on little beyond that the newly crowned world champion Chicago Cubs had posted a historic season.

The Forum’s panel comprised Lee Golub, principal and executive vice president of developer Golub and Company; Alan Lev, president and CEO of Belgravia Group, a developer of Chicago townhome and condominium communities; Judy Frydland, commissioner of the Chicago Department of Buildings; Keith Lord, president of The Lord Companies LLC, specializing in urban infill and adaptive re-use brokerage, design and development; Frank Campise, principal of JAB Real Estate Inc., focusing on multifamily development; and Curt Bailey, president of Related Midwest, developer of properties throughout the Midwest, with an emphasis on Chicago.

Moderator Lee Kiser, principal and managing broker of mid-market multifamily brokerage firm Kiser Group, launched the discourse with an evergreen inquiry about Millennials’ impact on developers and owners. “They’re not buying, due to student debt, the desire for career flexibility and the tendency to delay marriage,” Lev said, noting a comparative dearth of two- and three-bedroom apartments under development. “But 26- and 27-year-old renters will eventually be 32- and 33-year-old buyers.”

Frydland suggested development’s gradual march westward across Chicago may be part of the solution to displacement of long-time residents in such rapidly gentrifying enclaves as Logan Square. She spends considerable time in trendy Wicker Park with her two Millennial daughters, and foresees the day they will be priced out. “They will move west as prices rise, and that’s good, because we want the city to grow and every area to prosper,” she remarked.

She also weighed in on the expedited permitting process now available through the building department, noting developers pay a flat fee whether building a high-rise or a two-flat. “Our permitting time is down, and permits issued are up,” she said.

Lev joined others in expressing a desire to see new development in more Chicago neighborhoods, because construction costs are the same throughout the city. “But the dollars and cents just don’t work out for development in some areas,” he added.

Campise drew the evening’s loudest applause when he asserted that if Chicago officials are serious about spurring development throughout the city, they should grow equally serious about not forcing use of union trades in neighborhoods where that may be cost prohibitive.

A rare note of accord was sounded on the topic of how Chicago compares with other markets regarding ease of development. Golub has found San Francisco problematic, due to the fact that city’s agencies “don’t talk to each other,” he declared. “It’s much more difficult there. Chicago’s the easiest to work with.”

Baily concurred, observing that getting through approvals in Boston and San Francisco can be multi-year processes. ”We love doing business in Chicago,” he said.

Noting perhaps five of the 26 Chicago-area malls are still profitable, Lord observed retailers are “coming back downtown in droves,” in the wake of McDonald’s and other major employers’ relocations from suburban to downtown campuses. The impact of that migration back to areas in and near the Loop in coming years “is going to be mind boggling,” he added.

Asked about the city’s 50 “fiefdoms”–also known as wards–Bailey reminded attendees the recent effort to trim the size of city council has gone nowhere. “There’s going to be no cut in aldermen,” he said. “You still have to make the alderman happy, and to do that you have to make the community or neighborhood group happy. The alderman will not stick his neck out for a developer. But if you’re experienced, you can get through” the process.

Frydland countered by noting she works directly with many aldermen. “And they understand how important good, safe, beautiful housing is,” she said. “Aldermen all get that. And if there’s an issue, we’ll figure it out at the building department.”

Begging to differ, Lev recalled shepherding a proposed development in the gentrifying near southwest side Pilsen community, only to find the alderman’s hands were tied. A community group’s demand that 21 percent of units be earmarked affordable doomed the project.

A discussion of the greatest headwinds to development closed the discussion. On the issue of oversupply and a possibly softening rental market, Campise noted his company hasn’t had to offer concessions. “But maybe that’s coming,” he added.

Concluded Lev: “Until we see solid wage growth, people will not be able to step up to a better place to live. That’s our biggest challenge in this country.”