Why You Shouldn’t Market to ‘Active Adults’ 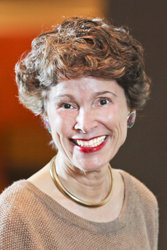 By Nadeen Green, After 55-—Senior Outlook.com

MHN recently published a great marketing article (“Target Demographic: Active Adults,” July 2013) on targeting the older demographic as multifamily renters. As part of the After 55 – Senior Outlook.com team, I have long been aware that older folks present the industry with great business opportunity. (And I am allowed to say “older folks” because, by golly, I am one, qualifying for either 55+ or 62+ housing.)

And, as an older person, I am well aware of all of the different terms used to define me: Baby Boomer, senior, older person, mature, old—even “most housing equity-capable.”  Some of these terms I like; some, not so much.

There is, however, one term you should not use to describe me if you are a housing provider. And just what might that term be? The title term of the article: “Active Adult.”

Now you do not have to take my word for this, but you may want to consider both the words of HUD as well as the words of several fair housing experts. When recently asked about the use of the term “active adult” in marketing apartments, here is what those experts had to say.

Doug Chasick, well known to many as the Apartment Doctor, points out that HOPA (“Housing for Older Persons Act”) says phrases such as ‘‘adult living,” ‘‘adult community,’’ or similar statements in any written advertisement or prospectus are “not consistent with the intent that the housing facility or community intends to operate as housing for persons 55 years of age or older.” Doug sums it up as follows: “Calling it Senior Housing works best for me!”

Terry Kitay, who is an attorney concentrating on fair housing defense, indicates that she has objected to the use of the term “active adult” since 1991. “Given all the things that people are (sometimes) overly sensitive or critical about, I don’t understand the tolerance for using this term,” she says. And while Terry and I sometimes disagree in the area of risk tolerance as to fair housing issues, on this topic she added a side note: “For once, Nadeen, I don’t think you’re being too conservative on this one.”

“We always tell clients with senior housing (and anyone else who will listen) that ‘active’ and ‘adult’ are verboten. HOPA makes it pretty clear. Our California DFEH could easily take on that sort of advertising. It’s always a risk management decision for management companies and owners… but why advertise ‘so sue me’?” These are the words of wisdom from D.J. Ryan, fair housing Specialist from Kimball, Tirey & St. John LLP, who also points to the following article excerpt from The Toledo Blade, which discusses a fair housing case settlement reached on the advertising of an “active adult community” which now markets itself as a “55 and older” community.

According to Gary T. Pakulski, Blade business writer, “One year after a fair housing group took on popular ‘active adult’ communities with a discrimination lawsuit against one of the most successful such projects in metro Toledo, a settlement was announced…with developers. Waterside, a mostly completed 600-unit villa and condominium development in Monclova Township, will now market itself as a ‘55 and older community,’ a type of development allowed under federal housing laws. Michael Marsh, a spokesman for the plaintiff, Toledo’s Fair Housing Center, expressed satisfaction with the resolution of the case, filed in U.S. District Court in Toledo in August, 2005. ‘They’re going to try to do the right thing by abiding with HUD [U.S. Department of Housing and Urban Development] policy,’ he said. ‘We believe that their intent all along was to be 55-plus. But they were using language that could be construed as discriminatory.’” The nonprofit center is studying court action against other so-called active adult communities locally, added Pakulski.

And, one last comment. Do not require me to be “independent” in order to live with you (that is a story or article for another day). So call me any number of names, but reconsider the use of “active adult.” Don’t wait until perhaps you are older to wise up.

Nadeen Green is the Fair Housing Lady and Senior Counsel with After 55/SeniorOutlook.com. This article is not intended to be legal advice.