‘What Renters Want’ with Jessica Fiur: How Tom Cruise Can Help Bring New Life to Your Apartment

I had pretty much written off Tom Cruise. Sure, in the ’80s he was amazing. I mean, whenever you are home alone, you are almost required by law to put on Ray Bans and play air guitar in your underwear to “Old Time Rock and Roll” (or do the Home Alone scream, but that doesn’t […]

I had pretty much written off Tom Cruise. Sure, in the ’80s he was amazing. I mean, whenever you are home alone, you are almost required by law to put on Ray Bans and play air guitar in your underwear to “Old Time Rock and Roll” (or do the Home Alone scream, but that doesn’t really help my example). And, I guess you can throw in Top Gun as another example of good vintage Tom Cruise, although I’m doing that kicking and screaming because I think I’m literally the only person on the planet who does not like that movie. (There was no reason for Goose to die because it was a training exercise! And, seriously, Kenny Loggins?) But anyway, yes, awesome in the ’80s, pretty good in the ’90s, cuckoo bananas in the ’00s. And now what? We’re pretty much all over him, right? 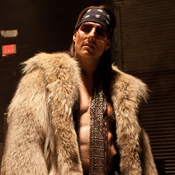 Then came his most recent film, Rock of Ages. Say what you want about the film (like that it was completely awesome), but Tom Cruise playing Axl Rose-lookalike rock god Stacee Jaxx was simply inspired. Who knew he had it in him!

Property managers should take note of this Tom Cruise case study. Maybe your building was beautiful and always fully leased when it was brand new. But now that it’s older, has it lost some of its appeal? Here are some simple things that could be done to attract a whole new audience.

If you got it, flaunt it—While the Stacee Jaxx character was awesome, Tom Cruise wasn’t the only star in Rock of Ages—it boasted a star-studded cast, including Alec Baldwin, Russell Brand and Catherine Zeta-Jones. And you might be extremely proud of one part of your community, like a pool or something, you might have other features that would appeal to different renters. Talk about your prime location. And your 24-hour security system. Or that you allow pets. (And you thought I was just going to talk about Tom Cruise in leather pants, didn’t you?)

Give it a new paint job (metaphorically. Actually, literally works, too)—Speaking of Tom Cruise in leather pants…that was certainly something. Nothing like a new style to get heads turning. Maybe it’s time you redid the outdated style in your apartments—change out old appliances for stainless steel, get rid of the shag carpeting, paint over the “grandma” wallpaper. You’ll attract a whole new audience in no time.

Be true to its essence—I read an article somewhere where the costume designer for Rock of Ages was originally going to make Tom Cruise’s look to be more like an ’80s hair metal band member, with big hair and androgynous looks, like members of Poison, or Def Leppard, or White Snake, etc.  (the ’80s were a good time for the hairspray industry). But the costume designer decided that Tom Cruise wouldn’t look good like that, and instead went for the long hair/bandana/furry vest look, because that worked better with his body type. Maybe you want your building to appeal to college students, but if you’re not located near transportation to get to the campus, or near any bars or restaurants, and your building’s not set up with WiFi, it’s going to be a tough sell. But if it’s near an elementary school, has a playroom, and is located along the path of ice cream trucks, it would definitely appeal to families with young children (though, actually I think ice cream trucks hold universal appeal).

Relax!—Tom Cruise was clearly having the time of his life playing a crazy character in a fun movie. Not everything has to be serious. It’s great that you provide your renters with multiple ways to pay rent and the super responds quickly to maintenance requests and all that. But sometimes it’s the little things that make people love a property. If it’s nothing but a good time, how could they resist? If you have electronic message boards in the lobby or elevator, acknowledge people’s birthdays. Host a party for your residents so they can get to know each other! Make Margarita Mondays a thing (or Tuesdays. I mean, alliteration is cool, but we’re not picky).

What are some other ideas to breathe new life into a stale apartment community? Has Tom Cruise’s Rock of Ages performance renewed your faith in him?