Waterton is Going to Hollywood

Waterton scoops up Vida Hollywood, a 345-unit apartment community near the iconic stretch of Hollywood Boulevard in central L.A. 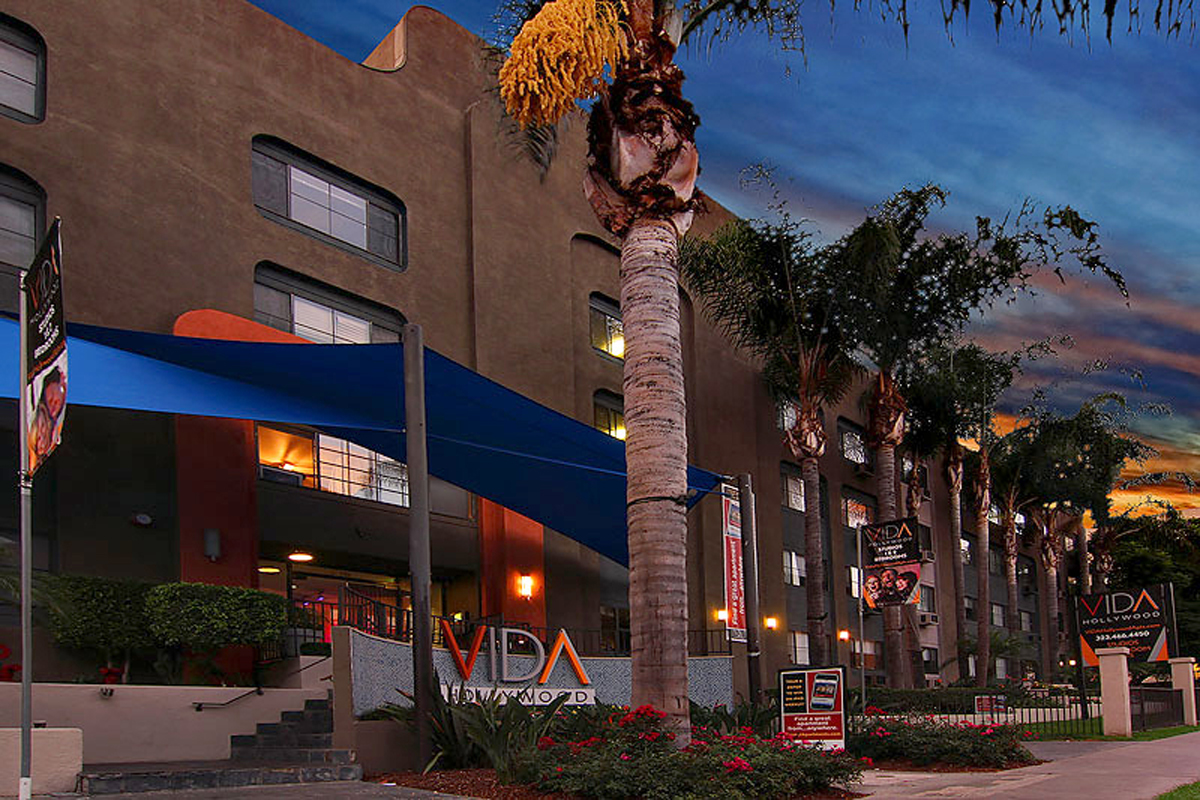 Chicago—U.S. real estate investor and operator Waterton moves in on Tinseltown with its acquisition of a 345-unit rental community, Vida Hollywood, located near a famous stretch of Hollywood Boulevard in central Los Angeles.

Vida Hollywood is in close proximity to some of the city’s most popular cultural attractions, including the Hollywood Walk of Fame, which is just a half-block south of the property. The two-building community located at Wilcox Avenue offers a mix of studio, one- and two-bedroom apartments with prices starting at $1,540 for a studio, $1,800 for a one-bedroom unit and about $2,600 for a two-bedroom unit. The property also offers easy access to downtown Los Angeles via the nearby Metro Red Line and Hollywood Freeway.

Mark Stern, senior vice president of acquisitions at Waterton, said that rental housing demand is increasing in Hollywood partly because of the surge in digital entertainment jobs from companies like Viacom and Netflix, which recently announced plans to relocate its Southern California operations to the neighborhood by 2017. “Strong employment, along with the relative affordability of renting, has contributed to historically high occupancies and continued rent growth across virtually every submarket in the Los Angeles metro, making communities like Vida Hollywood especially attractive,” Stern added.

As the property’s new owner, Waterton plans to implement a capital improvement program that will include individual unit and select common area updates.

“Although Vida Hollywood was built nearly 25 years ago, its location is timeless, presenting us with an opportunity to modernize the property and position it as a more affordable alternative to newly constructed communities nearby,” said Stern. “By acquiring and renovating an existing building, we’re able to immediately capitalize on current demand in the market.”

Amenities of the community include a pair of resort-style swimming pools with sundecks, a 24-hour fitness center, an onsite dog park, a soundproof recording studio and subterranean parking garages. Residents can also experience nearby attractions such as the Hollywood & Highland Center to the west, home of the TCL Chinese Theatre and Dolby Theater, and the historic intersection of Hollywood and Vine to the east. Vida Hollywood is also close to the nightlife along Santa Monica and Sunset boulevards as well as notable landmarks such as the Capitol Records Building, Hollywood Bowl, Griffith Park and the Hollywood Sign.