The 15-story community provides 210 units of affordable housing for seniors. 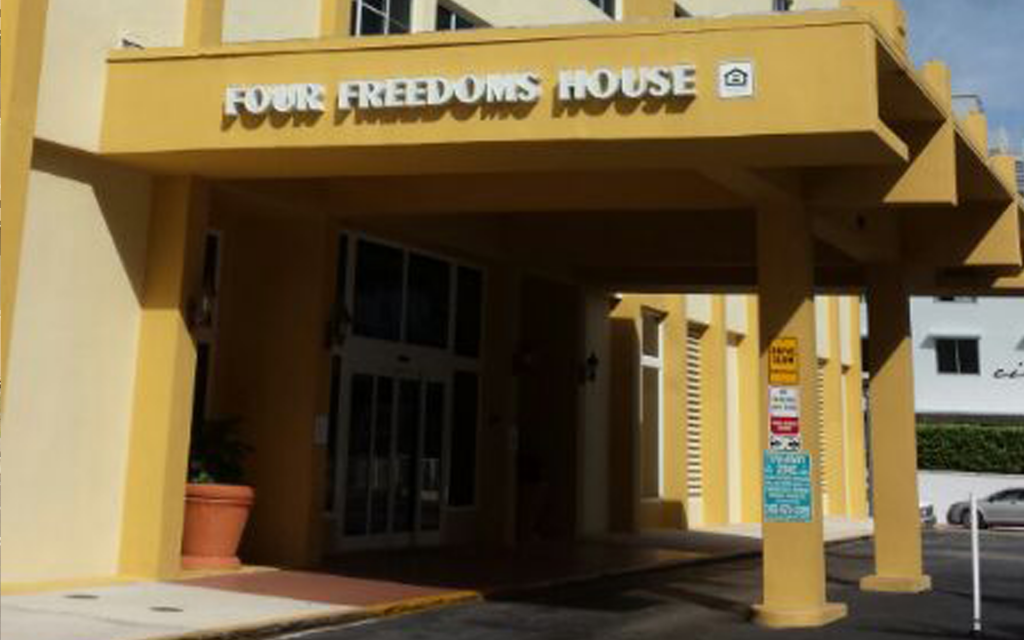 Collins Avenue runs along the ocean and is characterized by hotels and market-rate residential buildings. Four Freedoms House is the sole affordable high-rise in the area, and is Vitus Group’s first acquisition in Florida (it has offices in Seattle and New York City).

All of the Four Freedoms House units serve low-income residents and all residents are expected to remain. Eight-five percent of the units benefit from a Housing Assistance Payment contract with HUD, which limits the amount of rent that a resident pays to 30 percent of their income.

To benefit the residents in the remaining units, Vitus secured funds from the Miami Housing Authority to subsidize their rent. On average, residents at the property pay about $330 in monthly rent, as compared with an average market rent of approximately $1,065. Also, Vitus is in the process of installing a new cooling system at the property, which dates from 1965.

“We think it’s extremely important to preserve housing such as Four Freedoms House of Miami Beach and maintain long-term affordability for seniors in such a high-growth neighborhood,” said Stephen Whyte, managing director for Vitus Group. “Florida is a market that has multifaceted housing needs, characterized by rapidly increasing rents in core urban areas.”

At Four Freedoms House, a service coordinator is on staff to help residents remain self-reliant and age in place, and who works to identify, access and coordinate services to meet residents’ needs, such as support for the routine activities of daily living. The service coordinator is also tasked with forming community-based partnerships with other nonprofits and volunteer groups to bring new programs on site, such as workshops to promote health and wellness, and food pantry programs.