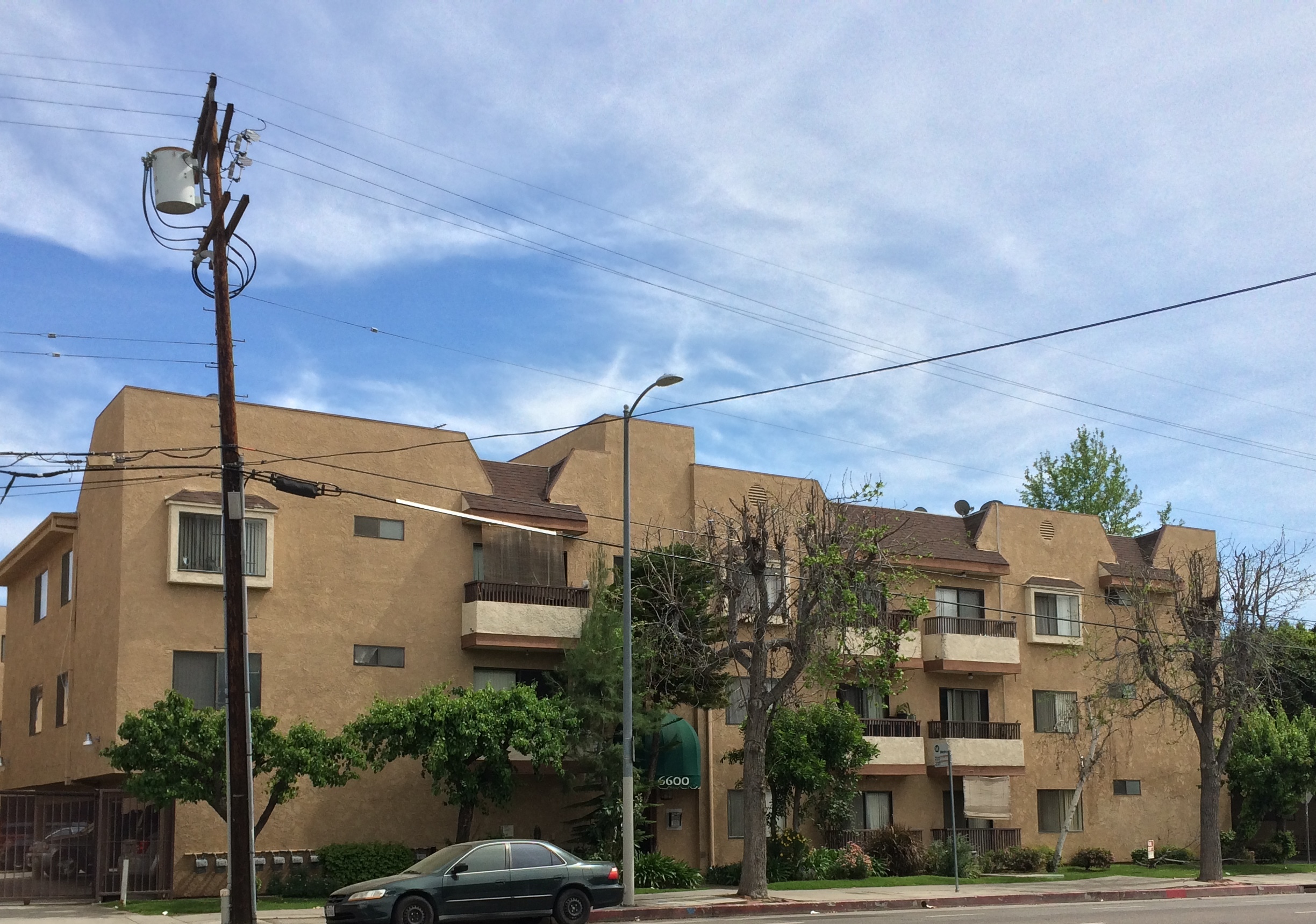 The property sits on one acre at Woodley Drive and Kittridge Street, and features a mix of 17 one- and 36 two-bedroom apartments. It will be rebranded as Chateau W6600, and Universe has plans for immediate property upgrades and enhancements totaling $750,000.

“The guy who sold it built it in 1986, and never renovated it,” Henry Manoucheri, CEO of Century City, Calif.-based Universe, told MHN. “It wasn’t professionally managed, and the rents were far below market.”

For 17 years, Universe also has also owned two other properties within a two-minute drive of this property, totaling 150 units.

“We felt it was a good way to consolidate our operations, and expand our portfolio, in a market we already know well,” Manoucheri said. He added that Universe expects a cash-on-cash return of 4.5 percent. That return may range up to 9 percent in subsequent years, following the planned renovation.

A total of about 10 bids were submitted on the property. “We went hard non-refundable with a big deposit, which was one of the strongest offers,” Manoucheri said. “The pluses of the property are it’s a decent size and the rents were low. The minuses are the building didn’t look very attractive, so we plan to renovate the façade.”

The other Van Nuys properties owned by Universe are the Chateau Lakeside at 16815 Vanowen St. and the Chateau Woodley-Hart at 7025 Woodley Ave., which is just blocks from Chateau W6600. This concentration is in keeping with the internal management strategies and investment model of Universe, which is to identify targeted submarkets with strong, long-term fundamentals.

“Our portfolio concentration in Van Nuys reflects the region’s strong multifamily fundamentals and provides benefits of scale for our management model,” Manoucheri said. “We target optimized investor returns through researched acquisitions, strategic repositioning when necessary and then attentive management. Van Nuys and the Valley submarkets offer a diverse mix of workforce housing, regional connectivity and local amenities that make us very comfortable with a long-term ownership position in this and similar Los Angeles submarkets.”

Among the primary challenges confronting Universe was financing. “Some of the banks were giving us low loan-to-value ratios, but we found one bank that liked the story, and gave us 70 percent loan to cost,” Manoucheri said.

When it comes to the kinds of acquisitions Universe finds most attractive, Manoucheri says it‘s quite simple. “We like infill markets [and] workforce housing, and we like to either buy on the coast or where there are lots of jobs.”