Blackstone REIT Gets $4B Infusion From UC Investments

Blackstone will contribute $1 billion of current BREIT holdings to the new strategic venture with the University of California. 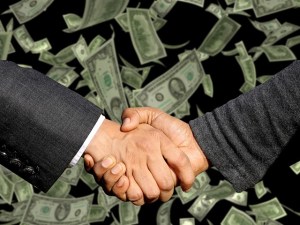 Image by Ralph via Pixabay

The University of California, a longtime investor in Blackstone funds through its UC Investments arm, is providing a $4 billion infusion of equity into Blackstone Real Estate Income Trust Inc., just weeks after BREIT has faced growing pressure from investors seeking redemptions. As part of the newly created strategic venture, Blackstone will contribute $1 billion of its current BREIT holdings.

During an interview yesterday with CNBC, Blackstone President & COO Jon Gray called the UC investment a “big win for the University of California, for Blackstone and for BREIT.”

Stephen Schwarzman, chairman, CEO & co-founder of Blackstone, said in prepared remarks UC Investments is building upon its 15-year partnership with Blackstone. He added that the $4 billion investment gives BREIT increased balance sheet flexibility and capital, during an opportune deployment period for all its investors.

READ ALSO: What Experts Expect for Student Housing in 2023

The Wall Street Journal reported that shares of Blackstone have fallen about 19 percent since BREIT announced on Dec. 1 that it was limiting withdrawals after the Chinese stock market fell and Asian investors—soon followed by others—began requesting redemptions, wiping out about $20 billion in market value.

Gray stated during the CNBC interview that Jagdeep Singh Bachher, UC’s CIO, saw media reports in December and reached out, asking if there was something they could do as a long-time investment partner. UC Investments has already invested $2 billion in Blackstone funds for more than a decade and has a deep working relationship across the entire firm. UC Investments currently manages a portfolio of investments totaling approximately $152 billion, including retirement, endowment and cash assets.

A separate strategic agreement provides for a waterfall structure with respect to the total return to be received by UC Investments on its investment in the Class 1 common shares. As part of the agreement, Blackstone is contributing $1 billion of its current BREIT holdings to support an 11.25 percent minimum annualized net return for UC Investments over the six-year hold period. Blackstone will be entitled to receive an incremental 5 percent cash promote payment from UC Investments on any returns received in excess of the specified minimum.

Acknowledging that UC had initiated the transaction, UC Investments Senior Managing Director & Co-Head of Real Estate Satish Swamy said in prepared remarks that UC Investments has tremendous confidence in how Gray and Blackstone curated a high quality real estate portfolio that is well positioned to deliver over the long term. Swamy, who will oversee the Blackstone relationship with Co-Head of Real Estate & COO Arthur Guimaraes, said they look forward to building upon mutual opportunities, especially in student housing, staff and faculty housing, as well as affordable housing in California.

BREIT, which has made numerous investments in multifamily housing and industrial assets, portfolios and companies in recent years, agreed last April to acquire American Campus Communities, the largest developer, owner and manager of high-quality student housing communities in the U.S., for nearly $13 billion. The blockbuster deal closed in August and Blackstone took the company private.

Earlier in 2022, BREIT and Landmark Properties acquired a four-property student housing portfolio as part of a $784 million joint venture. That deal came in the same month that BREIT announced it was buying Preferred Apartments Communities, a multifamily company with 44 properties and 12,000 units for $5.8 billion.