The student housing sector proved its resiliency in the face of a global health crisis, with transactions reaching record highs through 2022. As the population exodus to the southern markets continues, deals also seem to follow migration trends.

The fall 2022 school year took off with record pre-leasing rates at universities within the Yardi 200 set, while the annual rent growth also remained solid. Healthy demand for student housing continues to maintain strong fundamentals for the sector, including elevated transaction activity, despite rising interest rates.

Year-to-date through December, student housing sales at Yardi 200 universities added up to a total of $4.9 billion, according to Yardi Matrix data. In the same period, the average sale price per bed reached $76,800, up 10.8 percent from mid-2022. On a year-over-year basis, prices have also risen: in December 2021, the average price per bed reached $67,300, while the sector’s overall sales volume through the same interval was significantly lower, at $2.8 billion.

Here are the top five universities with the largest transaction volumes in 2022, based on Yardi Matrix data. 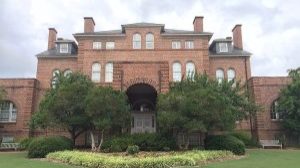 North Carolina State University is the largest university in the Carolinas, representing one of the cornerstones of the Research Triangle. At the beginning of the September 2022 school year, preleasing at its Raleigh campus stood at 97.8 percent.

Year-to-date through December, $214.2 million worth of student housing product changed hands adjacent to the North Carolina State University at Raleigh. The average sale price per bed at the R1 school was $107,250, surpassing by far the average price at Yardi 200 schools the past year, while the monthly rent averaged at $749.

In October, The Preiss Co. picked up a 928-bed student housing community in Raleigh, for $102.6 million, with the help of a $77.3 million acquisition loan. Capstone Communities was the seller of the 11-story building, which dates back to 2012.

4. University of North Carolina at Charlotte

The University of North Carolina at Charlotte experienced rapid enrollment growth of 33 percent during the past decade, making it the fastest-growing institutions in the University of North Carolina System. Student housing transactions in 2022 at the campus reached a combined $218.3 million, ranking fourth among the nation’s universities with the biggest deal volumes in the past year. The average sale price at the R2 institution averaged $70,618 per bed during 2022.

In June, a partnership of Cardinal Group Cos. and TPG Real Estate Partners closed the purchase of Arcadia Student Living, a 765-bed student housing community in Charlotte, for $75.5 million. HSBC Bank USA backed the deal with a $50.9 million acquisition loan. Spanning more than 23 acres and 39 buildings, the property came online in 2015. The seller, Inland Real Estate Group, paid $54.8 million for the asset back in 2015. 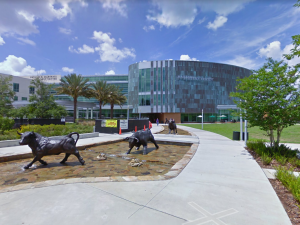 Founded in 1956, the University of South Florida is the fourth largest university in the state of Florida by enrollment. In 2022, its main campus in Tampa saw $276.8 million worth of student housing properties changing hands, at an average sale price of $75,570 per bed, Yardi Matrix shows. The R1 school had also an impressive development pipeline, with 2,107 bedrooms under construction in December 2022, placing it seventh on the list of Yardi 200 institutions with most beds in the making.

In April, Core Spaces acquired ULake, a 401-bed student housing property in Tampa, for $38.8 million. FPA Multifamily sold the community at a much higher price than the market’s average, obtaining $96,758 per bed. The 17-building, recently renovated asset dates back to 1980. 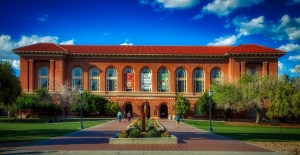 Image by David via Pixabay

Founded in 1885 as the first higher educational institution in the Arizona Territory, the University of Arizona in Tucson saw $301.4 million in transactions during 2022, making it the second school for student housing deals that year. The average sale price per bed reached $169,640—the highest across the five institutions listed in this article. At the end of 2022, the average monthly rent per bed reached $963 at the campus, marking a 2.1 percent increase year-over-year.

In November, New York City-based Vesper Holdings made one of the largest student housing deals in history, with the purchase of Luna Apartments in Tucson. The two-tower, 972-bed community traded for $203 million, marking the biggest transaction made without institutional capital for the sector, according to the buyer. 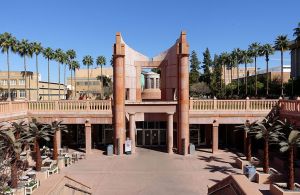 Photo by Daderot via Wikimedia Commons

ASU is one of the largest public universities by enrollment in the country and its campus in Tempe, Ariz. is roughly 8 miles east of downtown Phoenix. In 2022, the institution recorded the highest investment volume across Yardi 200, totaling $335.6 million in student housing transactions.

The average sale price per bed was the second highest among the universities on this list, reaching $143,660—nearly double the national average. Rents at the Pac-12, R1 institution averaged at $1,031 in the beginning of December, while preleasing at that point last was 33.1 percent higher than in December 2021.

In early 2022, Harrison Street entered in a partnership with  American Campus Communities for the ownership of an eight-property student housing portfolio in Tempe and Glendale, Ariz, serving the ASU. Harrison paid $551.3 million for a 45 percent stake of the 8,187-bed ensemble, with American Campus Communities maintaining its majority stake in the asset and continuing to manage the properties.