Top 5 Markets for Self Storage Transactions in 2021

Find out which markets recorded the highest transaction volume last year, according to Yardi Matrix data.

Despite slowing rent growth, the self storage sector continued to experience strong movement in 2021, with demand both from customers and investors. Nationally, nearly 95 million square feet of storage space traded throughout 2021, for a combined $9.9 billion, according to Yardi Matrix. This marks a 137-percent uptick compared to 2020 when the total transaction volume was $4.1 billion.

The table below highlights the top five self storage markets with the highest overall sales volume in 2021, based on Yardi Matrix data. The metros on the list account for around 49 percent of total investment across the nation.

KKR completed one of the largest sales in the metro. The company acquired a 226,061-square-foot facility from Oglivie Properties for a total of $25 million. KKR entered the self storage market in 2021, after purchasing three assets in Austin, Texas, and Nashville, Tenn., for $36 million. In December, the firm launched the Alpha Storage Properties investment platform to build a portfolio in high performing markets. 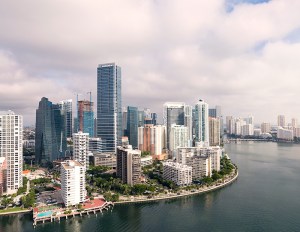 More than 1.8 million square feet of storage space was sold in 2021 in Miami, for around $298.2 million. Investment increased by almost 87 percent in the second half of the year, compared to the first six months when transaction volume amounted to $105.5 million. In 2021, 20 properties traded for an average of $166.3 per square foot, up 34.6 percent from the $123.5 registered in the previous year.

Although investment was significantly higher than the $73.5 million recorded throughout 2020, sales volume has not yet reached pre-pandemic levels seen in 2019, when investors closed more than $403 million in self storage deals.

Transaction volume in Washington, D.C. amounted to nearly $313.8 million in 2021. This is significantly higher than the $73.5 million recorded in 2020. Investors traded more than 1.8 million square feet of storage space, more than double the 772,300 square feet of space sold in 2020. The average price per square foot also increased 14.6 percent, compared to the average recorded in 2020, reaching $182.2. 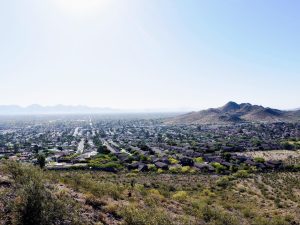 Phoenix has become a hot spot for multifamily investments, driving up the appetite for self storage as well. Investors completed $429.5 million in storage deals throughout 2021, roughly three times the $138.4 million registered in 2020, or the $140.6 million traded in 2019. A total of 32 properties, encompassing around 2.7 million square feet of storage space, changed hands at an average price per unit of $159.4, higher than the $109.5 average in 2020.

In December, Inland Real Estate Group acquired a 111,874-square-foot facility for $26.6 million or $237.5 per square foot. The sale was part of an 11-property acquisition across Arizona, Florida, Illinois, Oklahoma and Washington.

New York tops our list with more than $3.5 billion in self storage deals completed in 2021. The record number comes as no surprise after StorageMart’s $3 billion acquisition of Manhattan Mini Storage and its 18 storage facilities across the borough. The transaction expanded StorageMart’s New York footprint by nearly 2.3 million rentable square feet. The firm’s portfolio now includes more than 20 million square feet of storage space across 200,000 locations in the U.S., U.K and Canada.