Developers and investors are capitalizing on an attractive pro-business environment.

It’s an exciting time to be an investor or developer in Greater Phoenix. The metro’s multifamily market is enjoying some of the most robust activity in its history, mainly fueled by its diverse economy and favorable demographic trends.

According to Yardi Matrix data, multifamily sales totaled more than $8.5 billion in 2021 through September, placing Phoenix among the top spots for investment among major U.S. metros. 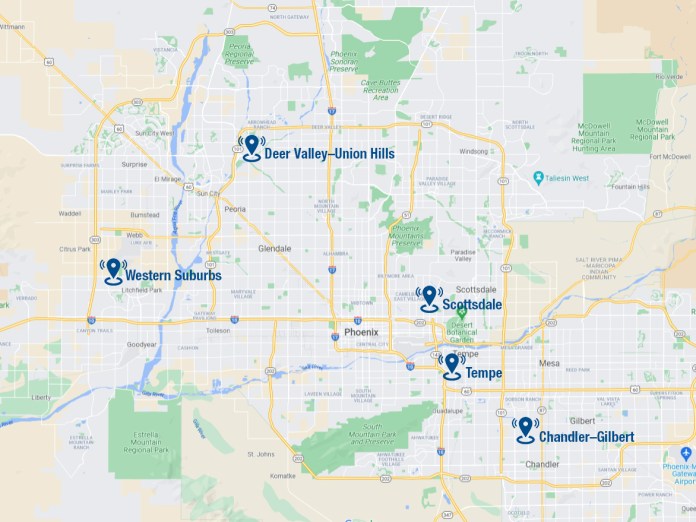 Several submarkets and cities in the Greater Phoenix area have been bustling with activity, as large commercial investments generate demand for housing. The $20 billion Intel expansion in Chandler, the $12 billion Taiwan Semiconductor Manufacturing Co. facility taking shape in Deer Valley, and the abundance of industrial facilities in West and Southeast Valley cities, as well as office relocations to Tempe, Scottsdale and Downtown Phoenix, have all resulted in significant boosts for Phoenix’s multifamily market.

“The State of Arizona’s pro-business environment and decision to remain open for business during the pandemic has allowed current businesses to expand and grow, and has driven new businesses to locate and relocate in the metro area to benefit from fewer regulations and taxes,” Paul Tuchin, principal with High Street Residential, Trammell Crow Co.’s residential subsidiary, told Multi-Housing News.

To find out what areas of the metro are the most sought-after and why, we analyzed Yardi Matrix data and talked to multiple local real estate experts about the dynamics of the rental market. The conclusion? Phoenix is booming and there’s no end in sight to its growth. 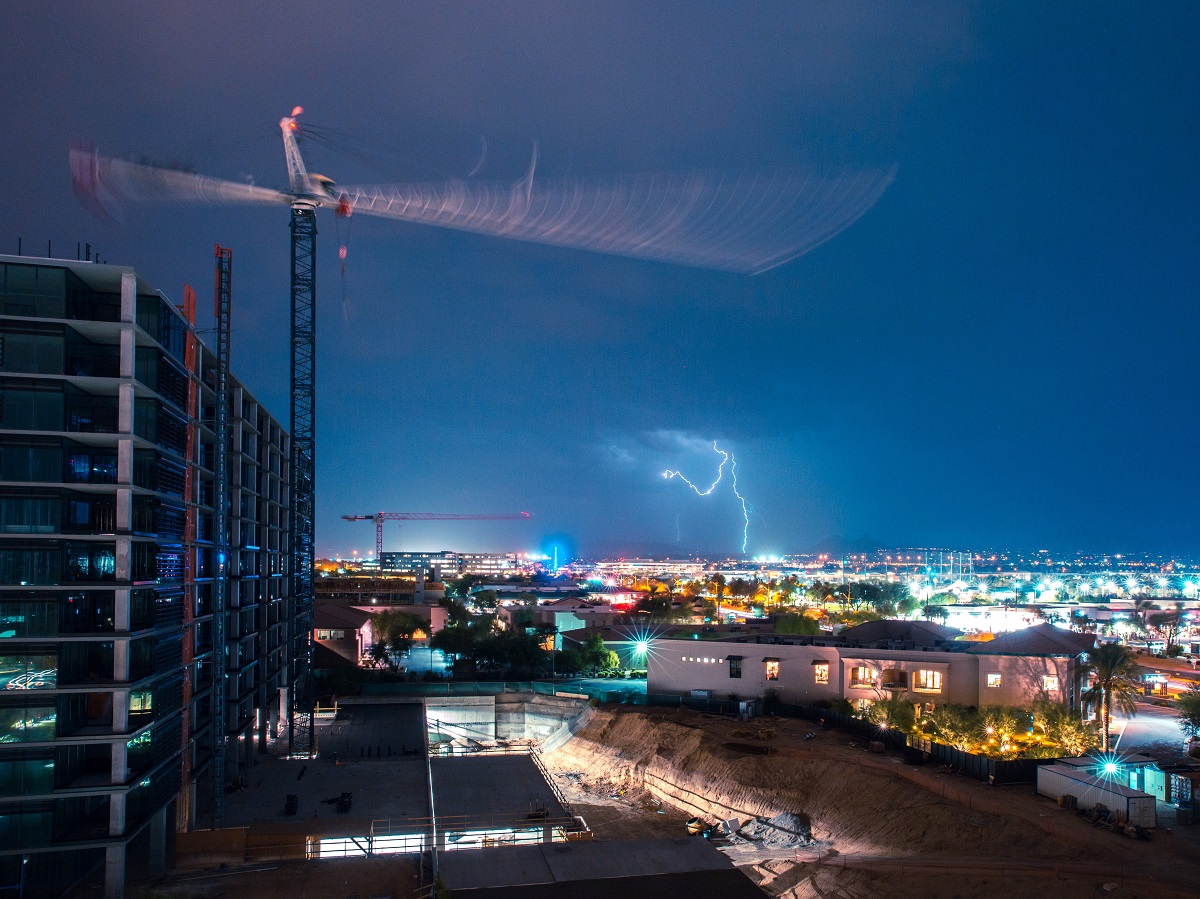 North and South Scottsdale are two of the busiest areas of Phoenix, with developers working on 2,848 units combined as of September, according to Yardi Matrix. A whopping 7,100 others were in the planning and permitting stages, including High Street Residential’s Raintree, a 192-unit project currently in the pre-development phase.

One potential reason why Scottsdale’s appeal has only increased lately is its average unit size. Those who have been working remotely have begun to appreciate more spacious floorplans and Scottsdale ranked third in the U.S. for apartment size growth in the past 5 years, RentCafe research found. Current projects in Scottsdale point to an average apartment size of 1,139 square feet, some 200 square feet larger than 5 years ago.

This could explain why Scottsdale was the top city by net moves, with 68 percent more people moving in versus out between January and June 2020, according to a study from HireAHelper, the online marketplace for finding, comparing and booking moving transportation and services.

Home to the main campus of Arizona State University—one of the country’s largest public research universities—Tempe is another preferred development and investment location. The city’s educated workforce has stimulated several large companies to establish or relocate their corporate offices here. 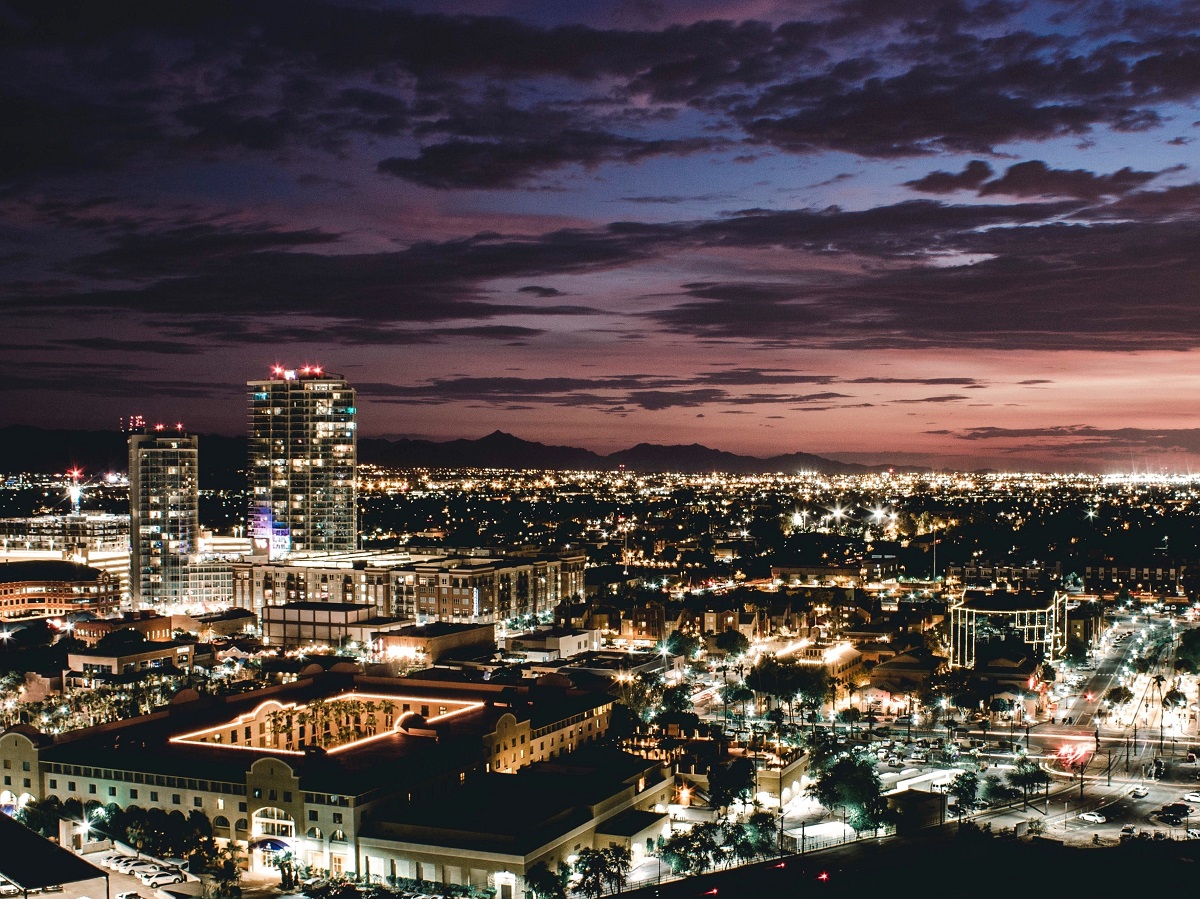 At the beginning of the year, Align Technology announced it has moved its global corporate headquarters to Tempe from San Jose, Calif. Moov Technologies, the online marketplace that sells used semiconductor manufacturing parts and equipment, is another company that chose Tempe over Silicon Valley.

And with all these jobs coming to Tempe, the Valley and the Greater Phoenix area in general, the multifamily industry is having a hard time keeping up with demand, which is pushing rents to record levels.

“We are building over 10,000 apartment units per year and still not keeping up with demand. Rents will continue to rise. Realistically, I expect an 8 to 10 percent increase in rents, which is above the national average,” said ABI Multifamily President & CEO John Kobierowski.

The northern part of the metro is another hot area. And since TSMC’s announcement to spend $12 billion here between 2021 to 2029 on a chipmaking plant, housing demand has only increased. TSMC has already begun work at its 1,128-acre manufacturing plant near Interstate 17 and Loop 303, putting the entire metro under the spotlight.

“Phoenix is among the top metropolitan areas for population and income growth, fueled by huge investments and a steady stream of large companies moving here. As a result, demand for housing is outpacing supply, and that translates to significant rent increases,” Kobierowski told MHN.

Yardi Matrix shows that developers delivered 1,202 units combined across Deer Valley and Union Hills in 2020, with 656 others coming online this year through September. But despite significant supply additions, high demand for multifamily product in this easily accessible area continues to put upward pressure on rents.

In March 2021, Intel announced a $20 billion investment in two chip factories in Chandler. Since that news, the area’s real estate market has gone through the roof. Multifamily construction starts have more than doubled, with developers breaking ground on 3,060 units across Chandler and Gilbert between January and September. Over the same period of 2020, developers broke ground on only 1,464 apartments, Yardi Matrix shows.

Development is mainly fueled by in-migration. People across the country are looking at Phoenix as a viable alternative to high-cost coastal markets. The ongoing inflow of new residents, combined with the supply-demand imbalance, is pushing real estate companies to invest heavily in well-located, Class B multifamily product, as well. For example, Tides Equities closed on 17 transactions in Phoenix in 2021 through September, representing almost $1 billion in volume.

“There has been a staggering number of people moving to Phoenix year-over-year. The affordability story there is still quite strong as you have access to strong, high pay jobs without having to sacrifice the quality of life,” said Sean Kia, co-founder & principal with Tides Equities. 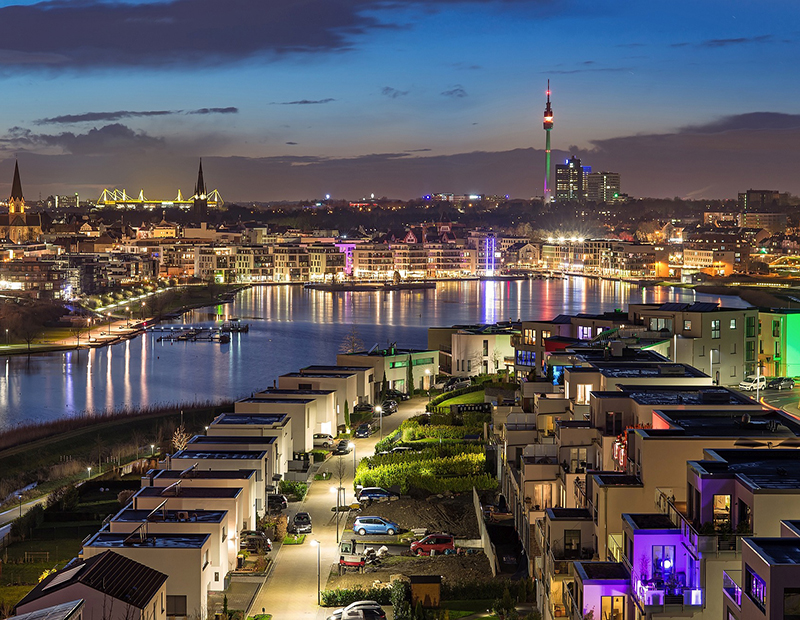 West Valley cities such as Glendale, Avondale, Goodyear and Peoria are also seeing a large influx of new multifamily and single-family rental development, Tuchin noticed. In these western areas, land has been more available than in other areas of the metro, there’s a relatively less challenging entitlement process, and developers have been able to offer more affordable rental options that attract the workforce.

In the four cities mentioned above, developers broke ground on 2,395 units year-to-date through September, almost seven times more than over the same period last year. Yardi Matrix shows that multifamily completions have jumped in these cities: from 549 units in 2020 to 1,587 units in 2021.

“Developers will be pushed further and further outside core metropolitan areas and probably align themselves with freeway loop construction because they need land,” Kobierowski said.