New product in these metros surpassed 38,000 units in the first half of 2022, according to Yardi Matrix data.

Multifamily demand still runs hot despite major economic headwinds and experts predict that the sector will continue to outperform throughout 2022. According to Yardi Matrix data, 153,314 units came online nationwide between January and June 2022, representing 1.0 percent of total stock. The volume of units delivered accounts for a 21.3 percent decrease from the 194,885 units that were delivered last year during the same period.

In the ranking below, we showcase the top five markets for deliveries in the first half of 2022 by the number of units, based on Yardi Matrix data. Combined, a little over 38,000 units came online in these metros, accounting for a quarter of the national volume.

Dallas. Image by halbergman via iStockphoto

Multifamily deliveries in Dallas totaled 9,829 units in the first half of 2022, or 1.2 percent of total stock. This represents a 27.7 percent decrease from the same period last year, when 13,587 units came online. Meanwhile, another 49,670 units were underway in the metro as of June. According to Yardi Matrix data, Dallas has the second-largest under-construction pipeline in Texas, right after Austin.

In recent years, Texas has been benefitting from strong in-migration, company expansions and relocations, which translates into steady economic growth. As a result, demand for housing skyrocketed. ZOM Living‘s 13-building, 378-unit Mezzo Dallas project in Aubrey, Texas, was one of the largest multifamily deliveries in the metro.

Second on our list, Houston added 8,038 units added to its stock between January and June 2022, accounting for 1.2 percent of total inventory. Mirroring a national trend, completions in the first half of the year were down by 28.2 percent when compared to the same time in 2021, when 11,196 units were added to the market. Another 25,666 units were under construction as of June.

Deliveries were concentrated in downtown Houston, where more than 1,200 units were completed, Yardi Matrix data shows. Greystar was the most prolific developer, finishing work on two projects encompassing 651 units: the 317-unit The Westcott and Art House Sawyer Yards, a 334-unit adaptive reuse of a former industrial facility. 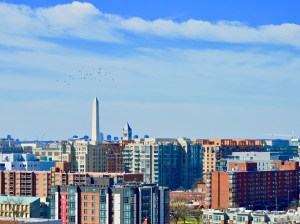 Washington, D.C.’s multifamily inventory grew by 6,975 units in the first six months of 2022, representing 1.2 percent of total stock. Multifamily deliveries surpassed the amount completed in the first half of 2021, when 6,341 units were added to the market, increasing by 10.0 percent. Some 34,661 units were underway in the metro as of June.

Construction activity remained robust in the Mid-Atlantic market despite labor and construction supply challenges, largely due to the available capital coupled with strong rent growth and absorption. The largest project to come online was Tishman Speyer’s Crossing DC, an 818-unit, two-building asset completed at the beginning of the year.

Miami made the list with a total of 6,852 units delivered in the first half of 2022, or 2.0 percent of total stock, leading the way in terms of multifamily deliveries by percentage of stock. Despite this, the volume of completions recorded a 14.7 decrease from the same time in 2021, when 8,036 units were added to the market’s total stock. As of June, Miami’s active pipeline included another 39,698 units.

Job growth, business relocations and strong in-migration stand at the forefront of the market’s rapid growth. Yardi Matrix shows that the bulk of deliveries—and the largest project—came online in the Allapattah submarket, where two assets totaling 648 units were completed by Related Group and Lantower Residential, respectively. 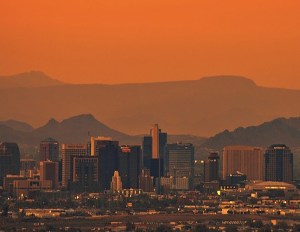 Phoenix. Image by elliskj via Pixabay

Multifamily deliveries the first half of 2022 encapsulated 6,398 units, accounting for 1.9 percent of total stock. Bolstered by strong in-migration from more expensive metros, the amount of units delivered this year recorded a staggering 33.8 percent increase when compared to the first half of 2021, when completions totaled 4,780 units. What’s more, another 36,284 units were under construction in June.

One of the largest completions is X Phoenix, a 330-unit project in downtown Phoenix developed by The X Co. The asset represents the first phase of a multi-phase project which will also include a 26-story tower that will be adjacent to the first building.