By Razvan Cimpean
May 28, 2020
DevelopmentFeaturedListiclesNationalNews

A breakdown of the country's top-performing multifamily metros for units underway as a percentage of existing stock.

As demand for multifamily units continued to rise in recent years, so has development activity, with almost 1 million units completed over the past three years, according to Yardi Matrix data. This year was expected to be another solid outing for rental deliveries, but the number of units to reach completion in 2020 depends greatly on outside factors, including the duration of the shutdown, whether construction has been deemed essential, as well as cost and labor constraints.

Nationwide, developers were working on some 580,510 units, comprising 2.3 percent of existing stock. The five largest multifamily markets accounted for almost 30 percent of the units underway, so looking at markets where development activity accounts for the highest percentage of stock yields a different list of markets. Construction activity in the metros on this list represents as much as 8.3 percent of existing inventory. 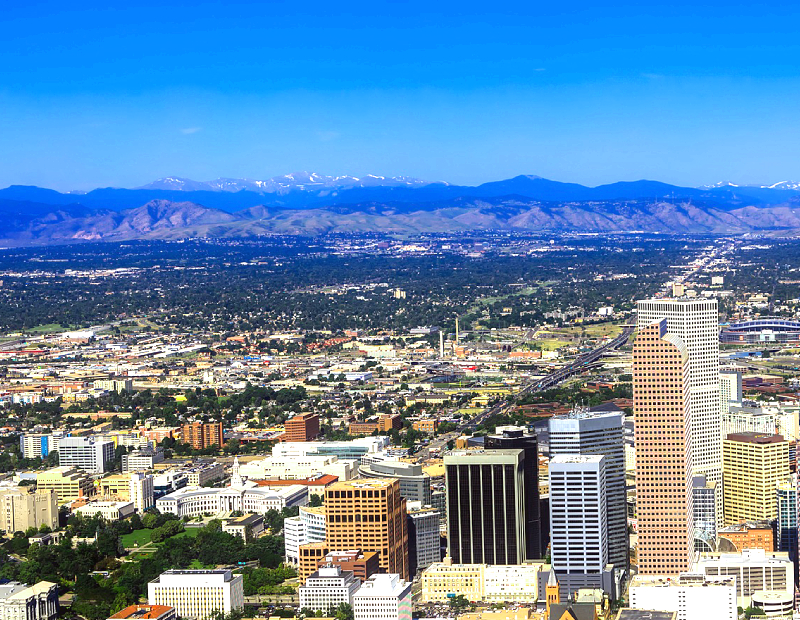 Colorado’s construction sector was classified as essential under the statewide coronavirus order, which meant that projects underway were allowed to go forward. Denver’s multifamily development activity was booming, with almost 30,000 units delivered over the past two years. And while completions were projected to reach a new high of more than 18,000 apartments this year, it is yet uncertain how many of them will be postponed as a result of the COVID-19 outbreak. Developers completed some 4,000 units year-to-date through April. Overall, more than 22,000 units were underway, 4.9 percent of the metro’s existing stock.

AMLI Residential is working on expanding its Denver footprint with two communities totaling 742 units. In the metro’s CBD/Five Points/North Capitol Hill submarket, the developer is building a 390-unit project, dubbed AMLI RiNo, expected to come online by the end of next year. And in the Arapahoe-Southwest submarket, the Atlanta-based company is developing the 352-unit AMLI Littleton Village, which is designed to meet LEED Gold standards and is expected to include 9,000 square feet of retail space. Meanwhile, the largest multifamily project underway is Lennar Multifamily Communities’ 10th & Acoma, a 393-unit community developed with the help of a $90.7 million construction loan from JPMorgan Chase.

The metro’s multifamily market has been in expansion mode for the better part of the last five years, which has greatly influenced the construction employment market. This year was expected to surpass the completion levels of previous years, with more than 6,000 units slated to come online. While South Florida has decided not to halt construction activity in the midst of the coronavirus pandemic, it is still uncertain how many of the multifamily projects underway in the metro will be completed by year’s end. At the end of April, developers were working on 6,700 units, representing 5.1 percent of the metro’s existing inventory.

In Fort Myers-Central submarket, Norstar is working on the 360-unit The Vistas at Eastwood. Expected to come online this year, the upcoming 16-building community will be the submarket’s second-largest completion over the past decade. Developed using a $27.5 million loan from Hancock Whitney Bank, the project is likely to include one- to three-bedroom units ranging from 718 to 1,282 square feet. Meanwhile, in the Outlying Sarasota County submarket, Spring Bay Property Co. was constructing the 329-unit Ridgelake. The company secured a $55.4 million construction loan to develop the 15-building project. 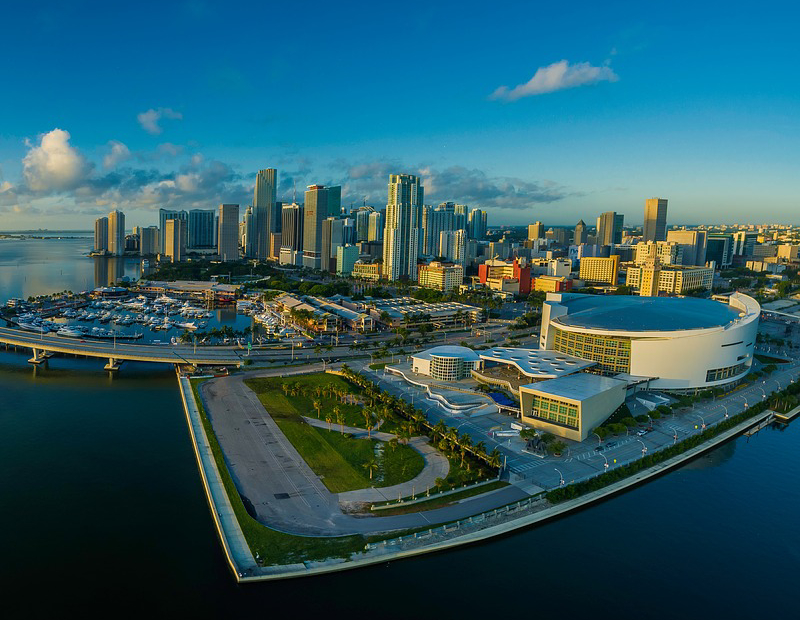 With a significant amount of the metro’s growth tightly linked to the leisure and hospitality industry, Miami is expected to be, at least in the short term, substantially affected by the coronavirus crisis. The sector accounted for 11.5 percent of the job market before the pandemic, with the bulk of jobs lost as a result of travel restrictions and measures meant to prevent the spread of the virus. However, recovery may be shortened by Miami’s efforts in recent years to diversify its economy, which also contributed to population growth. This increased multifamily demand, with development activity picking up pace over the past two years. In total, almost 18,500 units were underway at the end of April, equal to 5.5 percent of the metro’s multifamily inventory.

In downtown Miami, Melo Group is working on the largest multifamily development underway in the metro, the 1,042-unit Downtown 5th. At build-out, the 55-story property will be the submarket’s largest community to date. Additionally, the company is also developing Miami Plaza, a 425-apartment project in the Edgewater submarket, with the help of a $67.7 million construction loan from Truist Bank. And in the Fontainebleau-University Park submarket, Atlantic Housing Foundation and Global City Development are working on an 886-unit student housing project dubbed The One at University City.

Benefiting from increased activity in shipping traffic at the Port of Charleston, the metro’s population and multifamily markets have expanded rapidly in recent years. Charleston’s population rose more than 20 percent during the past decade, which created strong demand for new multifamily inventory. Completions reached a cycle high of more than 4,500 units in 2018, up 52 percent from the previous year. While Charleston issued stay-at-home orders to prevent the spread of the coronavirus, it also classified construction as an essential business. There were 5,300 units under development in the metro at the end of April, accounting for 6.2 percent of existing stock.

Phillips Management Group’s 480-unit Crescent Pointe is underway in North Charleston. The company arranged a $24.2 million construction loan for the upcoming community, which will be the largest multifamily property in the submarket. Some 4 miles away, Hathaway Development is expanding its North Charleston footprint with the construction of the 312-apartment Exchange at Windsor Hill. The project is underway thanks to a $24.8 million construction loan from Ameris Bank. 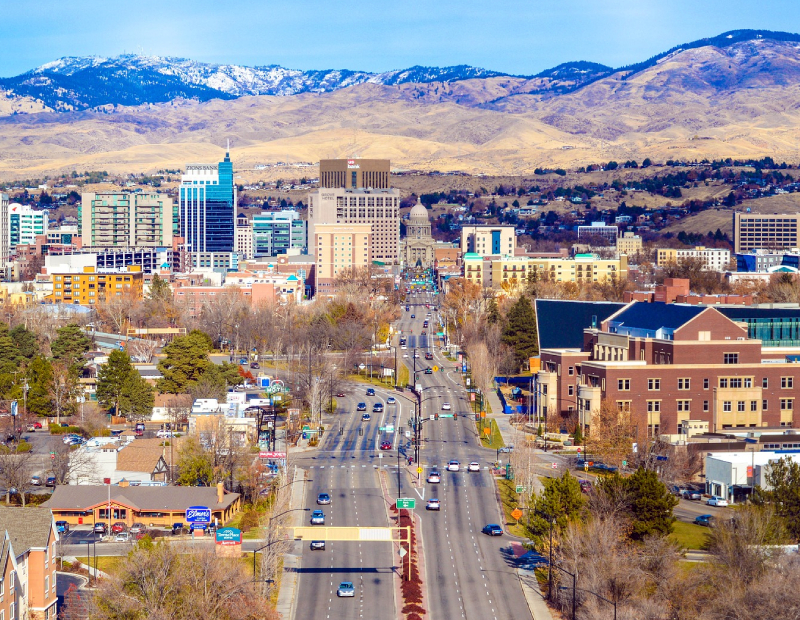 Last year, Boise was among the country’s top 5 markets for multifamily rent growth, thanks to healthy demographic and employment gains brought upon by a lower cost of living and doing business. The metro’s population has increased by 21.5 percent since the 2010 Census, according to July 2019 figures. As a result, multifamily demand spiked, with 1,604 apartments completed last year, the highest level over the past decade. Developers were working on almost 3,100 units at the end of April, representing 8.3 percent of inventory. And with housing construction included among the essential activities allowed to continue during the statewide lockdown, development activity shouldn’t be heavily impacted by the pandemic.

The Burrell Group secured a $31.5 million loan from Century Bank to develop a 480-unit student housing community in the metro’s Meridian submarket. The 20-building property, which is located within an Opportunity Zone, is expected to come online as early as next year. Upon completion, it will be both the company’s first property in the market and the submarket’s largest community. Less than 5 miles away, The Wolff Co. is working on the 336-unit Indigo, for which it has secured a $26.5 million construction loan from TCF National Bank.

Yardi Matrix covers all multifamily properties of 50+ units in size across 133 markets in the United States. This ranking reflects properties that are under construction within that sample group.