Find out which universities have the largest under-construction pipeline in the country, based on Yardi Matrix data.

The student housing sector has proved its resiliency in recent years. Following the initial and short-lived backlash brought on by the global health crisis, investors quickly put wind back in the market’s sails. Experts are predicting that the sector’s performance will continue to improve in the coming years. The fall of 2022 closed with a record percentage of preleased bedrooms, while rent growth remains robust.

The development boom has started to cool off, but performance remains strong. In the third quarter of 2022, the new-supply pipeline at Yardi 200 universities—institutions with 90 percent of dedicated off-campus housing—has decreased by a few thousand bedrooms compared to the previous quarter. Deliveries are also slowing down, with 18,000 new bedrooms completed in the past year through September, down 30,000 bedrooms since the previous quarter.

Year-to-date through October, 59,500 bedrooms were in the making across Yardi 200, while 29,314 bedrooms were in planning stages. Here are the nation’s top Yardi 200 universities with the largest under-construction pipelines, based on Yardi Matrix data.

The University of Florida is a public land-grant research university operating in Gainesville for more than a decade. As of October, the institution had 1,971 bedrooms and 623 units under construction, representing 3.7 percent of enrollment—which expanded by 1.8 percent since the fall of 2021. Rents at the R1 university have increased by 9.2 percent year-over-year through October, while the annual preleasing rate grew by 12.3 percent.

In May, a partnership between PeakMade Real Estate and Blue Vista Capital Management secured financing for Theory Gainesville, an upcoming 861-bed, 298-unit Class A student housing community in Gainesville. The 5.4-acre site is located half a mile from the University of Florida campus. 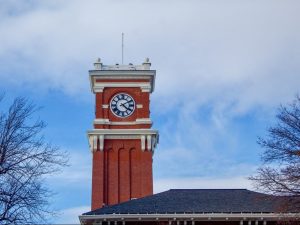 As the second-largest institution for higher education in the state and one of the oldest land-grant universities in the West, Washington State University has been operating at its Pullman, Wash., campus since 1890. As of October, the institution’s development pipeline encompassed 2,107 beds, representing 4.2 percent of enrollment. The R1 school’s capture opportunity reached 65.1 percent that month.

A joint venture between The Annex Group and Eastmark Capital Group is constructing a 399-bed Class A student housing community in Pullman, Wash. The $47.8 million project will feature seven buildings with 204 one- to four-bedroom apartments. Completion is scheduled for the fall of 2024.

The public research University of South Florida is the fourth-largest university in the state by number of enrollments. Besides the main campus in Tampa, the school also has campuses in St. Petersburg and Sarasota. In October, 2,107 beds were were under construction to serve the Tampa campus, representing 4.2 percent of enrollment. The university also had a 57.5 percent capture opportunity.

Back in February, Landmark Properties unveiled plans to develop a 760-bed student housing community in Tampa. Since then, construction of the 276-unit project has commenced, with completion planned by August 2024. 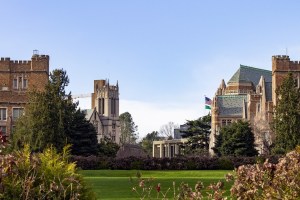 University of Washington. Image via pixabay

As of October, the University of Washington’s Seattle Campus had 2,820 bedrooms under construction, making up 5.9 percent of enrollment. In September, the Pac-12, R1 institution registered the largest year-over-year growth in percentage preleased, hitting 18.9 percent. The school’s monthly rent reached $1,532 in October, while its 76.6 percent capture opportunity that month was the second highest among the universities listed here.

Champion Real Estate Co. is one of the developers betting on the University of Washington, as the company is developing a 110-unit, 516-bed student housing community in the area. The upcoming 21-story tower was designed to achieve LEED Gold certification.

By the end of October, the University of Maryland’s development pipeline included 2,922 beds under construction, representing 7.2 percent of enrollment. In September, the largest university in the state of Maryland had a capture opportunity of 53.3 percent, while its year-over year growth of preleased beds hit 12.0 percent. That same month, rents at the Big 10, R1 university averaged at $1,165. 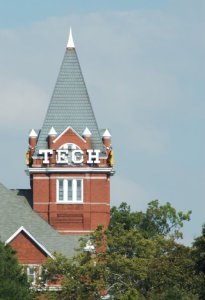 Known as one of the best engineering schools in the nation, Georgia Tech’s Atlanta campus had 1,090 units and 3,163 beds in the making as of October, representing 8.0 percent of enrollment. The university’s capture opportunity stood at 58.0 percent. In September, the ACC, R1 school’s year-over-year growth in preleased beds reached 18.5 percent, while the monthly rent averaged at $1,159.

Founded in 1965, Florida International University in Miami is the third-largest university in the state and the fifth largest in the U.S. by enrollment. As of October, the school had 3,553 beds under construction in its vicinity, making up 6 percent of enrollment. In September, the institution’s preleasing rate was 25.6 percent higher than at the same point last year, while the average monthly rent decreased by 6.4 percent on a year-over-year basis.

In early 2022, Adam America Real Estate and JW Capital Management, along with their equity partner, ARBS Real Estate USA Holdings, landed $147 million in construction financing for a student housing project in Sweetwater, Fla. To yield 932 units and 1,201 beds, the 22-story development is slated for completion in 2024. 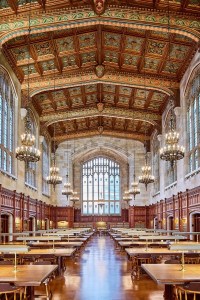 University of Michigan. Image via pixabay

The oldest higher-education institute in the state and one of the earliest research universities in the country, the University of Michigan was founded in 1817. In 2019, the school ranked second across top American research institutions, according to the Lombardi Program on Measuring University Performance.

As of October, the University of Michigan campus had 3,714 beds under construction, representing 7.8 percent of enrollment. The school’s capture opportunity was 61.6 percent. In September, monthly rents at the student housing communities serving the Big Ten, R1 institution averaged $1,159—a 5.6 percent increase year-over-year. That same month, preleasing was up by 14.1 percent, compared to the same period last year.

Founded in 1920, Indiana University – Bloomington is the largest university in the state, encompassing 16 colleges and more than 200 undergraduate majors. As of October, the campus saw 3,979 bedrooms under construction, comprising 9.2 percent of enrollment. In September, rents at the Big Ten school averaged $815, registering an 8.2 percent increase since the same period in 2021.

In the first quarter of the year, Aspen Heights Partners revealed plans for a new, 671-bed student housing development in Bloomington. Under construction since this summer, the four-building property is scheduled for delivery in the fall of 2024.

1. The University of Texas at Austin 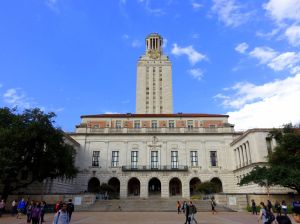 The University of Texas at Austin. Image via Wikimedia Commons

Reflecting the population exodus to southern states in recent years, Austin has been growing its population, along with its student community. The University of Texas had a record enrollment of 52,384 students for the fall 2022 semester.

Developers have been keeping up with growing demand for student housing, as UT-Austin had the largest under-construction pipeline across all Yardi 200 universities at the end of October. The Big 12, R1 institution saw 4,726 bedrooms—or 1,675 units—under construction that month, representing 9.4 percent of enrollment. The school’s capture opportunity reached 50.0 percent. In September, preleasing was up by 17.4 percent, compared to the same period last year.