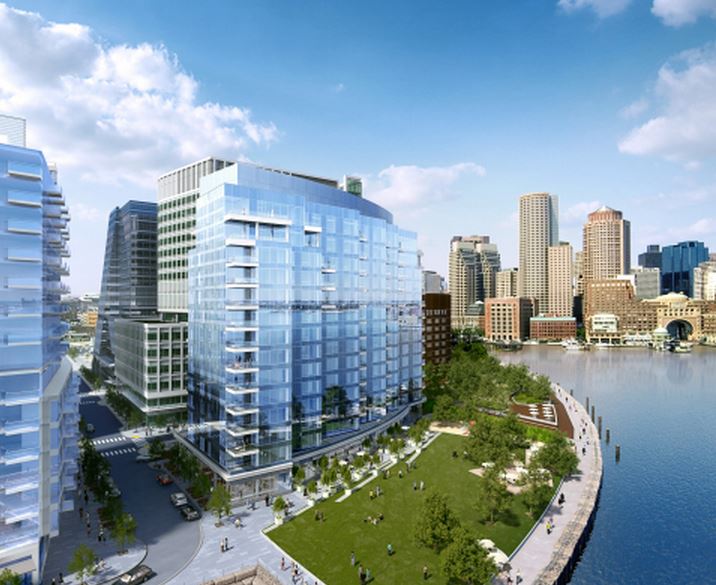 Boston—HFF announced that it has arranged construction financing for Twenty Two Liberty, a 14-story, luxury residential tower at Fan Pier, with views of Boston Harbor and the city skyline from Boston’s Innovation District.

HFF worked on behalf of the borrower, a venture between The Fallon Company and Massachusetts Mutual Life Insurance Company (MassMutual), as advised by Cornerstone Real Estate Advisers, to secure the construction loan through Wells Fargo Bank.

The Twenty Two Liberty residences will be situated on the most seaward parcel of the Fan Pier mixed-use development, offering 270-degree vistas of Boston’s cityscape on one side and the Boston Harbor on the other. Due for completion in late 2015, the property will also include 15,025 square feet of ground-floor retail and a 282-space, below-grade parking structure. Designed by CBT Architects, Twenty Two Liberty will feature condominiums with several configurations, from studio pieds-a-terre to three-plus bedroom homes. Residents of Twenty Two Liberty will have access to 24-hour concierge support, private shuttle service around the city, and will be within steps of Fan Pier’s dining and retail establishments. 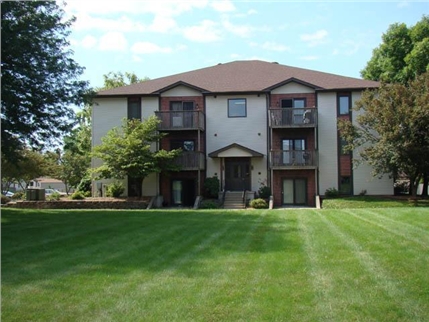 Springfield, Ill.—Marcus & Millichap Real Estate Investment Services has arranged the sale of two apartment communities in Springfield, Ill. They are the 288-unit Orchard Park Apartments and 120-unit Orchard Park South Apartments. Together, the two assets sold for $19 million, or roughly $46,500 per unit. Occupancy at the time of the sale was 94 percent with no concessions. The properties were picked up by a private investor representing his family investment trust, and sold by the developer. Both assets were built in 1986.

Miami, Hialeah & Hollywood, Fla.—Franklin Street Services has brokered the sale of 102 multifamily units for $8.3 million. The units are located in three different communities in Miami, Hialeah and Hollywood, Fla. The team of Deme Mekras, Elliot Shainberg and David Reinke handled the transaction. All of the buyers were foreign investors.

In Hialeah, Franklin Street represented the seller of the Jaclyn Apartments, a two-building, 72-unit complex located at 1315 and 1345 West 29th Street. The purchase price was $6.1 million or $84,027 per unit. The seller is Jaclyn LRP. The buyer was a Panamanian investor whose identity was not disclosed.

In Miami, Franklin Street’s South Florida Multifamily team arranged the bulk sale of 20 condominium units in a 68-unit building called Garden View located at 11000 SW 200th Street.  Franklin Street represented the seller, Unique Yidios LLC, and buyer, Fly Away 2012 LLC. The sales price was $1.1 million or $52,500 per unit. The buyer was from Buenos Aires,  Argentina and purchased the properties all cash.

In Broward County, Franklin Street represented the seller of a 10-unit apartment building located at 343 Van Buren Street on Hollywood Beach. The sales price was $1.2 million or $115,000 per unit. The seller was 720 Property LLC and the buyer is Van Buren Holdings Inc., also backed by a foreign investor who purchased the property all cash.

“Multifamily investment continues to be hot in South Florida,” said Mekras. “We’re still seeing a lot of cash buyers from overseas who see a lot of opportunity here and regard U.S. real estate as a safe haven for capital. Many of them are coming from highly unstable economies and,  as a result, often see greater value in our property than local investors.”