PRG Real Estate Management sells a 292-unit asset for $20 million; Berkadia arranges an $8.8 million bridge loan for a condo acquisition in San Jose; and ARA represents REIT in the sale of a fully stabilized asset in Florida.

The Villages at Lake Boone Trail

Raleigh, N.C.—ARA has brokered the sale of the Villages at Lake Boone Trail, a 292-unit asset in Raleigh, N.C., on behalf of PRG Real Estate Management. TriBridge Residential acquired the 1972-built property for $20 million, or $68,493 per unit. PRG had owned the asset since 2009, and initiated an interior and exterior upgrade program that was 75 percent complete at the time of sale.

“The beauty of this transaction is that TriBridge acquired a well-positioned, value-add community with very strong cash flows in addition to the 34+ acre site,” says Sean Wood of ARA. “Because the asset is performing so well, they’re in the enviable position of being able to hold the land until market conditions are right for development.”

The site itself was recently up zoned, so TriBridge has the option to develop additional units on the site or convert it to a combination of multifamily and commercial use. The Villages at Lake Boone Trail was 95 percent leased at the time of sale.

“This failed, 100 percent vacant condo project turned into a great buying opportunity. The borrower contacted us late in November 2012 about acquiring the property and we were able to quote, underwrite and approve the loan in just 22 days from the initial contact,” says Mitch Thurston, senior vice president at Berkadia. “The loan represents 75 percent of costs and will allow SRGNC to complete interior improvements and lease the property to stabilized occupancy.” 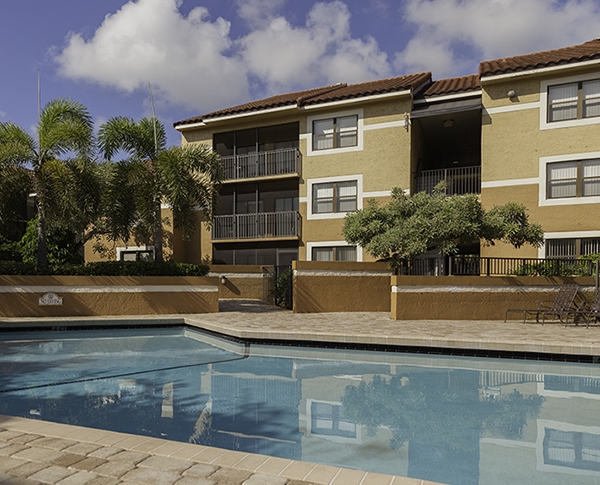 ARA South Florida-based Senior Vice President Hampton Beebe along with Principals Avery Klann and Marc deBaptiste represented a Boston-based REIT in the transaction. Fort Lauderdale, Fla.-based Delavaco Properties, a division of The Delavaco Group with offices in Fort Lauderdale and Toronto, Canada, purchased the property. This is the third acquisition Delavaco has made with an ARA-represented asset.

“Park Colony was built in 1987 and has been institutionally owned for over the past 15 years, which has helped the property maintain stabilized long-term occupancy and premium rental rates,” notes lead broker Hampton Beebe.

The property is located within the major employment market of Hollywood, with 2.7 million square feet of office space including Memorial Healthcare System headquarters, the nation’s fifth largest healthcare network with 10,000 employees. Memorial Regional Hospital South is located just a few blocks from Park Colony and contains 324 beds with 500 employees, while the main Memorial Hospital (only one mile north) has over 4,500 employees.

Park Colony was 95 percent occupied at the time of sale.