Naples, Fla.—A partnership between The Praedium Group and Greystar Real Estate Partners has completed the disposition of Aventine at Naples, 350-unit apartment community located in Naples, Fla. The sales price was $44.3 million. The partnership acquired the property back in 2010 for $22 million and implemented a capital improvement program that increased occupancy from 55 percent to 96 percent. Continental Realty was the buyer.

“When we initially acquired this Class A, award-winning asset in 2010 out of foreclosure, the occupancy rate was suffering,” says David Dowell, director at The Praedium Group. “We recognized the potential in this asset and its location. We implemented a renovation plan to turnaround this property, completing $4.3 million of capital improvements, which included a full re-skin.”

The garden-style community is situated adjacent to Collier Boulevard, a major north/south thoroughfare in the area and the main access point to Marco Island resort. In 2003 the development was recognized as a winner of the NAHB Pillar of the Industry Award for Best Garden Apartment Community.

“When we acquired Aventine in 2010, the Southwest Florida market was considered one of the worst performing apartment markets in the country and had fallen out of favor with investors” says Mark Hafner, senior managing director of investments at Greystar Real Estate Partners. “However our data showed that the Naples market was poised to rebound. While the acquisition was viewed as a contrarian investment at the time, we believed that we had acquired the asset at an extremely attractive basis and were confident that by investing in the property, we could restore it to its former market leading position and benefit from a recovery.” 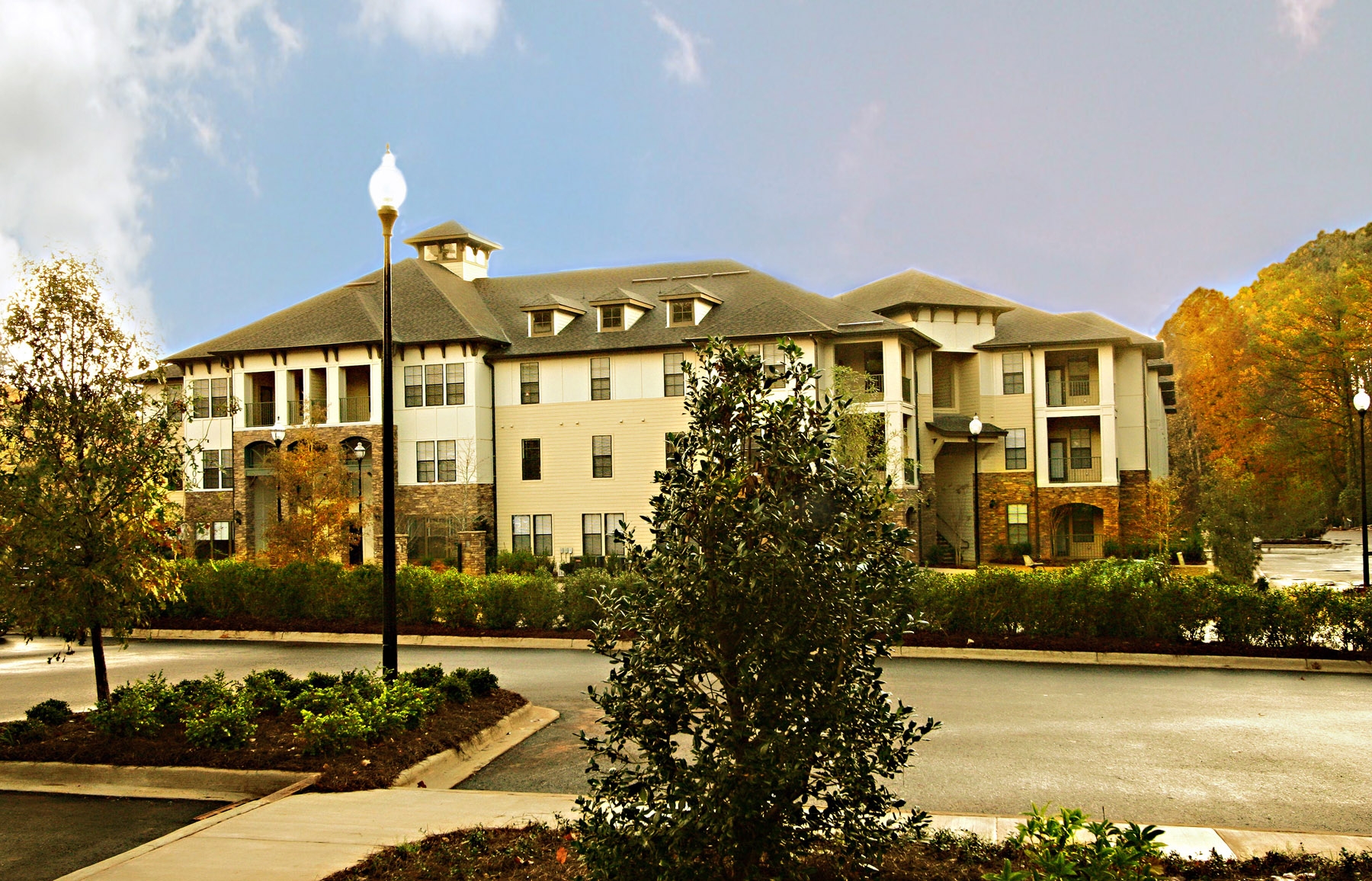 Irvine, Calif.—Steadfast Income REIT Inc. announced that it recently acquired two apartment communities in separate transactions for an aggregate purchase price of $56.4 million. Tapestry Park in Birmingham, Ala. marks the REIT’s first acquisition in the state, and Dawntree is the fifth property Steadfast has purchased in the Dallas/Fort Worth Metroplex.

“We have purchased over $950 million in apartment communities targeting the central corridor of the United States,” says Ella Shaw Neyland, president of Steadfast Income REIT. “When the REIT launched three years ago, our investment strategy was unique; however, we increasingly believe our approach has proven to be based on sound reasoning. People are moving to the central part of the country to find jobs and a good quality of life at a reasonable cost.”

Tapestry Park is a newly constructed 223-unit apartment community located five miles east of downtown Birmingham. The first residents moved in last September and today the property is 94 percent occupied. Tapestry was purchased for $32.4 million and offers one-, two- and three-bedroom apartment homes with average rents of $1,200.

Birmingham’s population has grown more than 30 percent since 2000, and has transformed into a medical research, banking and service-based economy with a vibrant downtown and world-class culinary scene. Birmingham also touts more green space per capita than any other city in the nation. The city’s unemployment rate is below the national average and houses headquarters for several power companies such as Alabama Power Company, ENERGEN Corporation and SONAT. The largest employer in the area is the University of Alabama at Birmingham with almost 19,000 jobs.

Steadfast also added to its Texas holdings with the purchase of Dawntree. Dawntree is a 400-unit property located in the Dallas/Fort Worth suburb of Carrollton. Dawntree consists of a mix of one- and two-bedroom apartments with average in-place rents of $743. Steadfast purchased the 97 percent occupied property for $24 million. Approximately 20 percent of the apartment homes have been renovated to include upgraded appliances and large-slat wood blinds on all windows. Steadfast plans to continue the interior upgrades when turning the units between residents. Many of the apartment homes feature kitchen pantries, washer/dryer connections, fireplaces, upgraded appliances, vaulted ceilings and spacious closets. The pet-friendly community offers several amenities including swimming pools, a tennis court, barbeque and picnic areas, a clubhouse and a fitness center.

Dawntree is the fifth property Steadfast has purchased in the Dallas/Fort Worth Metroplex (DFW). DFW is considered one of the nation’s most dynamic markets, and is consistently a top market for job and population growth. In May 2012, Forbes ranked DFW near the top of its “Best Big Cities for Jobs” list, and the area continues to outperform the national economy on job growth and employment.

With these latest acquisitions, the REIT has acquired a total of 45 apartment communities in Alabama, Illinois, Indiana, Iowa, Kansas, Kentucky, Missouri, Oklahoma, Ohio, Tennessee and Texas for approximately $966 million.

Florida & North Carolina—Landmark Apartment Trust of America Inc. has expanded its portfolio with the acquisition of three apartment communities valued at $42.2 million. The properties were bought from Elco Landmark Residential Holdings, MB Equity Holdings and Legacy Partners. Collectively, the asset total 703 units that are 94 percent occupied. In exchange for the communities, the sellers received a combination of cash and operating partnership units valued at approximaltey $14.9 million.

“We have worked incredibly hard over the past year to expand our portfolio in core Southern U.S. markets that boast favorable long-term economic and demographic fundamentals and this transaction is prime example of our unique ability to leverage strategic relationships to help accomplish our growth objectives,” says Stanley Olander, CEO of LATA. “We look forward to unlocking inherent value in each asset by implementing our proven repositioning program.”

The properties added to LATA’s portfolio include: