IPA brokers a 400-unit sale in California; NorthMarq Capital arranges $52.3 million for an apartment acquisition in Austin; and Franklin Street closes on a $8.5 million, 10-year, loan, at 3.96 percent interest for the first two years. 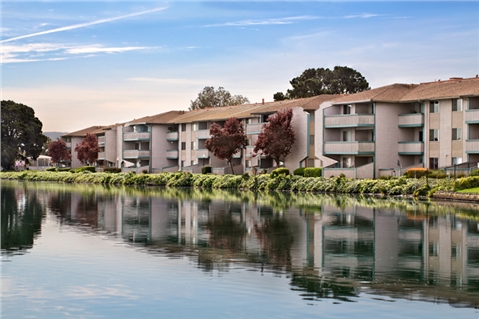 Foster City, Calif.—The largest apartment transaction by dollar volume in the Bay Area for 2013 has closed with the sale of Harbor Cove Apartment Homes. A fund sponsored by Acacia Capital Corp. picked up the 400-unit waterfront community in Foster City, Calif., from Essex Property Trust. IPA represented Essex in the $138 million sale.

“Despite significant volatility in the capital markets over the past few months, we continue to see very strong and qualified activity on well-located assets positioned to capitalize on the Bay Area’s vibrant economy,” says Stanford Jones, executive vice president of investments at IPA. “The primary acquisition premise for Harbor Cove is based on an extensive renovation strategy, which is driven by wide spreads to Class A rents in the immediate market. Furthermore, Harbor Cove’s micro-location is arguably the best in Foster City, boasting dramatic waterfront views, award-winning schools and immediate access to both retail and employers.”

The property, which is the only 100-plus unit asset to sell in Foster City since 2004, was built in 1971 and sits on 15 acres. Community amenities include an outdoor swimming pool with sundeck, barbecue and picnic area with gazebo, sand volleyball court, two tennis courts, extra storage, carports, open space parking, and a renovated clubhouse with a lounge, kitchen area and state-of-the-art fitness center.

Austin—NorthMarq Capital has arranged acquisition financing of $52.3 million for Monterone at Round Rock Apartments, a 538-unit luxury Class A property located at 7711 O’Connor Drive in Austin. The financing was arranged by NorthMarq for the borrower through its relationship with a correspondent life company lender. Terms included a sub 4 percent rate fixed for 10 years with two years interest only followed by a 30-year amortization schedule.

“This project was distinctive in that almost all of the units were built as townhomes with direct access garages and very unique in that it had a full service spa with indoor pool on the property,” says Stephen Whitehead, senior vice president of NorthMarq’s Dallas regional office. “It has a residential and resort feeling in a great location in Round Rock. The investor was pleased to be able to purchase the property at less than replacement cost which is a rarity in Austin these days.”

Tampa, Fla.—Franklin Street Capital Advisors announces the successful negotiation and closing of a 10 year $8.45 million loan on behalf of the New York-based owners of a 216-unit Tampa apartment community. Funded by Fannie Mae, this non-recourse loan included two years of interest at a fixed rate of only 3.96 percent.

Franklin Street Capital Advisors’ Drew Jennewein, Andrew Wright and Danny York managed the competitive bid process as well as the loan structuring negotiations with the lender on behalf of the borrower.

“The borrower was able to take advantage of historically low interest rates and take out almost all of their equity after successfully repositioning and stabilizing the property,” Jennewein said.

Jennewein, who began with Franklin Street Capital Advisors in June, works with clients to obtain debt and equity financing for real estate investments.

“Drew has been instrumental in expanding our capabilities as a trusted capital advisors business,” Wright said. “We’re excited to have him on board and looking forward to building on an already strong full-service platform.”