A 17-unit asset sets a per unit price record in an L.A. neighborhood; Meridian Capital arranges $21.7 million in financing for Pantzer’s acquisition of a Philadelphia property; and the Collier Companies buys a Tampa apartment with plans for a student housing redevelopment.

Los Angeles—The Faircrest Heights neighborhood in Los Angeles has a new per unit record thanks to a sale brokered by Charles Dunn Co. The full-service regional real estate firm recently facilitated the $7.9 million sale of a 17-unit property located at 1520-1522 South Hayworth Ave. The end result was a $462,000 per unit price, which was the highest per unit price ever paid in the neighborhood for an asset with eight or more units.

The property was sold by Los Angeles-based SHU Properties, an LLC owned by Oak Coast Properties. The buyer was a local private investor. Charles Dunn’s Albert Shilton and Blake Rogers represented the seller.

“After we sold the building to Oak Coast Properties in 2012, our client completely renovated the common areas and interiors of 15 units,” says Shilton. “Once renovated, the owner increased average in-place rents by 49 percent and stabilized the property, making it an attractive investment for the buyer.”

Built in 1990 and fully renovated in 2013, the non-rent controlled building sits on .31 acres. On-site amenities include a new fitness room, landscaped courtyard and a gated garage with 35 parking spaces.

“Faircrest Heights has consistently been ranked as one of the top up-and-coming neighborhoods in Los Angeles, and this statement could not be more evident than by this sale,” adds Rogers. “Not only was the rent growth incredible, but the building sold for a price per square foot that was 58 percent more than what it last sold for just 18 months ago.” 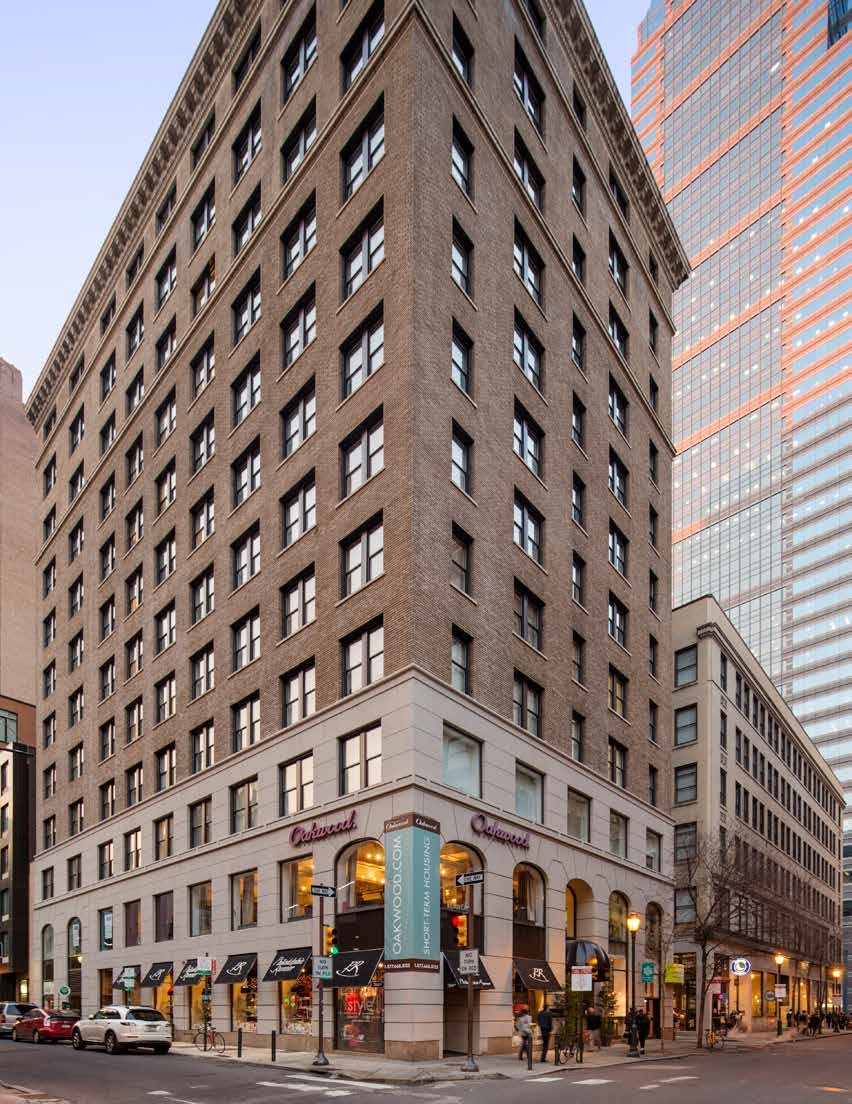 The five-year loan, provided by a local balance sheet lender, features a competitive fixed-rate of 3.13 percent and interest-only payments for the first two years followed by a 30-year amortization schedule. This transaction was negotiated by Meridian Capital Group Senior Managing Director Drew Anderman, Senior Vice President Alan Blank and Associate David Bollag, who are all based in the company’s New York City headquarters.

The 13-story multifamily property, located at 1601 Sansom Street, totals 80 units and 11,192 square feet of retail space. The 80 units were previously leased and operated by Oakwood Corporate Housing as a short-term furnished corporate rental facility. The purchase trigged an early termination of the Oakwood lease and the borrower is repositioning the property as a class-A multifamily rental building. Notable retail tenants include Philadelphia Runner and Honeygrow.

“The sponsor will benefit from a low fixed-rate with the flexibility required to allow them to execute their business plan,” says Anderman.

Tampa, Fla.—The Collier Cos. is the new owner of Sunset Square Apartments, a 100-unit community located in Tampa. The Gainesville, Fla.-based firm picked up the asset from Sunset Square Blackhawk Realty Advisors for $6.4 million in a sale brokered by Franklin Street.

The property is located across the street from University of South Florida on Bruce B. Downs Blvd. Collier Cos. plans of demolishing the existing apartments and developing a state-of-the-art student housing community.

“After we secured this listing, we knew it would be a perfect location for student housing, so we started reaching out to top developers in that space to see who would be interested,” says Franklin Street’s Robert Goldfinger.  “Collier, who is one of the top student housing companies in the country, is clearly the best candidate and was selected as the buyer.”

This wasn’t your run of the mill disposition as the site needed to be rezoned for a higher density. There was also a need to work out a timeline for current residents to relocate.

The Collier Cos. plans on replacing the existing asset with 180 apartment units with 600 bedrooms. The project will likely offer one, two-, three- and four-bedroom units. Each student will get his or her own bedroom and bathroom and then share common areas with other students.