Los Angeles—Capri Capital Partners and Kennedy Wilson have acquired Esprit, a mixed-use asset with 437 units and a 227-slip marina in Marina del Rey. Capri Capital was acting on behalf of an institutional investor. The $225 million transaction represents one of the largest multifamily mixed-use deals in Los Angeles in the past several years.

“Esprit is considered the finest multifamily mixed-use property in Marina del Rey, and an off-market transaction to acquire a property of that size and quality is very rare,” says Kurt Zech, president of Kennedy Wilson Multifamily Management Group. “The property was stabilized at 94 percent occupancy in late 2012 after a lengthy three year lease-up period and still has plenty of upside for rental growth in a steadily improving economy.”

Units consist mainly of split-level townhouse layouts with walk-in closets and stainless steel appliances. A pedestrian promenade runs along the waterfront in front of the community, and the boat slips are 35 to 75 feet in length. The partners have plans to immediately implement a series of upgrades valued at approximately $5.3 million that will include reconfiguring the leasing center, improving resident facilities, upgrading unit interiors and enhancing the landscaping.

Built in 1971, the property is comprised of 18 two-story buildings and two one-story buildings. There are 34 one-bedroom units and 76 two-bedroom units. Amenities include a heated pool, fitness center, clubhouse, leasing officer and two laundry facilities. According to CBRE, large multifamily transactions have been rare in San Diego so far in 2013.

“There have been only five multifamily properties over 100 units sold in 2013 compared to 14 through the first two quarters of 2012,” says Comer. “Multifamily owners in San Diego are holding onto their large assets due to low vacancies, solid rent growth and rising home values that are making it difficult for renters to purchase homes.” 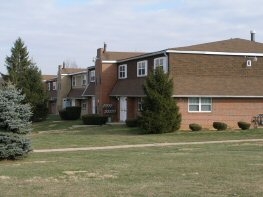 The 10-year HUD loan features a fixed-rate of 3.40 percent and was provided by Northfield Bank. Meridian Capital Group Abe Schonfeld based in the company’s Iselin, N.J., office, negotiated this transaction.

Lakeview Terrace is a two-story, garden-style community that is composed of 288 units in total.

“Even though the lender typically focuses on New Jersey, we were able to leverage our long-standing relationships and in-depth market knowledge and persuade them to write this loan in Pennsylvania,”  Schonfeld says. “The professional management and ownership made this a desirable loan,” he adds.