Atlanta & Dallas—Berkshire Income Realty Inc. has entered into agreements to purchase an apartment community in Atlanta and another in Dallas. The Atlanta property, Eon at Lindbergh, features 352 units. The Dallas property, Pavillion Townplace, is comprised of 236 units. The combined purchase price is $120 million.

Both agreements provide for the assumption of the outstanding mortgage loans on the properties. Berkshire Income Realty currently owns interests in 20 apartment communities and one multifamily development.

Richmond, Texas—Hudson Capital Investments is the new owner of The Palms at Cinco Ranch, a 200-unit community located in Richmond, Texas. The firm acquired the asset in a Marcus & Millichap brokered sale from an out-of state private investor.

Eastwood worked with Jerry Goldstein, first vice president investments, and Juan Cuevas, associate, both of Marcus & Millichap’s Houston office, in representing the seller. The Palms at Cinco Ranch is located near State Highway 99 within the Katy, Texas, independent school district. Built in 2010, the asset has an amenity package that includes a clubhouse, business center with conference room, a 24-hour fitness center, swimming pool with a sundeck and hot tub, a barbecue grilling area, and 34 detached garages. 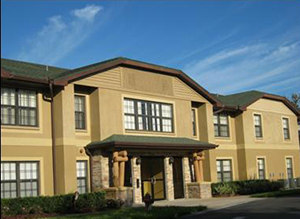 Ashton Oaks is a 2005-built property that was originally developed as an age-restricted seniors community with elevators in each building. The apartment conversion occurred in 2007. The fixed-rate loan has a 10-year term, 9.5 years of defeasance, and a one-year interest-only period, followed by 30-years amortization payable on an actual/360 basis.