Has CRE reached an inflection point? 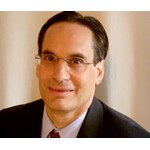 In 2007, the catastrophic downturn that hit the commercial real estate market came almost like a bolt from out of the blue after several years of euphoric activity. Few saw the bear market coming, and those who expressed concern in advance certainly didn’t predict the depth of the downturn.

The real estate market has since seen several years of steady—some might say heady—growth, highlighted by an influx of capital and record property prices. Market players, though, seem eager not to get caught unaware by the next recession, and the discussion in industry forums has turned to whether the bubble is about to burst. One warning sign is that the Moody’s/Real Capital Analytics Commercial Property Price Index (CPPI) dropped in February, its first negative month since the recovery began in January 2010. Other market analysts are saying that real estate is in the “ninth inning” of the cycle.

Is it time to head for the exits? Concerns are not unwarranted, as there are many similarities between today’s market and that in 2007. Among them: